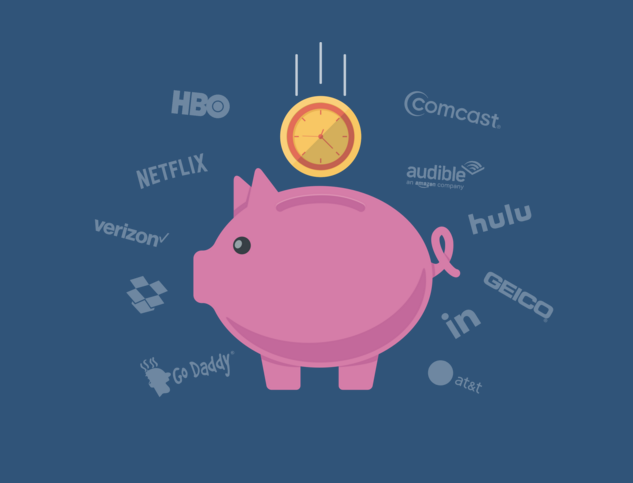 When Yahya Mokhtarzada discovered he’d been paying a monthly subscription fee to an airplane Wi-Fi provider for months, he was so annoyed that he started a company. That company is TrueBill, which recently graduated from the Y Combinator startup accelerator and raised $350,000 in seed funding from angel investors, including Facebook executive David Marcus.

Subscription commerce has been a popular business model over the last five years, in part because it creates predictable revenue. Consumers can order subscription makeup samples (Birchbox and Ipsy), meal kits (Blue Apron, Plated, and HelloFresh), diapers (Amazon, Target, Honest Company), razors (Dollar Shave Club), and so on. There are at least five sock of the month clubs. Since January 2014, the average TrueBill user has doubled the number of recurring fees they pay from 5.5 to 11.

But there are plenty of bad actors in the “sub-comm” category. Many companies, especially airplane Wi-Fi providers or free credit check providers, make it difficult to cancel or don’t make it clear that they’re going to keep charging anyone that signs up. Beyond that, it’s just difficult to manage all the automatic payments and shipments in your life. I can’t count the number of times a box of Blue Apron food, costing $60, has shown up on my doorstep while I was out of town because I forgot to cancel that week’s order far enough in advance. Or the many “credits” a certain shoe subscription service charged to my account because the only way to cancel after a promotional offer was to call a phone number that no one seemed to answer.

TrueBill is meant help users identify subscriptions they may not know about and cancel the tricky ones. It does that by connecting to its users’ bank accounts and credit cards. Since it launched earlier this year, Truebill has seen approximately 12,000 people use its service, and 60% of them have cancelled at least one subscription. The average user that does so saves an average of $512 a year, Mokhtarzada says. (See below for a chart of the most-cancelled subscriptions, according to TrueBill.)

For hard-to-cancel subscriptions like gym memberships, TrueBill has figured out ways to automate the process. Gyms require sending letters, which TrueBill can do automatically. “Every (method) we use to cancel, we document the quickest way to do so,” Mokhtarzada says. TrueBill has also built software that monitors accounts to make sure cancellations go through.

The services with the highest cancellation rates tend to be services that people only need once but get charged as subscriptions. Stamps, faxing, background checks, and credit checks all come to mind, according to Mokhtarzada.

Despite its company’s primary function, Mokhtarzada says TrueBill takes a positive view of subscriptions–the problem is usually that customers are mismanaging their subscriptions (as I often do with Blue Apron). TrueBill’s goal is to be a one-stop platform for people manage all of their subscriptions. Which Mokhtarzada believes will eventually lead to the company’s somewhat ironic business model: Subscription discovery. The plan is to show people new subscriptions and enable them to earn referral fees for every new one.

It seems to go directly against TrueBill’s reason for existing, but Mokhtarzada insists it makes sense. “We’re not interested in blasting offers,” he says. “If a user identifies a service they want, [we’re interested in] letting them get that and personalize it in a way it fits their life in as easy and usable way as possible.”