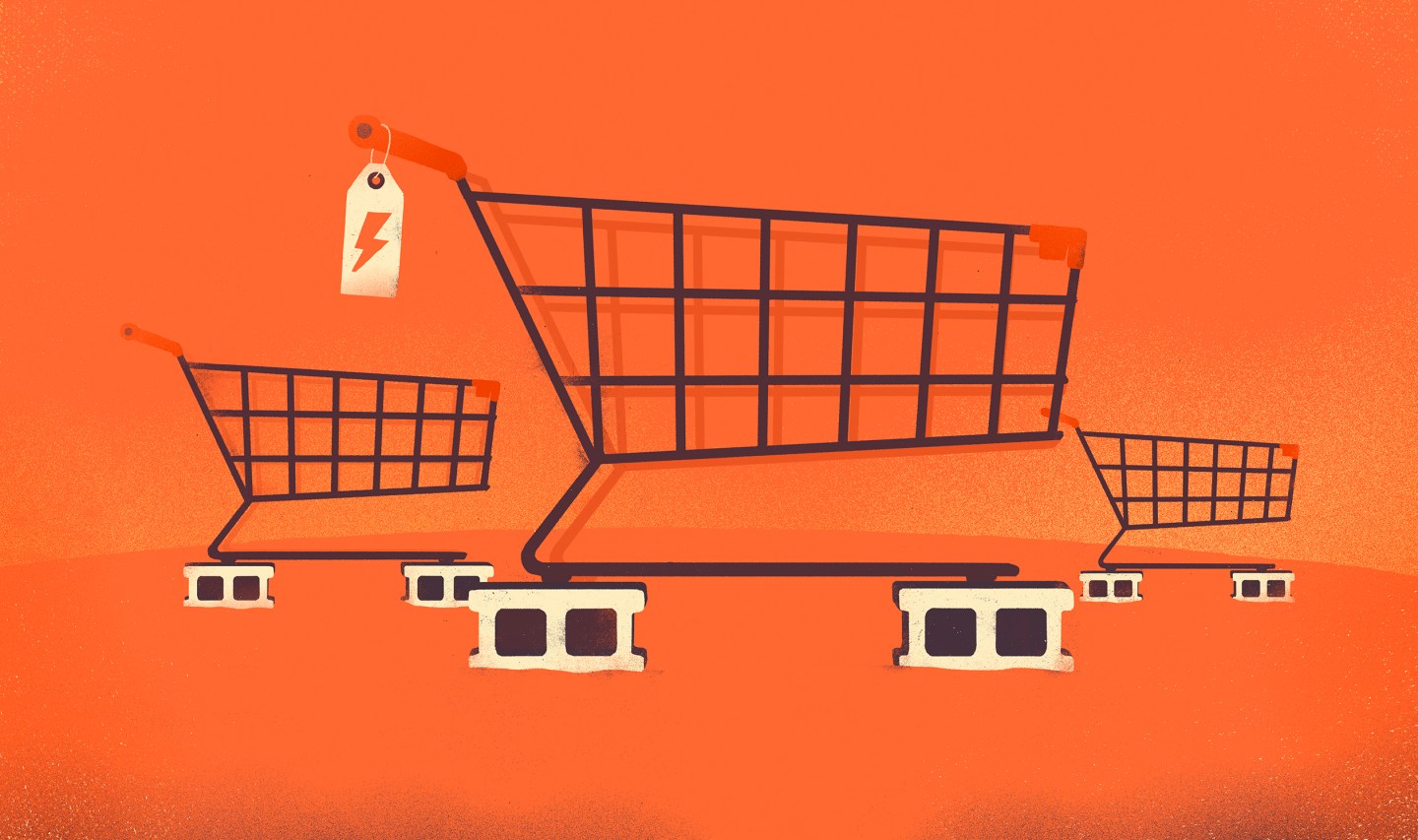 💥A Boom with a View💥 is a column about startups and the technology industry, written by Erin Griffith. Some columns are commentary; others are a compilation of links, Tweets, and charts. Some are both. Others are neither. Find them all here: fortune.com/boom.

It’s hard to name a category of startups that has struggled to produce big, billion-dollar exits more than e-commerce. Competing with Amazon (AMZN) isn’t easy, it turns out, and aspiring Davids have turned to ever more novel strategies to differentiate themselves from Goliath. The problem? Like anything trendy, each new twist on the e-commerce model eventually goes out of style.

Perhaps you remember the great subscription commerce wave of 2012—as I called it, stuff-in-a-box. It was a clever way to score recurring revenue by sending subscribers a container of curated stuff they didn’t even know they wanted. It didn’t take long for each new stuff-in-a-box startup to feel increasingly ridiculous: subscription perfumes, dog toys, cured meats, even stilettos hawked by Kim Kardashian. Investors quickly realized the model was little more than a 21st-century twist on the Jam of the Month club, and the subsequent shakeout, marked by mergers, shutdowns, and pivots, happened quietly.

After subscription commerce came “content and commerce,” a trend that peaked so fast it’s more of a blip than a full-fledged fad. The idea—tacking an editorial operation onto a store—failed to increase profits for most startups, and last year the leader of the pack, Thrillist, split its e-commerce and media businesses. Founder Ben Lerer conceded to technology website Recode that it was “not the most productive” for the two to share resources.

Lately the hottest thing in e-commerce is “ClassPass for X,” a trend that combines monthly subscription fees with experiences. (Millennials love experiences, I’m told.) It follows the success of ClassPass, a well-funded startup that sells unlimited fitness classes at participating studios for about $100 a month. There is already a ClassPass for hair blowouts (Vive; $65 per month), massages (Zeel’s Zeelot program; cost varies), and live music (Jukely; $25 per month). It’s too soon to call this new model a fad, but if past e-commerce innovations are any indication, it may not be long for this world.

All of these recent e-commerce models are descendants of the mother of all retail fads: flash sales. With the January acquisition of Gilt Groupe at a painfully low price—it raised $280 million but sold for just $250 million—the model has finally croaked. Flash sales (and its cousin, daily deals) suffered from oversaturation. Copycats drove up the price of acquiring customers, which accelerated startups’ burn rates, and prompted shopper “deal fatigue.” When it became clear in 2012 that Groupon (GRPN) and Gilt would not live up to their soaring expectations, copycats pivoted away from the model. But instead of focusing on the fundamentals (supply-chain management, say, or customer service), many of them simply latched onto the next hot strategy.

With such carnage, it’s puzzling that so many e-commerce entrepreneurs continue to chase buzzy new business models. But the explanation is simple: As long as there’s an Amazon, there will be e-commerce fads. The Jeff Bezos–led behemoth has already won on price, selection, and service. All that leaves is novelty.

A version of this article appears in the February 1, 2016 issue of Fortune with the headline “When the Wheels Fall Off.”