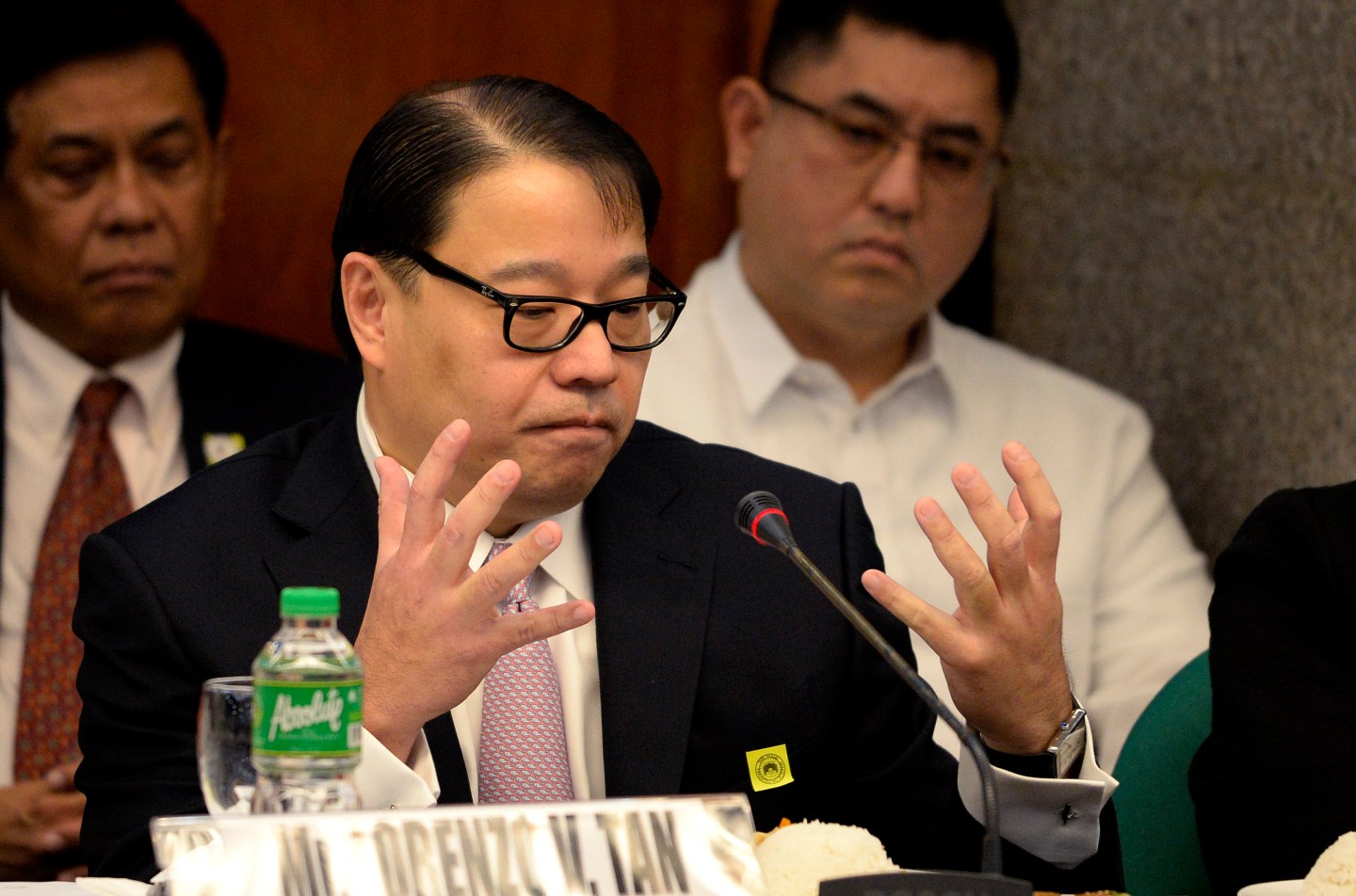 A Chinese junket operator in Manila said on Tuesday that two high-rollers from Beijing and Macau were responsible for bringing $81 million stolen by hackers from Bangladesh’s central bank into the Philippines.

Kim Wong, a long-time Chinese resident of the Philippines, denied any wrongdoing or knowledge of who masterminded one of world’s biggest cyber heists, but vowed to give back a small portion of the money with him.

He told a Senate hearing in Manila he would return $4.63 million in cash to a government watchdog investigating what appears to be a Byzantine money-laundering scheme.

Unidentified hackers infiltrated the computer systems of Bangladesh Bank in early February and tried to steal $951 million from an account at the Federal Reserve Bank of New York it uses for international settlements.

Many attempted transfers were blocked, but $81 million ended up in casinos in Manila and with junket operators, and most of it vanished.

Finding out where it went has sorely challenged the Senate hearing, now on its third day and already hamstrung by the country’s strict banking secrecy and by casinos not covered by anti-money laundering laws.

Wong denied any involvement in the heist, but named two Chinese men from Beijing and Macau who he said “brought in” the $81 million.

One billion pesos ($21 million) of the stolen funds ended up in a Philippine bank account of Eastern Hawaii, a company run by Wong, according to a criminal complaint filed by the Philippines’ Anti-Money Laundering Council (AMLC).

Wong said he was owed 450 million pesos by one of the Chinese men after helping him settle a casino debt. The rest was used to buy gambling chips for junket clients, Wong said.

Wong also said he had received a further $5 million in stolen money via Philrem, a foreign exchange broker, of which $4.63 million remained, and which he was willing to return.

An official at Solaire, a casino resort owned and operated by Bloomberry Resorts, told the same hearing that $29 million ended up with them and was credited to an account of the Macau-based high-roller.

With the credibility of the Philippines’ banking system and anti-money laundering efforts at stake, part of the hearing was held in English for the sake of what its chairman called “foreign observers.” They included Bangladesh’s ambassador to the Philippines.

Some of the day’s testiest exchanges were between senators and representatives of the Rizal Commercial Banking (RCBC), which initially received the stolen money from the Bangladesh bank account in New York.

The $81 million was deposited in four dollar accounts at an RCBC branch in Manila on Feb. 4.

The accounts had been opened with a deposit of $500 in May 2015 and been inactive until receiving the stolen money, said the AMLC’s criminal complaint.

According to an AMLC document seen by Reuters, five withdrawals were made from the accounts on Feb. 9, leaving only $68,305 of the $81 million.

At the hearing, RCBC president Lorenzo Tan came under fire for not acknowledging the transactions as suspicious until the money was gone.

Tan told the hearing that even transactions of $400 million or more could be dealt with by branch offices without raising red flags with senior officials at headquarters.

Larger sums might “raise alarm bells,” said Tan, adding that his staff would inform him of such a transaction at the end of the day.

“The money would be long gone—goodbye!—before it comes to you at the end of the day,” scoffed Senator Sergio Osmeña, accusing the bank of “very poor compliance.”

Citing the country’s strict banking secrecy laws, a lawyer for RCBC said the bank could not reveal anything about the four accounts, even though it had been established that they had been opened using false documents.

“The law does not allow us to speak about these deposits,” said Maria Celia Estavillo.

The Senate hearing continues next week.