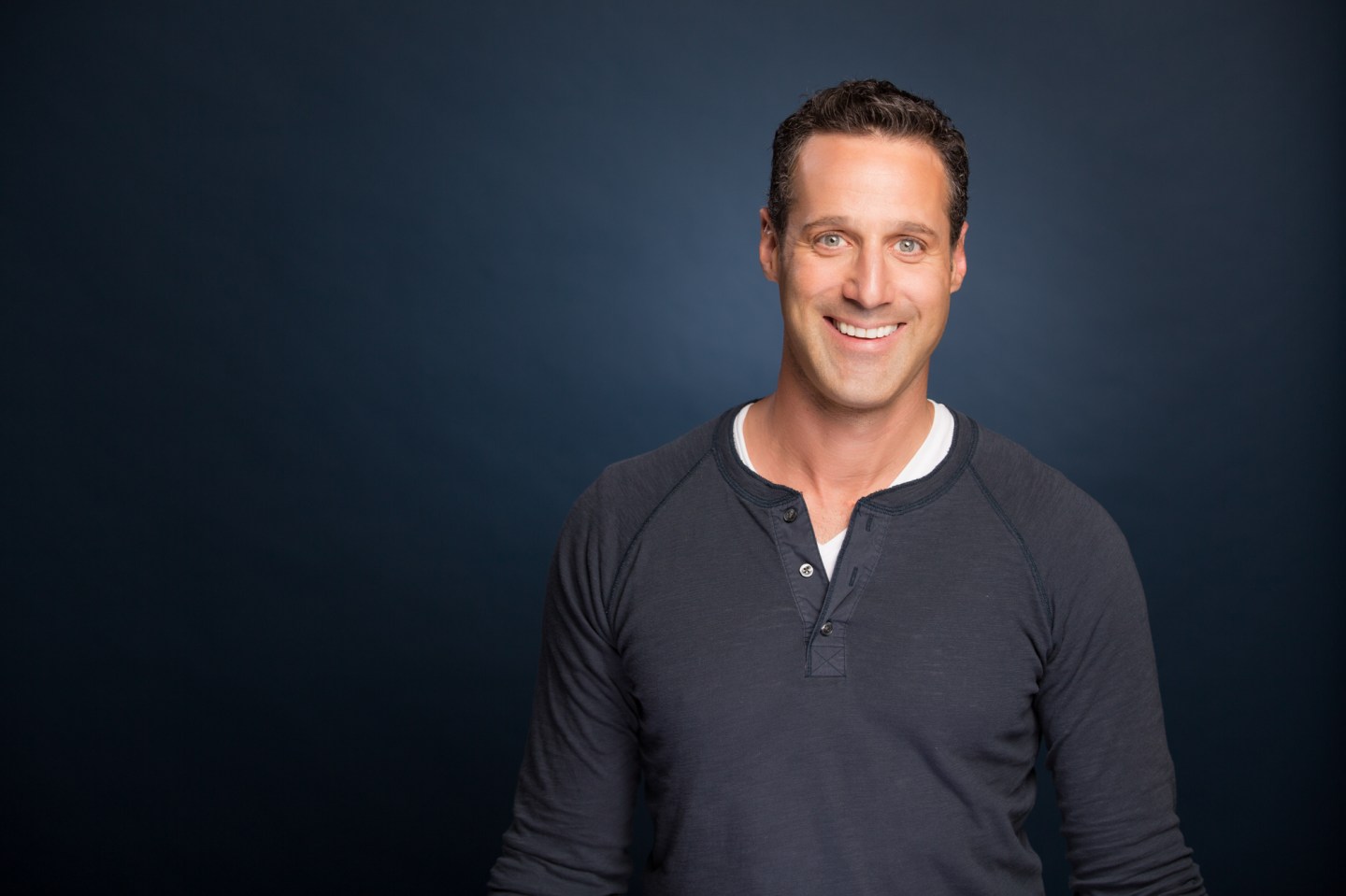 Facebook (FB) paid $2 billion for Oculus VR back in 2014. On March 28, the company will launch the $600 consumer edition of Oculus Rift into the global marketplace with 30 games. Oculus will be first to market on the PC virtual reality front, but followed closely by Valve and HTC’s $800 Vive on April 5, which will launch with 50 games. And Sony has its $400 PlayStation VR launching in October with over 50 games planned for 2016.

Jason Rubin, head of studios at Oculus VR, has been making games for over 30 years. The former co-founder of Naughty Dog launched franchises such as Crash Bandicoot and Jak & Daxter, which helped Sony sell its PlayStation consoles. Rubin oversaw the launch of 14 games at the studio, which sold over 35 million copies and generated over $1 billion in revenue.

The former game programmer and director currently oversees Oculus’ first-party studios in Seattle, San Francisco, Dallas, and Menlo Park and Irvine, Calif., while working with third-party game companies developing for Oculus Rift. Over 100 games will be available for the Rift by the end of the year. In this exclusive Fortune interview, Rubin explains why virtual reality is a “paradigm shift” in the games industry, and why Oculus is encouraging innovation in gaming rather than focusing on exclusive titles.

When you look at the history of video games, is there anything you can compare this leap to virtual reality to in terms of jumps in technology over the decades?

The jump from 2D to 3D graphics is the closest in terms of a technological leap, but that is not an accurate comparison. The leap between current generation flat, screen-based games and cutting-edge VR games is exploring uncharted territory, and that is what excites developers and gets them to push creation boundaries.

What opportunities is virtual reality opening up for independent developers at this early stage?

The opportunity in front of indie developers is similar to the opportunity they had at the beginning of the social/mobile game revolution. Big, established developers and publishers were focused on their current console and PC products and dismissed the new platform as “unproven with a small user base.” The indie teams that got in and started learning, even if their first few titles weren’t breakout hits, were way ahead of the rest of the industry when the platform hockey-sticked. The Rovio, Zynga, Playdom, Playfish, etc. of the VR world will similarly rise from those that get in early and start learning.

What have you learned from experimentation by these developers in terms of what works well in virtual reality?

There are many, but my favorite is that ability to create fully realized new worlds where you experience and feel the fiction of the created world. Everyone that got into games always dreamed of doing this, and now they finally can. Games in VR give you a whole new mental and physical attachment to the fictional world that terrestrial games cannot.

How much a rewriting of the rules are you seeing from the history of game design when it comes to exploring virtual reality?

VR is a paradigm shift. The previous shift between 2D and 3D and VR opened up entirely new types of games and improves upon existing types of games. Mobile was a shift in business model and style, but not a push forward in technology. VR is an entirely new game medium, a revolution rather than the evolution like you see with consoles going from one generation to the next. The concepts, core set of development, best practices, and ideas that work with terrestrial game development are being reinvented for VR. The very language of VR gaming, film, and entertainment has not yet been formalized.

What role do you see established franchises such as Rock Band playing in the virtual reality landscape early?

Both established franchises and new IP play equally important roles in the early VR landscape. Even though games like Rock Band and Minecraft are established brands, playing them on Oculus provides a far more powerful experience that makes them feel brand new. There are some genres like driving or flying that demanded to be VR long before VR was an option. Developers “faked” being in a car by allowing you to turn your head using buttons or other mechanisms. VR simply unlocks the natural head turning that was always supposed to be there.

Ditto with Rock Band. The experience of being a rock star was hampered by the old tech. VR fulfills the dream as it was meant to be fulfilled. In other cases, VR opens new experiences that never made sense on past gaming platforms. Games like The Climb, Job Simulator, etc. are made possible by VR, rather than finally being fully realized by VR. In the former example of games that always wanted VR, franchises will move over. In the latter case of new experiences made possible by VR, new franchises will be created.

What are you looking for in building out your launch lineup for Oculus this year?

At launch, we will have 30 games available, as well as experiences, real-time, and filmed 360-degree movie content, 360 photos, plus some other unannounced experiences and entertainment. Between launch on March 28 and the end of 2016, Oculus is aware of more than 100 video games that will come to Rift. And we are excited by, but unaware of dozens more that developers will simply show up with between now and then. Our lineup is more robust, higher quality, and offers a wider array of genres than any other platform launch in recent memory.

How broad an audience are you targeting at first and how do you see this evolving into year 2 and later?

The growth of VR will most likely resemble a hockey stick. At some point, in the next couple years, we will experience an explosion of mass consumer adoption. Until that time, we will see a steady increase, beginning with early adopters and VR enthusiasts. Everyone in the industry is sure the platform will hockey-stick, but when precisely that will happen will be determined by software, hardware, and price developments over the next few years.

Any traditional console will see huge leaps from first-generation games to second-generation and so on with new technology. How do you see that type of knowledge impacting the second generation of games versus what you’re seeing in launch titles?

VR development is in its infancy. Best practices are being defined now, and the development process for futures generations will be better for it. The future titles will be even more impressive because of the first generation’s learning curve. Additionally, engine designers are now focused on 3D stereo rendering, rendering for VR headsets specific needs, and other optimizations that are driven by VR. So the amount of content that can be created on the same hardware platform will greatly increase over the next few years as the underlying engines gain power through better code. The future promises to look radically better than the present, even if the underlying hardware doesn’t change.

How important do you feel exclusive games will be in virtual reality, versus cross-platform games that will be playable across Oculus, HTC Vive, and PlayStation VR?

The more content that is created, the better the VR industry does. Because we are in the beginning of the learning curve, every new idea helps create forward momentum in learning how to deliver great entertainment. Producing select titles through direct funding and production, as we have with Oculus Studios, is one of the ways to create titles that otherwise would not have existed. We welcome the same approach by others in the industry as a net positive for VR. But this is not the only way we can push the industry forward.

We have also created programs like the $10 million Indie Developer Fund to help foster growth across a broad range of developers. We ask no exclusivity in exchange for these grants. And, of course, we support third parties who self-fund their content through grants, marketing partnerships, and exposure. Of the 30 launch titles we have shown publicly, two-thirds have no exclusivity terms but more than two-thirds received some form of investment from Oculus. We are serious about VR, and that means we have to invest in the ecosystem. All of these investment approaches create opportunities for developers to learn, take risks, and bring more games to market to push VR forward. That is good for Oculus, good for the consumer, and good for VR.