Blendle Launches its ‘iTunes for News’ Service in the U.S. But Will it Work? 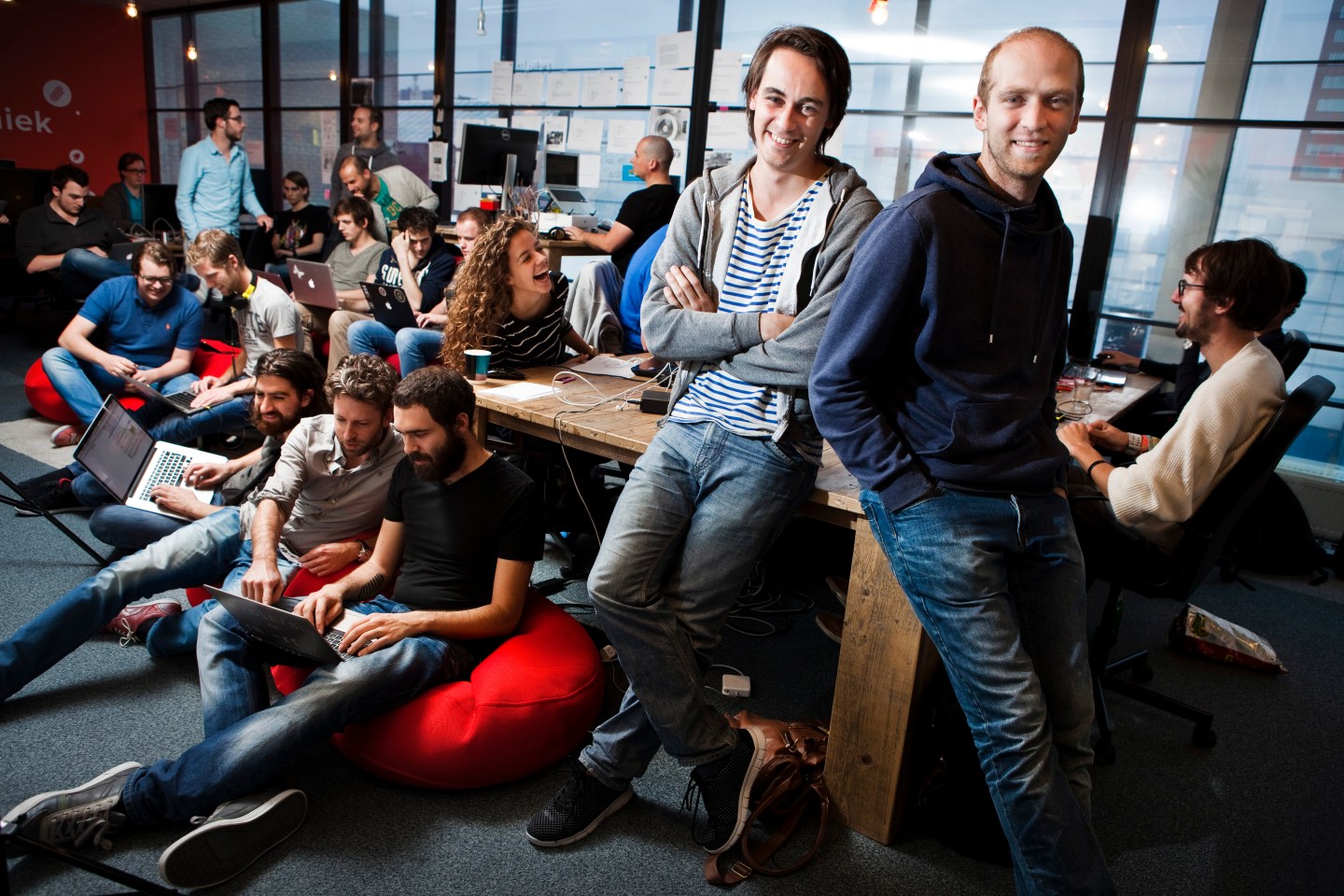 A number of companies have tried to bring micro-payments to the journalism industry before—to transform the way people consume news articles just as iTunes and Spotify have changed music—but all of them have failed. That isn’t stopping Blendle, however. The Dutch startup launched its ‘iTunes for news’ service in the U.S. on Wednesday, and believes it has what it takes to succeed.

Blendle has been offering its micro-payment service in the Netherlands since 2014 and expanded into Germany last year. It says it has signed up a total of 650,000 users—about 20% of whom have paid for access to at least one article. Now, the company has set its sights on the United States, and it has lined up some big-name partners such as the New York Times, the Wall Street Journal, the Economist and Time Inc. (which owns Fortune).

In the same way users do in the other countries where Blendle operates, U.S. users will be able to sign up and connect a credit card to their account, and then they will be able to pay a small amount (between 9 and 49 cents each) to read individual articles submitted by Blendle’s partners. The media companies in question decide which articles are available and how much they cost, and they keep 70% of the revenue. The service is starting with a beta group of about 10,000 users.

I’ve been following Blendle’s progress ever since it launched, and I’m on record as being skeptical about its ability to make its micro-paywall work outside of countries like the Netherlands and Germany, where a language barrier insulates the media business from competition to some extent. I spoke with Blendle co-founder Alexander Klopping about the U.S. launch, and why he thinks he can succeed where others haven’t. A transcript of our discussion is below, edited for length and clarity.

Fortune: To recap, why did you decide to start Blendle?

Klopping: My co-founder Martin Blankesteijn and I were both working as journalists, and we thought it was quite strange that music had Spotify and video had Netflix, but journalism didn’t have its own platform where people could pay for it. We started going to publishers in Holland, and then we got funding from a Dutch foundation and built a prototype, and more and more publishers started saying they liked the idea. We launched in April of 2014, and then we got funding from Axel Springer in Germany and also from the New York Times.

Fortune: Was launching in the U.S. always the plan?

Klopping: Not at all. In fact, the day before we launched in Holland I wasn’t even sure whether anyone but journalists would be interested! The U.S. wasn’t even a dream at that point. But we had an enormous amount of interest when we launched, the Economist [also a Blendle partner] was at our launch party. The same thing happened in Germany—and even in the U.S., we don’t really have to explain Blendle any more because publishers have heard of us.

Klopping: Whenever you ask people “would you like to pay for journalism?” most people shrug. Why would they? But then most people responded the same way 10 years ago when asked about paying for music. I never thought I would pay $10 a month for Spotify, but I do. It’s not just about access to music, but also the app is really nice, my friends are on it, it helps me find music with Discover. When you think about journalism, having one account for everything, a service that helps you find and pay for the best stuff—that doesn’t exist. And it didn’t exist for music, but then it happened.

Fortune: So it’s not just about payment, but also curation?

Klopping: Yes. We hire editors, and those editors read everything on the platform, and they figure out staff picks. They choose the most interesting stories and they also choose stories that fit into categories or sections, and when a user shows interest in articles from a section we show them more. So there’s human curation plus a layer on top that is algorithmic. And on top of that there’s a social graph, so when your Twitter friends have shared an article that’s a good indication you might like it.

Fortune: Why do you think Blendle is the right solution?

Klopping: When you think about what has been tried so far to come up with a sustainable model, the only thing that has really been tried is paywalls, a meter or a hard one. Some media companies are quite successful, like the New York Times, but there are others for whom they don’t really work at all. I think Spotify worked because it is a really great product, and we are trying to do the same thing. I think we have found a way of executing that will offer something for users, and that’s what we are going to see—whether we have what it takes to do that.

Fortune: Is that why you have high-profile partners?

Klopping: I think one reason why platforms like this haven’t existed before is because it’s really hard to make all these publishers work together. When you look at the list of partners we have, I’m honestly honored the amount of high-profile publishers we have signed up. For many, it’s for sure an experiment but everyone is looking to learn from this—how quickly can it grow, what types of content are people willing to pay for, what’s the price point people will pay at? Will micro-payments just be a funnel to subscriptions or can they be a source of revenue on their own?

Fortune: What makes you think Blendle will succeed where others failed?

Klopping: I think timing is one thing—people pay for games, they pay for Netflix, they pay for Spotify. It’s become more normal to pay for services on the web. The other thing is don’t think a platform like this has been tried at this scale, where it’s easy to discover and pay for, with the number of publishers and the scale of them like Conde Nast and the New Yorker and so on. I think we combine a couple of things—it’s not only that we do payment on one site, and with one account you can access this range of sources, we also make it easier for users to find content that’s relevant for them on a single platform. And that’s a big part of the value people see in it.

Klopping: Not really, no. One of the things we’ve found is that news is just not something people want to pay for. That’s not to say it can’t be monetized somehow, but our experience has not been great for news, the sort of news of the day—people just don’t pay for it. But longer, more in-depth works well. My hope is that we can help pieces from smaller magazines or even larger publishers that are trapped behind paywalls find more readers. Even publishers that put everything on their website for free, I like to think that maybe we can help people find it better than they might otherwise. And we don’t have any ads at all, and I think there are people who like to have that experience.

Fortune: Do you see Facebook’s Instant Articles as competition?

Klopping: A number of tech companies have been trying to control the distribution of journalism, but they have mostly focused on advertising—there has been some talk about supporting paywalls but we haven’t seen much so far. There’s a huge disconnect between what publishers want, which is more diverse sources of revenue and a direct relationship with readers, and platforms that are mostly just forcing them into ad models. I see us as one of the few companies that is trying to have the best of both worlds, so easy discovery plus payment, whether micro-payments or subscriptions.

Fortune: Is Blendle working on becoming a paywall provider as well as an app?

Klopping: We have worked with a Dutch publisher to implement a Blendle button on their site, so that users can just click and buy a single article on their website with the funds from their Blendle account. And we worked with a German media blogger to offer a one-click subscription signup on his site. That kind of thing is a lot of hassle, and I think that’s one reason why people don’t do it, so if we can help with that then maybe Blendle could become this all-in-one pass. I think journalism needs a centralized system like this because it’s just too hard. We see Blendle as a lab for how we can create a sustainable model for journalism.

Fortune: And you have no doubt Blendle will find a market?