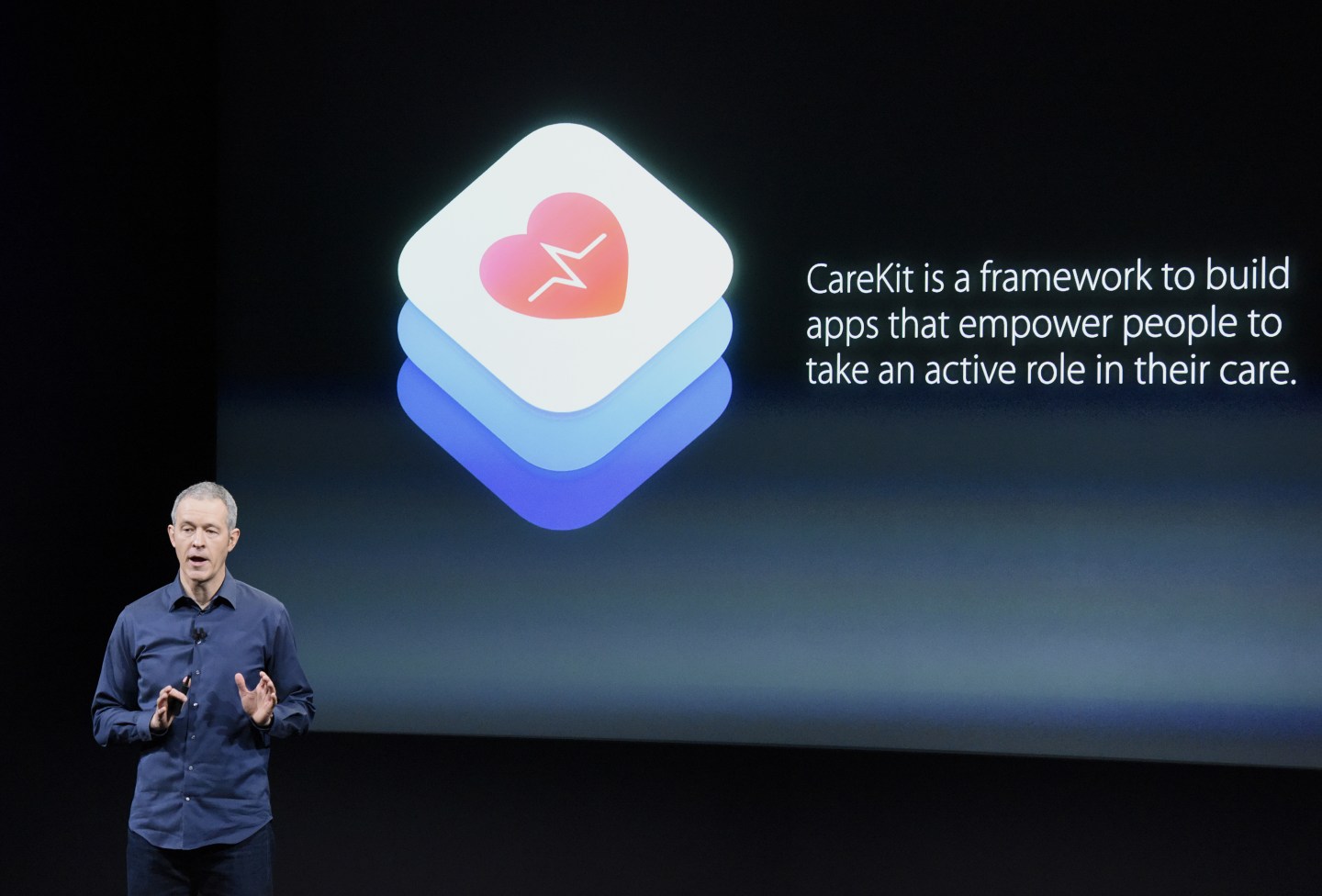 Front and center at Apple’s media event on Monday was the company’s strategy to advance digital healthcare and medical research.

As part of this push, the tech giant debuted CareKit, designed to enable developers and medical institutions to create mobile apps to help patients manage health.

With Apple’s CareKit, developers can create apps that allows people to track their individual care plans, such as taking certain medications or completing physical therapy exercises. Many of these activities can be automatically be tracked using sensors in the iPhone and Apple Watch.

Apple is already working with the Texas Medical Center to produce an app allowing physicians to track post-surgery care for patients. Another app helps patients with Parkinson’s Disease to monitor the effectiveness of medications. Antidepressant app Start will helps people on antidepressant medication understand if treatments are working or not.

Apple’s chief operating officer, Jeff Williams, noted that ResearchKit is already helping create the largest Parkinson’s Disease study in the world. The platform has also been used to identify Asthma triggers across all 50 U.S. states as well as determine that there are actual subsets of Type 2 Diabetes.

Apple said CareKit will be released in April.