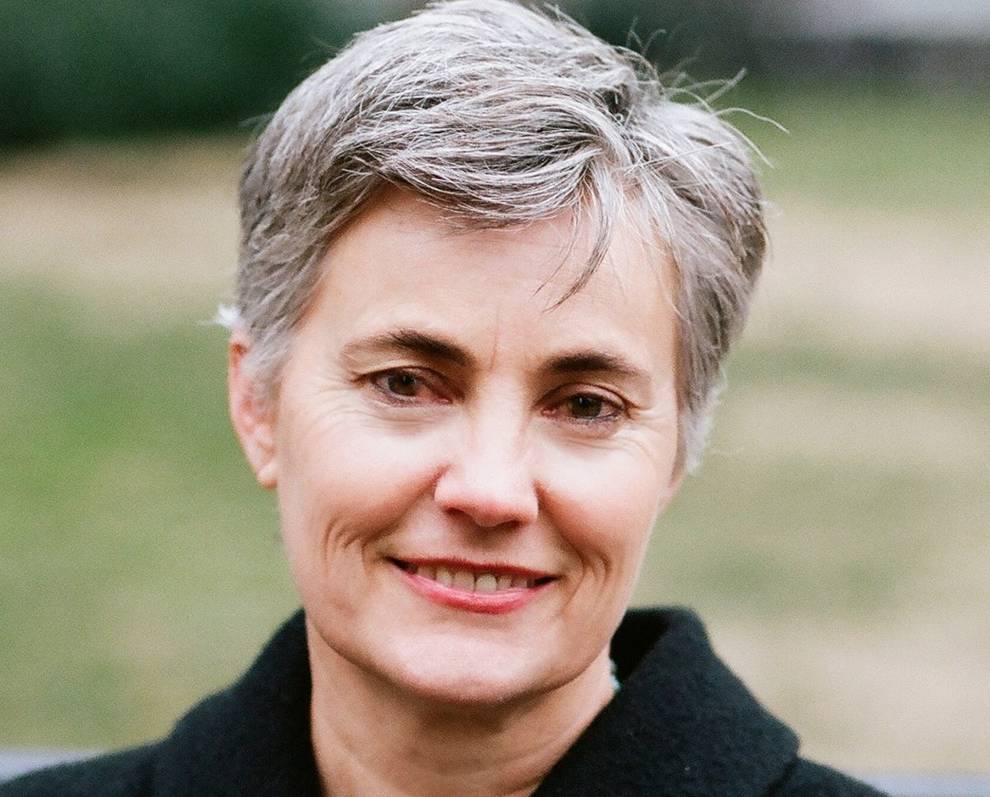 The sharing economy has changed the way we rent cars, and if Robin Chase has anything to say about it, it will soon change the way we use our phones and computers.

Chase, cofounder and former CEO of Zipcar, is credited with helping create this new business model, which has since spawned the likes of Uber and Airbnb. The Boston-based transportation entrepreneur is now applying some of the same principles that made her car-sharing company a success to data distribution using Veniam, which is creating what she calls “an Internet of moving things.”

I chatted with Chase recently about “mesh networks,” the gig economy, and the importance of building the world you want to live in. Below is an edited and condensed version of the interview. You can hear the full interview on Inflection Point.

Fortune: You’re well known for starting Zipcar, which turned the car rental model on its head. What problem were you trying to solve when you formed that idea?

Robin Chase: A problem that I personally had, which was that I wanted to use a car sometimes, and I definitely didn’t want to own one. If we think about car rental, it’s a pain in the neck. It takes you 20 minutes to stand in that line, it’s inconvenient, and you have to do it in 24-hour bundles. I really wanted a car by the hour that was right in my neighborhood—and I saw that the technology that was available was ripe for being used in that way.

The Internet is made to share specific resources among lot of people really easily, wireless made it possible to get that reservation from the Internet to the car. We just were at the right place at the right time and thought of using those tools before anyone else did.

When Zipcar was sold to Avis in 2013, some people said it was a bad sign for innovation—that a new idea like this was sold to an old-school kind of company. What do you think?

I think we’re in the middle of a huge business paradigm shift—and Zipcar was a start. Legacy companies have so much invested in the status quo way of doing things that they have a hard time arranging their assets in this new way. The only way they’re going to survive is by buying these new companies.

What about these new mesh networks that you’re working on? Can you explain what those are?

My obsession for mesh networking comes very much from what I understood as the beauty of Zipcar. With Zipcar, I, Robin Chase, have access to 10,000 cars around the world. It was each one of us buying our one or two hours of cars that delivered us a whole fleet of vehicles that we now have shared. Mesh networking is very similar to that idea.

With mesh networking, we can leverage all of the wireless devices in the world to create among themselves a wireless Internet. We don’t have to pay to build new infrastructures. You’re using already built, already paid for, already existing infrastructures to create this wireless network.

A first step to that end is a company that I co-founded four years ago called Veniam, which is building that mesh network among vehicles in urban areas. The cars have a wireless box inside them and can talk among themselves, they can talk to WiFi, and they can talk to cellular, but the end results for us as individuals is that we can always fall back on the most reliable and lowest-cost wireless infrastructure. That we don’t get stuck in black holes in urban areas. We don’t have to pay gigantic amounts of money for our data plan because the data is being sent in between the cars or directly into WiFi and not having to go to cell tower every single time.

You’ve got some pilot cities for Veniam mesh networks, but they’re not implemented in the United States at this point right?

They’re not at this exact second but very shortly they will be in some major metro areas.

When your kids were younger, how did they talk about what mom does?

How do you think the gig economy is changing our world?

There’s this sentence I heard, and now use all the time: “My father had one job in his lifetime, I’ll have six jobs in my lifetime, and my children will have six jobs at the same time.” Forty percent of Americans right now have more than one job and are pursuing more than one thing at one time. As we think of this as the gig economy or on-demand economy and it transforms how we work and how we think about ourselves.

I read an article that said 40% of the jobs out there are make-works jobs and that 85% of the people don’t really care about the work that they’re doing. That’s a sad thought that we’re spending 40-plus hours a week on things that we don’t really care about. I think this new world where we can do six things at the same time and think of income streams instead of salaries has a potential to be a better and more delightful one. Getting there right now is difficult because social safety nets and benefits are all tied to full-time labor. We need to change those values away from being associated with full-time labor to something that is available to everyone as they’re doing their six jobs.

I know that you’re very passionate about the environment. How does that tie in to what you focus your efforts on?

Every time we make use of a resource more efficiently—be it houses, cars, roads, networks—that’s a huge win from an environmental sustainability standpoint. We’re going to need the participation of many more people on the planet than just a few “activists.” I think what’s happening in the transportation sector is really incredibly revolutionary. How people think about their private cars and car ownership is really transforming. Each shared Zipcar is replacing 15 cars and making 40 people car satisfied with fewer resources. That’s an amazing thing if we think about smart grids where we have renewables on top of people houses or factories contributing and creating one big smart grid. That’s going to be powerful and fast instead of building brand new giant factories to produce energy.

When we talk about smart cities and smart homes, all of that is getting at this new collaborative way of working with data and assets that are joined together to become much more efficiently and thoughtfully used.

Did your childhood contribute to this worldview ? I understand your dad was a diplomat, and that you lived in the Middle East.

What’s the best advice that you’ve ever gotten?

“Let’s build the world you want to live in.” That’s what I did with Zipcar. Naysayers would tell me, “You can’t trust people to use the car. They’re never going to do the right thing. It’s going to get ruined.” I would say, “You know what? Most people I know are good people, and I’m going to build a company where we trust people and we’re going to let lots of people use the car.”

I was leveraging the vision and the idea of the world that I wanted to live in. I feel like that is a very important piece of advice for all entrepreneurs and all of us right now. Live the world you want to live in. Trust people. Believe in honesty. Think people are good. Trust in those things. By doing so you make them happen.