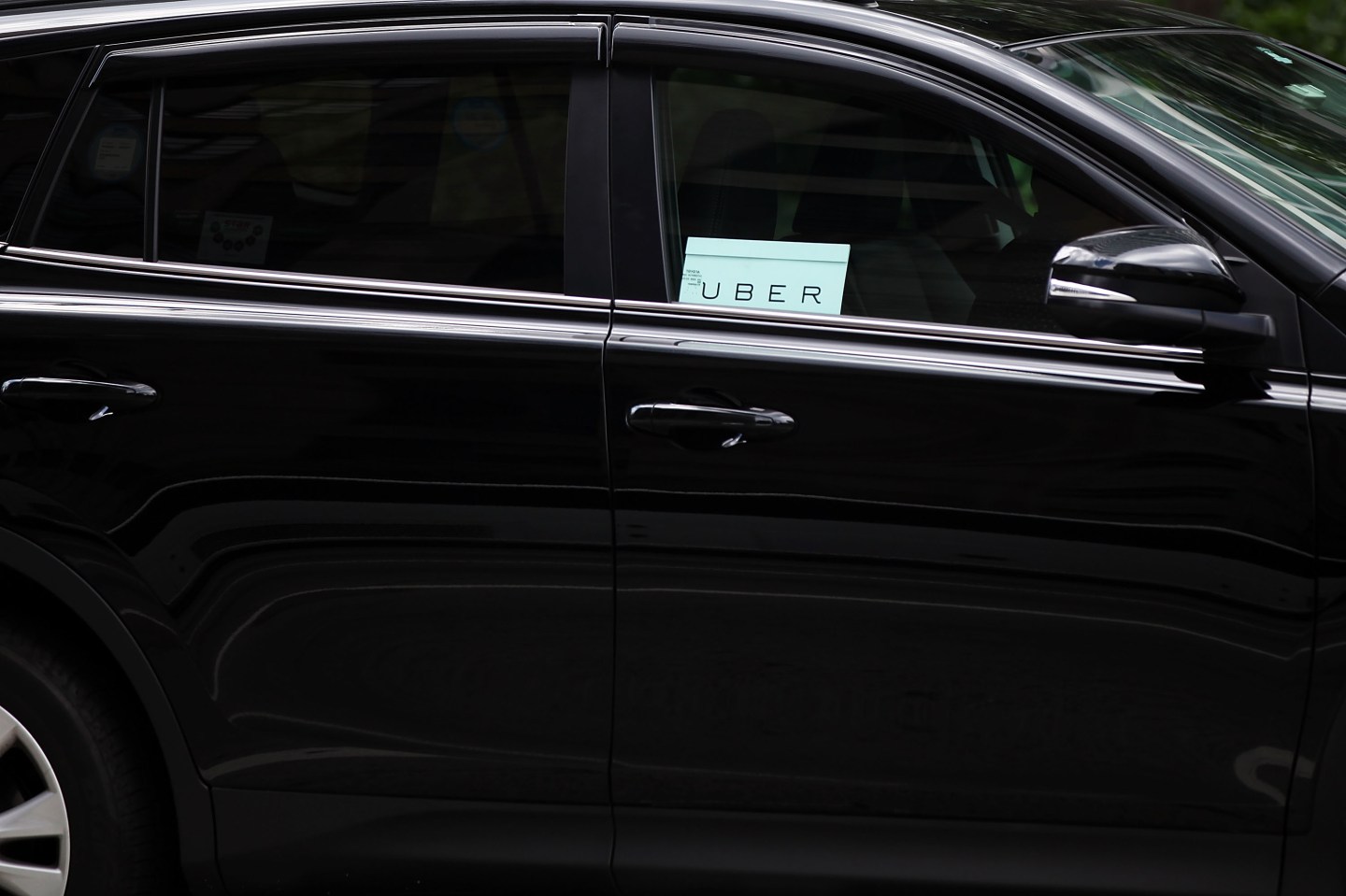 NEW YORK, NY - JULY 20: An Uber vehicle is viewed in Manhattan on July 20, 2015 in New York City. New York's City Council has proposed two bills last month to limit the number of new for-hire vehicles, as well as to study the rapidly rising industry's impact on traffic. Uber has responded in an open letter arguing that its 6,000 Uber cars out during an average hour are a small part of the city's overall traffic. In cities across the globe Uber has upended the traditional taxi concept with many drivers and governments taking action against the California based company. (Photo by Spencer Platt/Getty Images)
Photograph by Spencer Platt — Getty Images

Car-hailing provider Uber is now making it easier for drivers to collect cash whenever they want.

Uber on Thursday announced a new Instant Pay option for drivers in San Francisco. Drivers in the company’s hometown will be able to sign up for the Uber Debit Card from GoBank, a mobile business checking account offered by Green Dot Bank. Once in-hand, the debit card can be used at any time for drivers to cash out their earnings. Uber says that all transactions are free of charge and the debit card requires no minimum deposits or transaction fees.

Uber, which operates in nearly 400 cities around the world, explained in a statement that its decision to launch the pilot Instant Pay program is the result of “valued feedback from our driver-partners.” Currently, Uber drivers are paid once per week, forcing some of them who may need the cash earlier to wait several days before collecting on the fares earned by driving customers from one place to another.

Giving access to earned money quickly is something for which that critics have long targeted Uber and its competitor Lyft. The companies’ customers use a mobile app to tell drivers where to pick them up and where they’re headed. Customers then use credit card information on file in the respective apps to pay the companies directly. The driver then collects his or her fare once per week.

That stands in stark contrast to a traditional taxi driver, who may charge a cash-based rate whenever he or she hits the road. When the rider arrives at the destination, he or she pays the driver, and immediately, the driver has the cash he or she has earned in-hand.

Having the ability to collect cash immediately is critical for some of its drivers, Uber admitted in a statement. The company acknowledged that while some people are driving to “earn money on the side,” the cash generated from Uber is also sometimes used to “support your family.”

“Drivers say they’d like to have the flexibility to decide when to get paid too,” remarked Wayne Ting, Uber’s general manager for the Bay Area, in a statement. “Because sometimes life happens. And whether you’re saving up for something big or hitting the road to pay an unexpected bill, Uber can help you reach those goals.”

Still, Uber is a little behind the times. Competitor Lyft announced in December that it was launching its own platform, dubbed Express Pay, to let its drivers cash out whenever they wanted. That offering, which is available nationwide and not in testing, lets users access their cash via a mobile app once they make at least $50.

“We can’t think of a better way to treat you better than letting you get your money faster,” Lyft said in a statement to its drivers last year.

Although Uber tuned its announcement this week toward the San Francisco Bay Area market, company spokeswoman Jessica Santillo told Fortune that “the pilot is underway in several other cities, as well.” Santillo didn’t say, however, exactly where else Uber Instant Pay is now available.

Uber drivers hoping to get paid more quickly can sign up now for the Uber Debit Card. While it requires drivers to apply for the card, the bank will not perform a credit check. One other important point: unlike Lyft, Uber says there will be no minimum amount required for drivers to cash out.