Why Macy’s CEO Thinks the Amazon Threat is Overstated 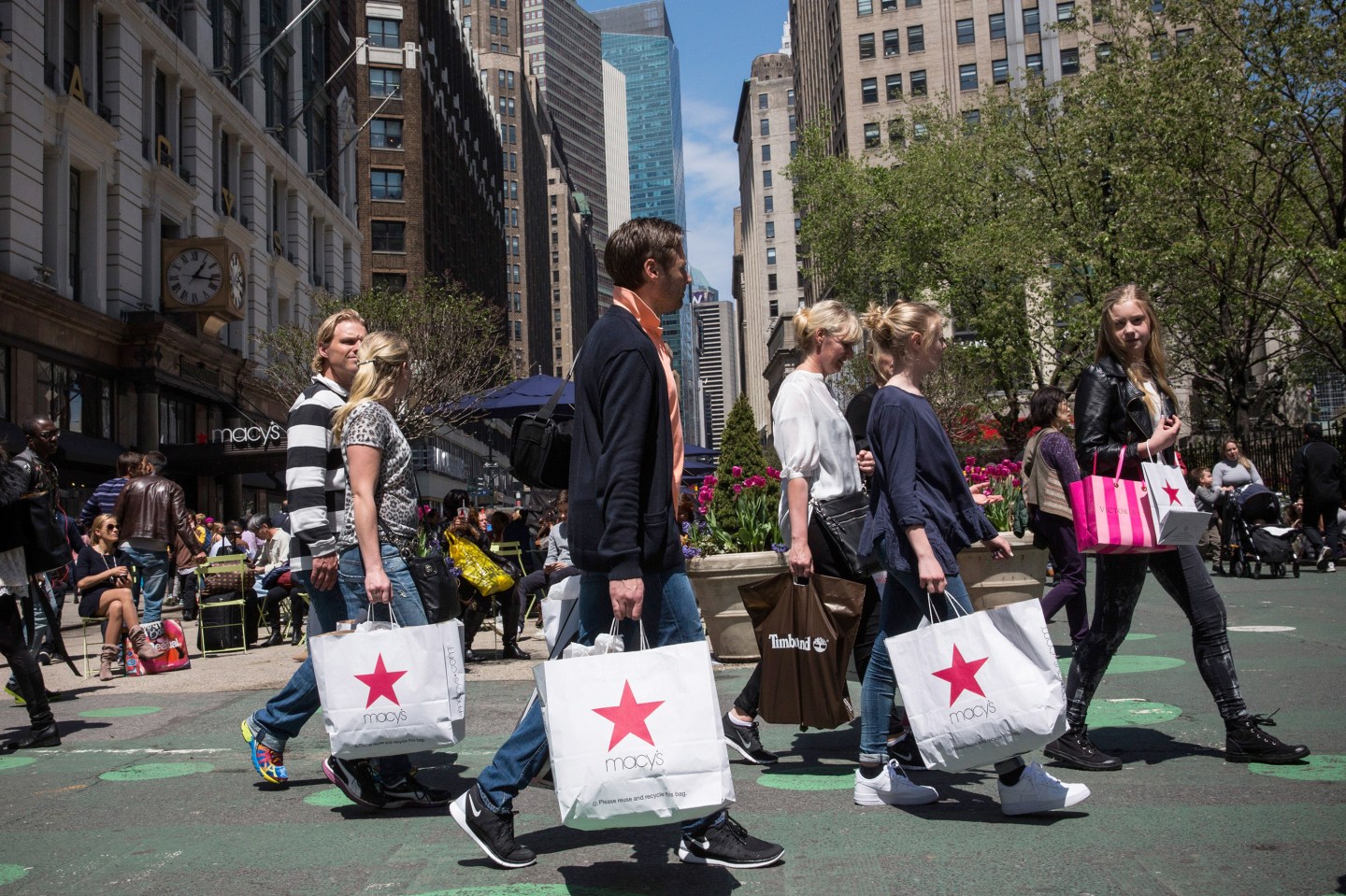 But the department store chain’s CEO says Macy’s nearly 800 namesake stores offer it a huge advantage over Amazon, given how shoppers tend to buy the same item in multiple sizes when they order online. And Macy’s can use its stores to handle returns, which lowers some of the shipping costs and offers another chance to win some sales while those customers are in stores.

According to a Cowen research report published in July, Amazon’s apparel business was on pace to hit $16.34 billion for the year, compared to $22.2 billion for Macy’s in 2015. But as Amazon pushes further into fashion beyond basic clothing, it could get dinged by all that merchandise being sent back.

“They’re going to have an interesting challenge when they start getting all those returns coming back online,” Macy’s Chief Executive Terry Lundgren told analysts at an investor conference in New York this week. He noted that shoppers typically order multiple sizes of the same piece of clothing, keep the one that fits, and send the rest back.

He added: “The large, large majority of online purchases which are returned in our case come back to stores because they’re so convenient. And so we at least have a shot at selling them something else.” (Still though, he recognized that Amazon is a serious competitor.)

Macy’s is now the fourth largest U.S. Internet retailer, according to eMarketer, with annual online sales last year of about $5 billion. That is the result of years of multi-billion dollar investments in integrating its stores and its digital business.

And while Macy’s has closed 36 stores this year, Lundgren has repeatedly said that its physical locations are crucial to the company’s e-commerce efforts. Last year, Walmart Stores (WMT) CEO Doug McMillon also said his thousands of stores were the key to beating Amazon. More recently, J.C. Penney CEO Marvin Ellison told Fortune he would effectively curtail store closings going forward, given the need to offer shoppers more places to pick up online orders and the fact that hundreds of Penney stores can serve as additional centers to fill e-commerce orders more quickly. (Some companies have estimated that when shoppers come in to pick up an order, they end up spending another 25%.)

The use of stores isn’t just a plus for consumers. The ability to handle returns of online orders is key to generating traffic to stores at a time when people are visiting fewer stores when they go to the mall. It also limits the damage to margins from the free return policies that are starting to become standard in retail. Everyone from Nordstrom (JAN) to Kohl’s (KSS) and Macy’s has espoused hassle-free returns. “It is one more reason for consumers not to choose you if you have a strict return policy,” Lundgren said.

When retailers accept online returns in stores, the odds of reselling the returned item to someone else are higher, and the costs are lower. “We have better chances of selling it again rather than it going back to a warehouse,” Lundgren added.

He explained: “We’re having to steam it and clean it and repackage it and rebag it, and all of that. It’s a lot easier to process inside one of our stores.”