Russia Is Pulling Its Military out of Syria 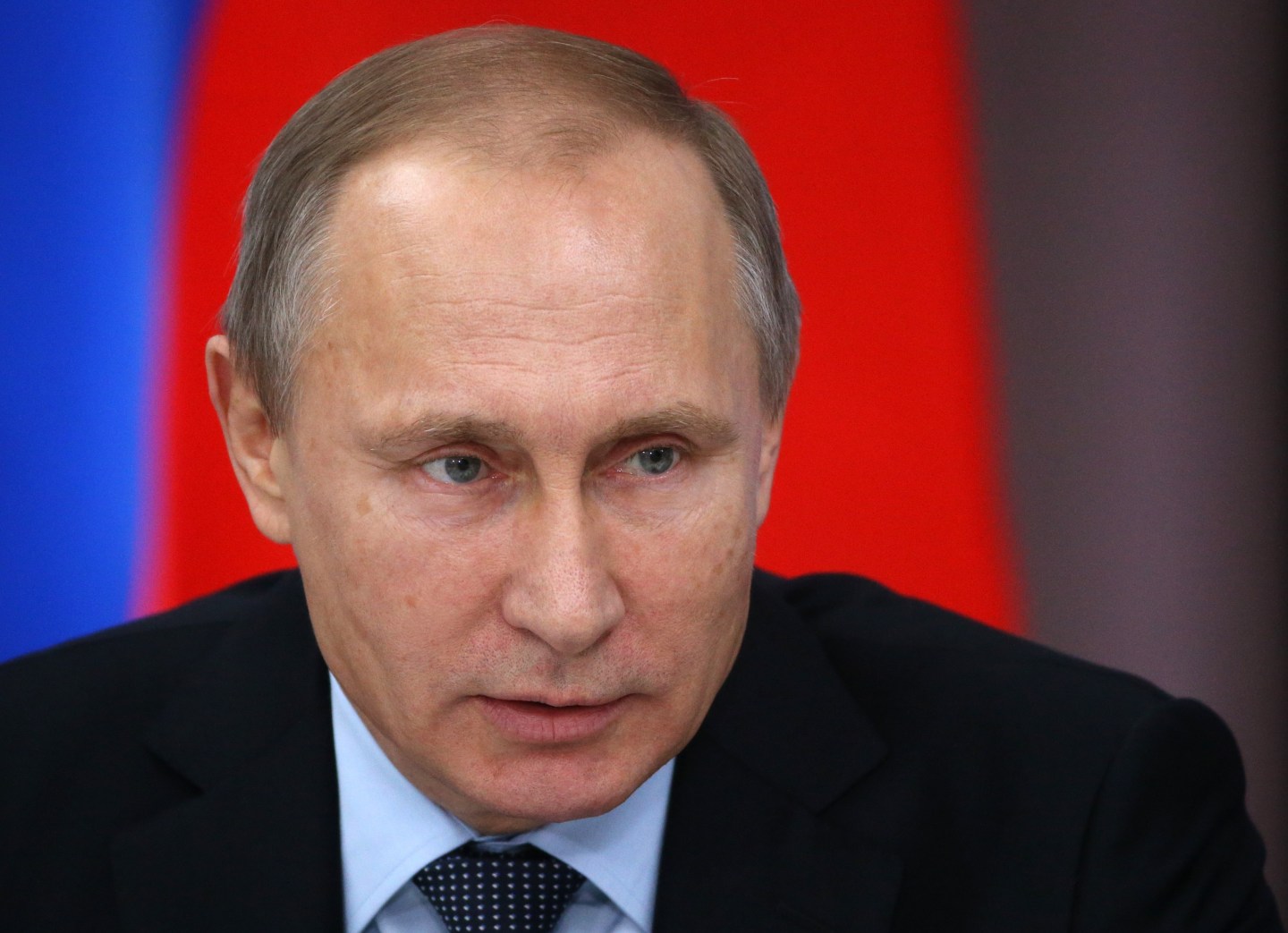 Russia’s President Vladimir Putin ordered on Monday the withdrawal most of the military forces recently deployed in Syria, signaling the end of a campaign in support of the regime of Syrian President Bashar al Assad in the country’s civil war. If implemented—and that is yet to happen—Russia’s unexpected withdrawal would bring to a close several months of aerial bombardment that bolstered Assad’s side in an offensive against rebel groups opposed to his regime. “I think that the tasks set to the defense ministry are generally fulfilled,” Putin told Defense Minister Sergey Shoigu and Foreign Minister Sergey Lavrov at a meeting on Monday, according to the TASS news agency.

Russia will maintain its existing military bases in Syria, but will remove the “main air grouping” of the country’s air force, according to a statement from the Kremlin. The withdrawal is set to begin on March 15. Russia’s exit from the war could mark a major shift in the dynamics of Syria’s five-year-old civil conflict, which has killed more than a quarter million people and displaced more than 11 million, including millions forced to flee the country as refugees. Russia entered the war in late September 2015, launching airstrikes primarily on rebel brigades fighting the regime.

Moscow has maintained throughout that its mission in Syria is to battle “terrorist” groups,” but it has focused its bombardment on western-backed rebels, with fewer strikes directed at jihadist groups such as Islamic State. For that reason, Russia’s intervention buoyed the fortunes of a regime that had lost large zones of territory to both local rebels and transnational jihadists. The regime had struggled to replenish the ranks of a military sapped by years of conflict and undercut by political opposition to the regime, and before Russia joined the campaign at the end of the September, Assad’s position was becoming increasingly weak.

With backing from Russia and Iran, as well as Iraqi militias and forces from the Lebanese militant group Hezbollah, however, the regime has managed to advance on rebel-held areas in recent months, coming close to surrounding the city of Aleppo, Syria’s largest city before the war, which has been partially controlled by rebels since 2012. But the Russian withdrawal will likely come as a blow to Assad, and hobble his stated aim to reconquer the entire country.

Putin’s announcement comes on the eve of the fifth anniversary of the popular uprising in Syria against the Assad regime, a revolt inspired by a tide of mass protests elsewhere in the Arab world that toppled authoritarian governments in Tunisia and Egypt in 2011. The Syrian uprising soon transformed into an armed conflict after the government attempted to end the protests with the use of lethal force. The declared Russian withdrawal follows two weeks of relative calm in Syria under a ceasefire announced in February by Russia and the U.S., one that, in spite of numerous reported violations, has remained in place, dramatically reducing the overall level of lethal violence.

Putin’s declaration came as a surprise following months of escalating Russian support for one of its closest allies in the Middle East. It was also unclear precisely which forces would be withdrawn. “I think we can say this much about Russian policy on Syria for the last six months: It has kept other actors in the conflict off balance,” says Noah Bonsey, a Beirut-based Syria analysts with International Crisis Group. “Let’s wait and see what exactly is going to be withdrawn, and what that means for the scope and extent of airstrikes, especially when the cessation of hostilities comes to an end.”

Separately on Monday, the United Nations announced the launch of indirect peace talks between representatives of the opposition and the regime. Speaking to reporters in Geneva, where the talks were set to take place, UN envoy Staffan de Mistura called the negotiations a “moment of truth” for Syria, although the sides remain far apart on the core issues facing the country—in particular the future of Assad and his regime.

During the period of relative quiet introduced by the ceasefire, Syrian civilians in rebel-held areas have resumed demonstrations calling for Assad’s downfall over the last two weeks. The nonviolent protests have provided a vivid illustration of the underlying political conflict that set the Syrian crisis in motion five years ago—a conflict that will remain even as the fighting winds down. “It’s tremendously inspiring that after five years of savage state and international state repression and assault, there is still this democratic revolutionary movement,” says Robin Yassin-Kassab, a British-Syrian author. “That’s an inspiring testament to the human desire for freedom.”