Why Donald Trump Is Turning on John Kasich 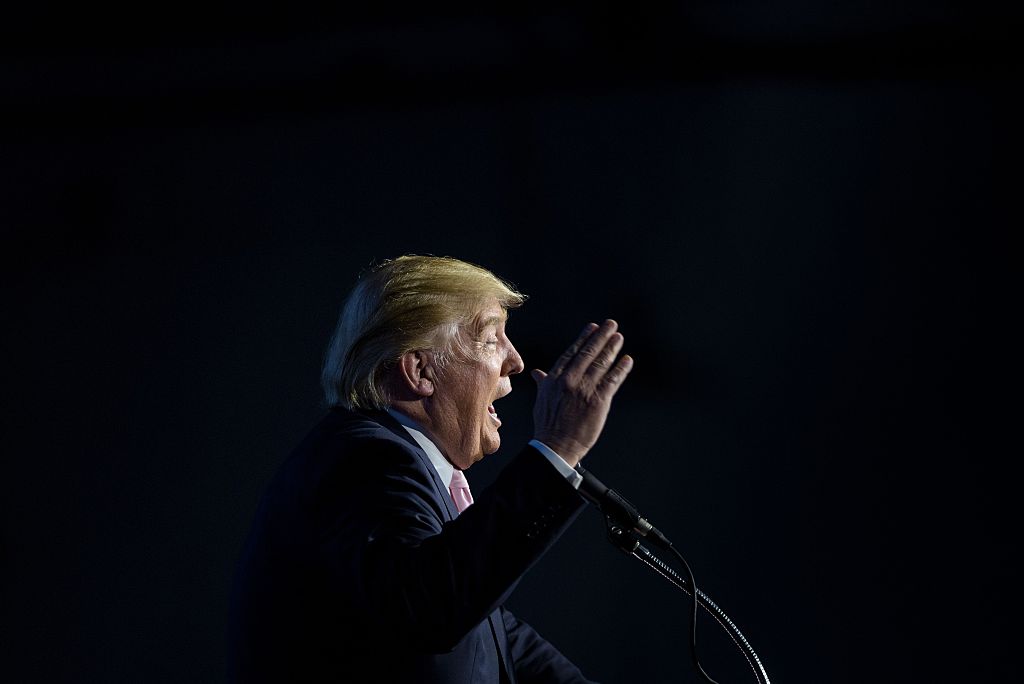 Hoping to end the campaign of John Kasich, Donald Trump rumbled into the Ohio Governor’s backyard Monday night to trash his rival for the Republican nominee as a job-killing free-trader.

Trump was looking to gin up support in the hard-hit steel country near Youngstown, where the only thing that most mills make these days is rust. Trump’s brand of populism is finding a receptive audience in Ohio, just as it did in Michigan a week earlier, and he is promising to claw back outsourced jobs.

Unlike other Trump rallies in recent days, there were no interruptions from protesters. Part of that came from the staging: guests had to be bussed from a nearby shopping center, and protesters would be stranded at a regional airfield once they were ejected.

Trump was unrelenting against Kasich, someone he had before largely ignored. “Your governor is totally over-rated. Without oil, you’d be in worse shape than any other state in the union,” Trump said, noting Ohio’s economy is propped up on fracking boom.

Trump is locked in a tight race against Kasich. The entire state GOP establishment is aligned with Kasich, and polls have consistently showed Kasich up by a few percentage points. Kasich has yet to win a single state, but he could play the role of spoiler if he wins Ohio and its 66 delegates. Kasich allies were pushing that message hard in recent days, that a vote for Kasich was more importantly a vote against Trump. If Kasich fails here, it’s tough to see how he justifies staying in the race.

Trump’s pathway to winning enough delegates becomes much harder without Ohio’s share. He can still reach the 1,237 delegates needed for the nomination, of course, but it would be tough. A Kasich win makes it ever more likely that Republicans arrive at their convention in Cleveland without a nominee.

Trump used air-conditioning manufacturer Carrier as an example of how he would will back entire industries through sheer force. “Carrier, guess what? This is your president. This is not very presidential,” Trump said, promising to be a bully for the working man. “I’m more interested in having jobs in this country than acting presidential.” He said he’d do the same to Ford, which has an emptied-out factory around the corner from the Cleveland airport, and Nabisco, which is moving a Chicago-area plant to Mexico. “I’m not eating Oreos anymore.”

Trump also promised a 35% tariff on goods being brought into the country in a move that would likely start an economically devastating trade war. “I’m going to do it,” Trump said.

It might not matter. Trump’s goal in the closing hours of the campaign in Ohio was to trash Kasich enough to force him to a second-place finish. (Marco Rubio and Ted Cruz largely abandoned Ohio, looking to Tuesday’s vote in Florida, Rubio’s own state. Rubio encouraged his Ohio supporters to side with Kasich.) “You’ve got to boot Kasich,” Trump told his audience. “When he was in Congress, he signed NAFTA. It destroyed Ohio.”

He added that Kasich supports a pending Pacific trade deal. “It’s going to take all of your car business out,” Trump promised, just down the road from the GM plant in Lordstown. Beyond the usual bluster that is a signature at Trump rallies, the showman was unyielding against Kasich. A Kasich win here might be one of the last fail-safes against a Trump nomination.