Whistleblower Sues VW After Being Fired Over Data Deletion Row 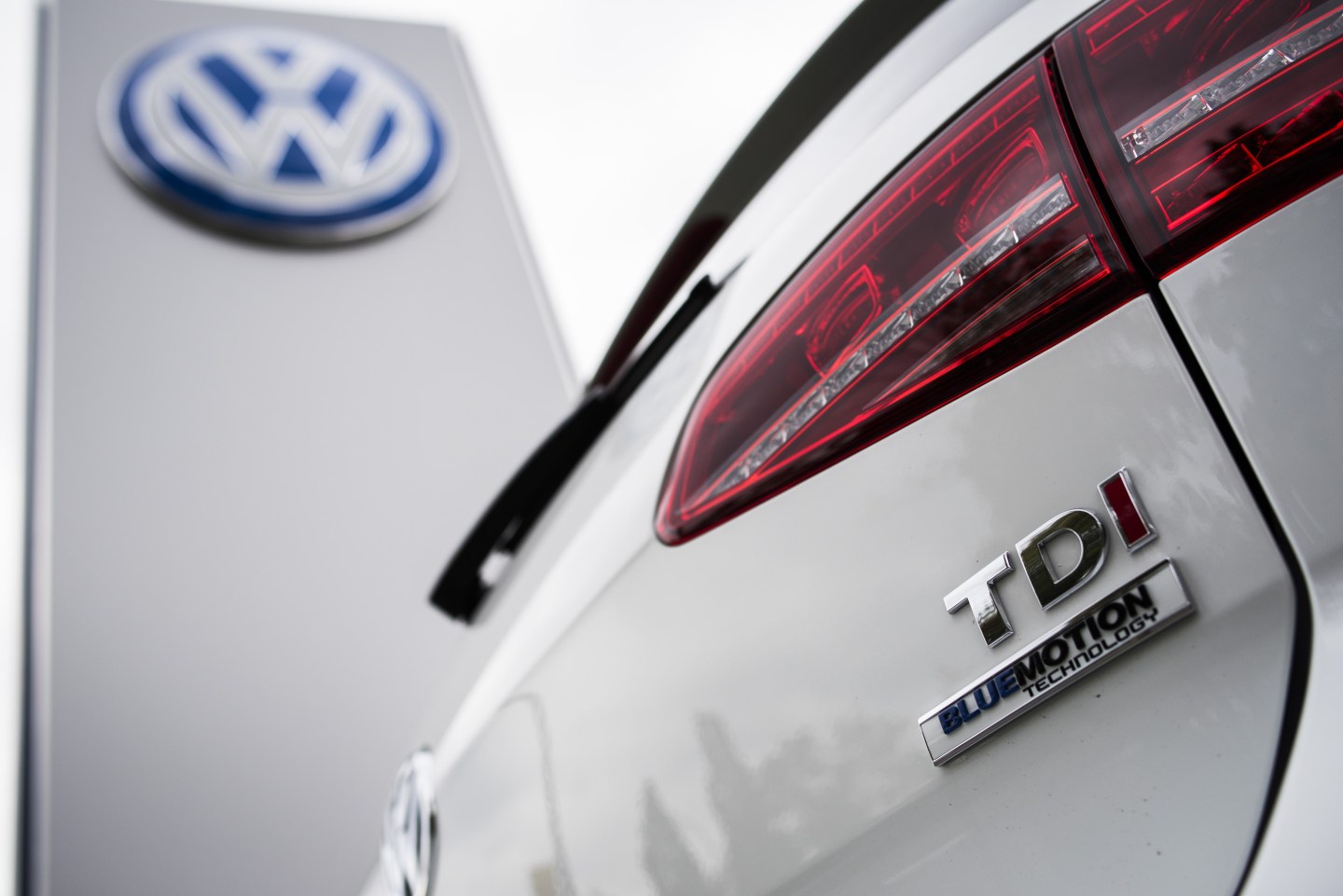 A Golf diesel car at a Volkswagen dealer in Berlin.
Photograph by Odd Anderson — AFP/Getty Images

A whistleblower has sued Volkswagen AG (VLKAY), alleging that he was fired after trying to stop the company deleting evidence relevant to U.S. authorities’ investigations into excess emissions by its cars.

The news is the latest evidence of less than wholehearted cooperation by Germany’s largest automaker with the authorities, and as such may have a bearing on the final size of the financial penalties imposed on it.

According to the German newspaper Sueddeutsche Zeitung, the employee, who worked in a data center for Volkswagen in Michigan, claims the company had carried on deleting data for weeks after an order from the Department of Justice on Sept. 18 to stop routine data deletions. The suit alleges that VW had internally justified its actions by citing ‘a lack of storage space.’

In addition, the employee, Daniel Donovan, claims that the company’s IT division had refused to allow Jones Day, the law firm engaged by the VW board to investigate the affair, full and free access the company’s systems.

A spokesperson for Volkswagen Group of America provided Fortune with the following statement responding to the suit: “The circumstances of Mr. Donovan’s departure were unrelated to the diesel emissions issue. We believe his claim of wrongful termination is without merit.”

The suit was filed on March 7, two days before Michael Horn’s abrupt resignation as the head of Volkswagen Group of America. It alleges breach of Michigan’s law on the protection of whistleblowers, citing the employee’s dismissal in December.

Horn had publicly admitted that the company “totally screwed up” by installing hidden software to mask the fact that its diesel vehicles put out up to 40 times the maximum allowed emissions of nitrogen oxides. He denied any personal knowledge of the manipulation. (Click here for Fortune’s in-depth investigation into the emissions scandal.)

Sales of VW brand cars in the U.S. have been badly hit by the scandal, effectively killing its goal of using ‘clean diesel’ technology to make inroads into a market where it is under-represented. In the first two months of the year, VW brand sales in the U.S. were down 7.1% from a year earlier.

Sueddeutsche said VW declined to comment on Sunday regarding the suit, including on the allegations of data deletions. It didn’t immediately respond to a Fortune request for clarification Monday.