‘The Walking Dead’ Creator Has a New Terrifying, Exorcism Drama 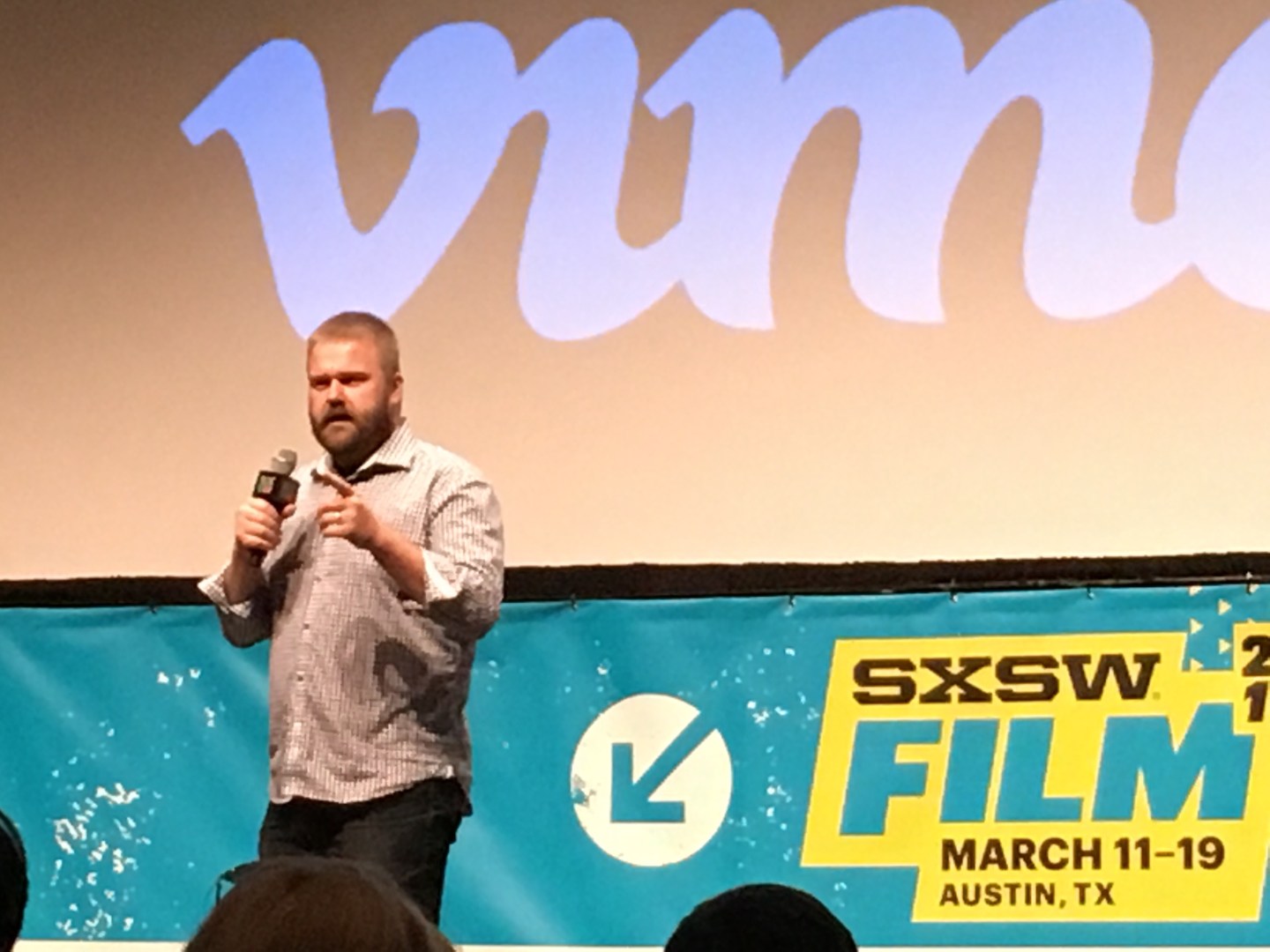 The new series from the creator of The Walking Dead will debut its 10-episode run Friday, June 3 on Cinemax. And, while the first episode of Outcast just had its world premiere Monday at South by Southwest (SXSW), the network has already renewed it for a second season.

Outcast is, if possible, an even darker program than The Walking Dead. It’s ostensibly about demonic possession, but if the premiere is any indication, it will share The Walking Dead’s emphasis on character development and broader stories.

Like AMC’s The Walking Dead, Outcast draws its inspiration from a comic book written by Robert Kirkman, who also is an executive producer of the show, along with showrunner Chris Black.

“It will probably be more or less the same as The Walking Dead in that there will be iconic moments [based on events from the comic]” that make it into the TV version of Outcast, Kirkman told a group that gathered at SXSW to watch the premiere. “But we’re expanding characters and adding storylines. There’s going to be a lot of new stuff for people who read the comics..I have to work on both things and if I had to do the same thing twice, I would get bored.”

While AMC gives Kirkman a lot of leeway when it comes to violence and gore on The Walking Dead, he says Cinemax is giving him an even broader license. When creating the pilot episode, which revolves around an eight-year-old child who becomes possessed, Kirkman said they kept upping the child’s age as they honed the script, afraid the network would have a problem with the violence that accompanies the show.

Instead, Cinemax asked him to add more edge – and the featured character became a child again, something that shocked audiences when the trailer for Outcast premiered at Comic Con last October.

“Going into the first season of ‘Outcast,’ we knew that Robert Kirkman had once again created a world that would scare us to our core,” said Kary Antholis, president of Cinemax original programming. “But what he, Chris Black and the rest of their team have delivered has exceeded even those high expectations.”

Kirkman says he appreciates having that kind of freedom, but doesn’t plan to take advantage of it.

“We never want to do anything gratuitous,” he says. “But pushing boundaries and doing the unexpected – and knowing during the writing process that you can do those things – is freeing.”

Unlike The Walking Dead comic, which has loosely set the tone for that show, there are only 17 issues of Outcast the comic book so far. But Kirkman says he doesn’t expect that to be a problem.

“If you’re worried about a Game of Thrones situation [where the TV show has surpassed where author George R.R. Martin is in the book’s saga], I think we’re pacing ourselves well,” says Kirkman. “We’re putting comics out faster than we’re doing the show, so we should be ok.”