Scientists Have Discovered a Bacteria That Eats Plastic 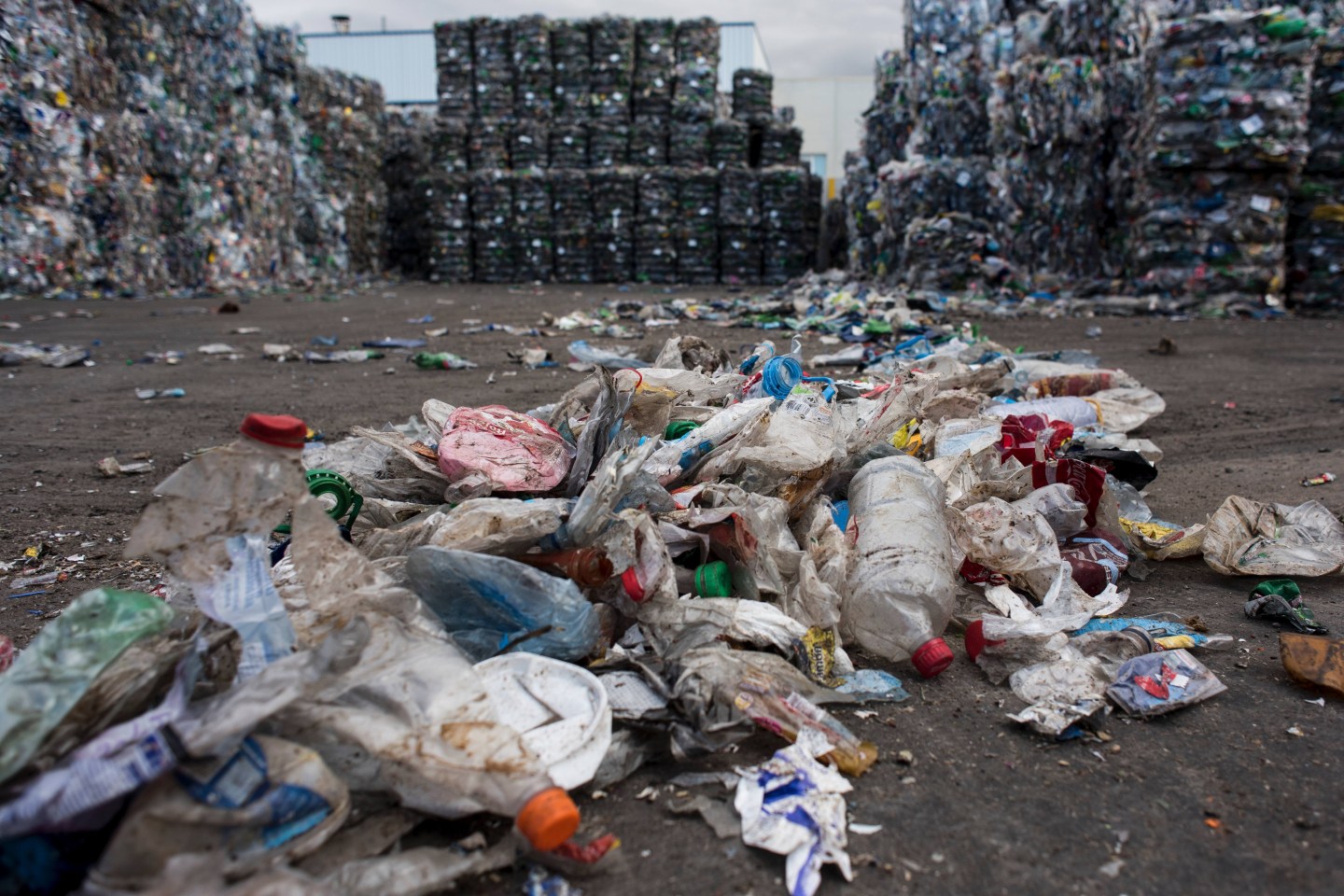 TO GO WITH AFP STORY BY LAURENCE BOUTREUX A picture taken on November 3, 2015 shows plastic waste collected in the sea by fishermen at a plastic processing plant in Chiva, near Valencia. Ecoalf, a Spanish Madrid-based firm founded in 2010, has already launched "a new generation" of clothes and accessories made from plastic bottles, old fishing nets and used tires found on land. AFP PHOTO/ PEDRO ARMESTRE / AFP / PEDRO ARMESTRE (Photo credit should read PEDRO ARMESTRE/AFP/Getty Images)
Photograph by Pedro Armestre—AFP via Getty Images

Plastic can be biodegradable in the presence of a certain kind of bacteria.

Researchers found that a bacteria called Ideonella sakaiensis can use poly(ethylene terephthalate), one of the most common forms of plastic better known as PET, as its main source of energy and carbon. PET is found in things like polyester, water bottles, and food containers, and tend to be labeled with a “1” inside a recycling symbol.

Scientists discovered the bacteria in a recycling plant in Osaka, Japan. The study, published in Science, found that it takes about six weeks for the bacteria to degrade PET. “We hope this bacterium could be applied to solve the severe problems by the wasted PET materials in nature,” one of the authors, Kohei Oda, told the Christian Science Monitor. “This is just the initiation for application.”

More research needs to be conducted to see if it could actually be implemented, but some are skeptical. Christopher Reddy, a senior scientist at Woods Hold Oceanographic Institution who wasn’t involved with the study, warns that we can’t “rely on microbes to clean the environment.” The study was conducted in a controlled laboratory environment where PET was the bacteria’s only food option, but Reddy told that Monitor they have more to choose from in nature, and we can’t control their eating habits.

The microbes would also only be helpful in mitigating certain plastic pollution on land. With 311 million tons of plastic produced each year, it’s far from an ultimate solution. However, oceanographer Giora Proskurowski told the Monitor that this at least shows us “the environment is evolving.”