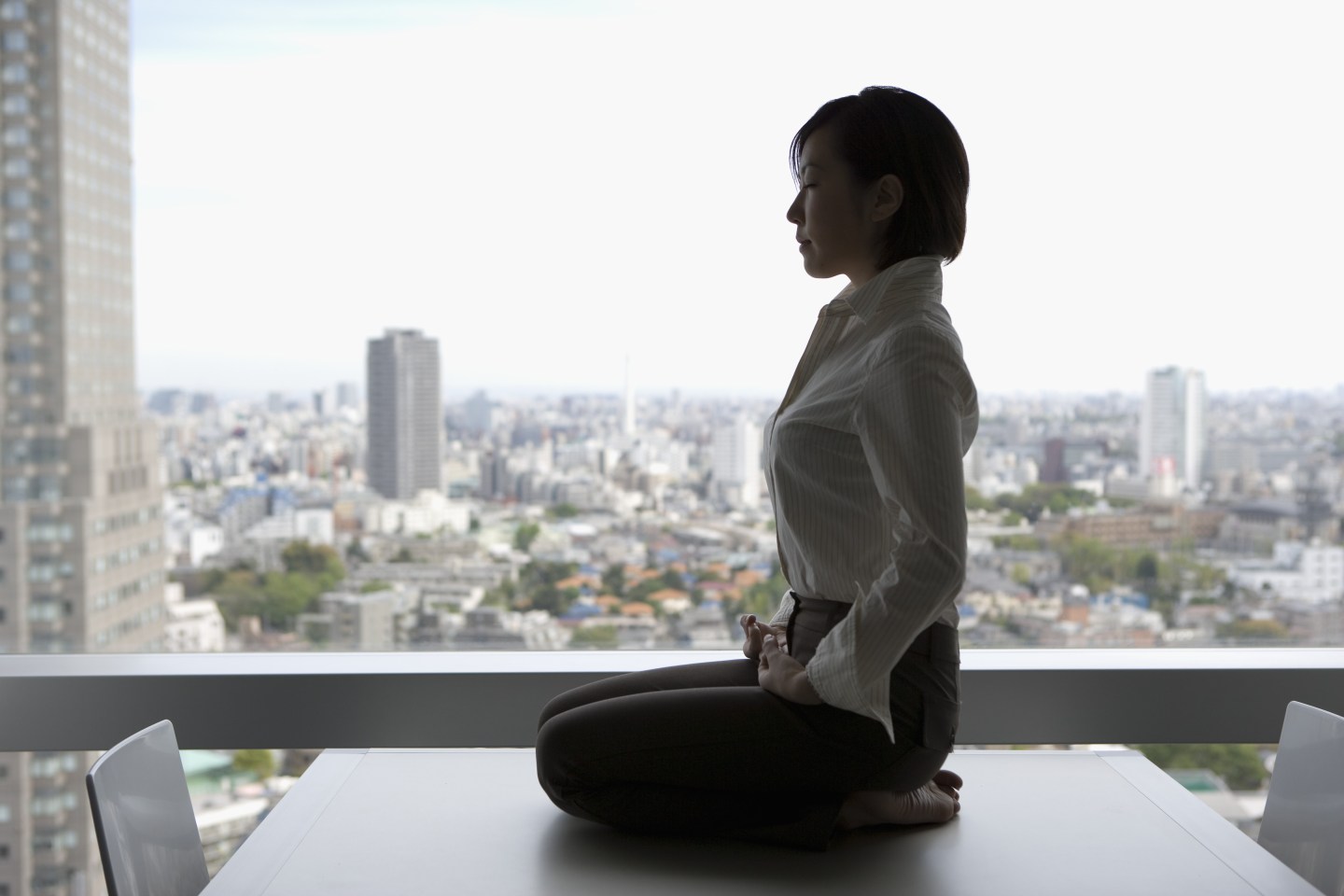 I thought about starting the busy week ahead by reflecting on how the fight between Apple and the FBI has become nastier than the audience at a Donald Trump rally. I also considered trying to convince you of the merits of the lowest-tech experience you can imagine: attending Major League Baseball’s spring training, as I did this weekend with my daughter in Arizona. I’m also mulling over the weird vibe in San Francisco these days, where all but the 0.1-percenters are quietly, or rather loudly, cheering for the tech industry to hit the skids so life can become a tad more reasonable for everyone else.

Instead I found myself in serene contemplation of why meditation suddenly has become so popular in the business world. Fortune’s Jen Wieczner raises the volume on the trend in the current issue of Fortune in her article “Meditating, for Love and Money.” Meditation, she writes, has become a billion-dollar business as companies from Goldman Sachs to Google (GOOG) shell out money to help their employees achieve more Zen. (A side note: The sheer number of startups with “Zen” in their names suggest something is afoot.)

This subject has crept into my consciousness over the last couple years. I’ve previously noted that super-investor Jim Breyer is among those who’ve staked a meditation app company called Headspace. Just last week former Microsoft CEO Steve Ballmer, about the least calm business person imaginable, mentioned that he has become a fan of meditation.

I have no doubt that mindfulness and meditation are for real. I also know that when the tech industry grabs hold of a great idea if it will overinvest, overhype, and generally pummel it into a cliché. Call me a cynic, but I also suspect that hard-charging converts to meditation are trying to compensate for garden-variety workaholism. I wish them all the best, but skipping their next business dinner and eating at home with their spouse and kids might do the trick just as well.

That said, the commercial world’s megaphone can be a force for good, getting the otherwise oblivious to take note of what matters.

I hope you have a mindful week.