Shares of This Cannabis Drugmaker Have More Than Doubled Since Friday 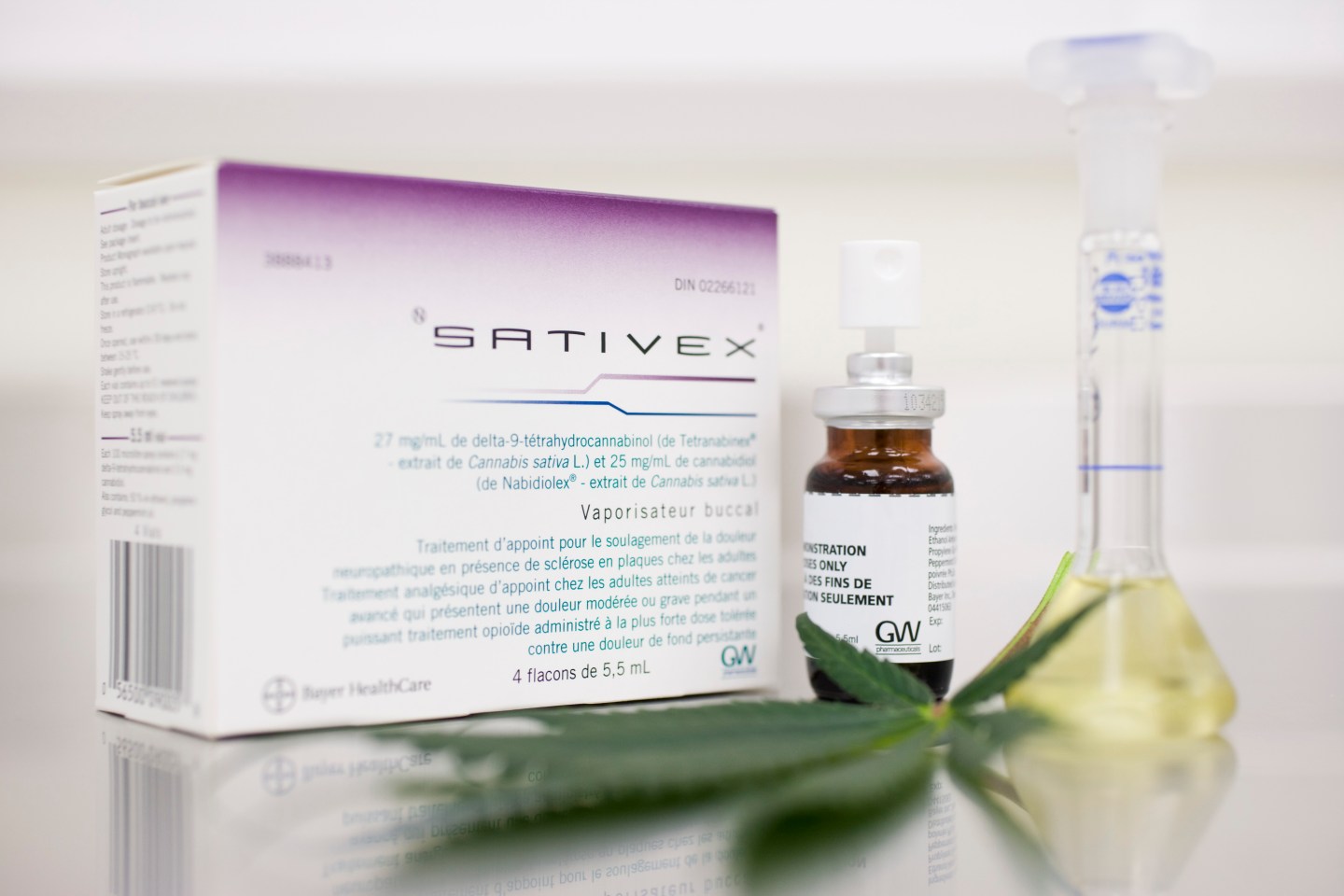 Sativex is a cannibanoid medecine manufactured by GW Pharmaceuticals. This mouth spray has just received approval to be launched on the French market, for limited use on patients suffering from multiple sclerosis. (Photo by: BSIP/UIG via Getty Images)
BSIP UIG via Getty Images

This story has been updated to reflect stock prices of Insys Therapeutics and Zynerba Pharmaceuticals.

Shares of GW Pharmaceuticals (GWPH) more than doubled Monday after the cannabis-based drugmaker said it had successfully treated a rare form of epilepsy.

The biopharmaceutical, which focuses on the medical use of chemical cannabinoids found in marijuana, announced its Epidiolex treatment had significantly reduced seizures in patients with Dravet syndrome by 39%. In comparison, placebo patients saw a 13% reduction in seizures during the Phase 3 study—the drug’s final clinical trial.

Dravet syndrome, usually caused by a gene mutation, most often presents itself in an infant’s first year of life and is commonly triggered by high temperatures and fevers. According to the Dravet Foundation, the disorder currently has no standard treatment, with most patients trying a host of different drugs to prevent its onset.

Due to the positive results, the U.K.-based pharmaceutical company said it planned to meet with the U.S. Food and Drug Administration to discuss its regulatory submission.

“We are excited about the potential for Epidiolex to become the first FDA approved treatment option specifically for Dravet syndrome patients and their families,” Justin Gover, GW’s CEO, said in a statement.

GW, which posted consensus-beating first-quarter revenue of $5.4 million on a $1.20 loss per share, is also plans to test Epidiolex in other other epilepsy-related drug trials: Phase 3 trials of Lennox-Gastaut Syndrome and Tuberous Sclerosis Complex.