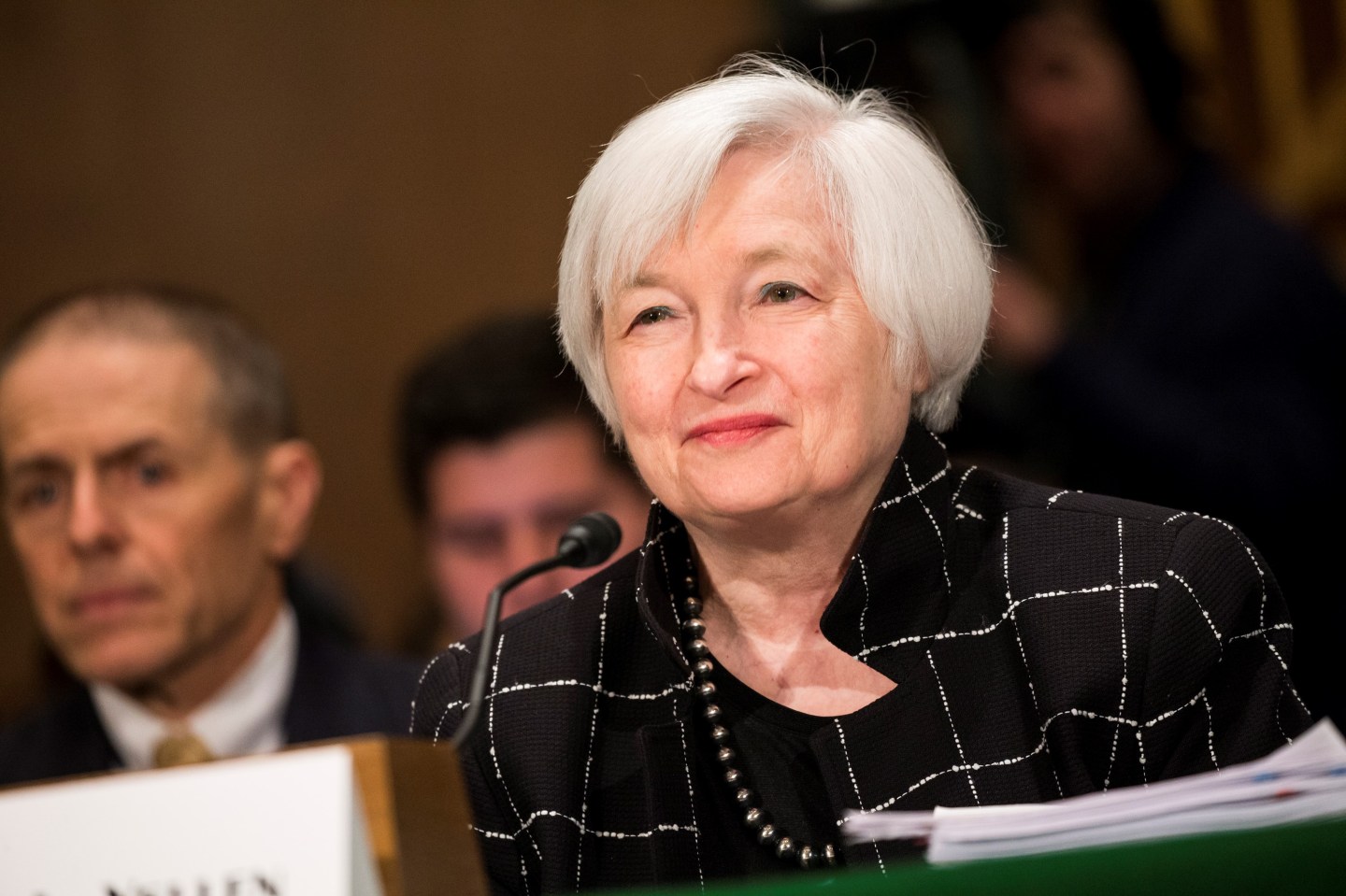 That will be a big change from the last time the Fed met, when uncertainty over the impact of slower growth in China and Europe drove policymakers to signal it would stay on hold until it could make a better call on the outlook.

That in turn was a setback from just a month earlier, when the Fed raised rates for the first time in nearly a decade and seemed ready to move four more times this year.

This week, fresh forecasts from the Fed’s 17 officials released after the meeting will almost certainly signal a retreat from that pace, to perhaps two or three rate hikes this year, economists predict and Fed officials themselves have suggested.

But the expected downgrade may largely reflect the drag from the oil and stock market slide in January and the Fed’s decision then to put policy on hold, rather than mounting worries over the U.S. or global outlook.

Indeed, since the last Fed meeting U.S. inflation has shown signs of stabilizing, with one measure published by the Dallas Fed rising to 1.9%, its closest to the Fed’s 2% goal in 2-1/2 years. Meanwhile, the U.S. unemployment rate held at 4.9% in February, near the level many Fed officials believe represents full employment.

The European Central Bank’s decision last week to ease policy further may help add to confidence that action has been taken to underpin growth in Europe, helping ensure a stalling of global growth drag on the U.S.

That could mean another U.S. rate hike by mid-year and, depending on economic data, more to come after that.

“June seems certainly like a possibility” for the Fed’s next rate hike, said former Minneapolis Fed President Narayana Kocherlakota, whose own preference is for the Fed to take out “insurance” against a recession by cutting rates back to near zero. Market-based inflation expectations have improved somewhat since the Fed’s last meeting, he said, “a real positive” development.

More hawkish rate setters worry that if the Fed does not act to preempt inflation, it could end up behind the curve and lose credibility, while the more dovish members believe the economic recovery is still fragile and want to see firm evidence of inflationary pressures.

The Fed will also need to tackle how to characterize the “balance of risks” to their baseline outlook, he said, particularly if policymakers want to keep the door open to rate hikes in April or June.

“If they truly want the markets to believe that all the meetings are on the table (for a potential rate hike) then I would think they have to have something in there,” Moody said, predicting they will characterize risks as “nearly balanced,” the same phrase they used before December’s rate hike.

And yet, others say, Fed Chair Janet Yellen will be wary of sending too strong a signal of coming rate hikes, for fear of roiling markets.

“By June they will have a broad clutch of data and that could help them, and even some of the doves the Federal Open Market Committee, to come to a solid conclusion (on the desirability of a rate hike) and a conclusion, by the way, that the market agrees with,” said Quincy Krosby, a market strategist for Prudential Financial (PRU).