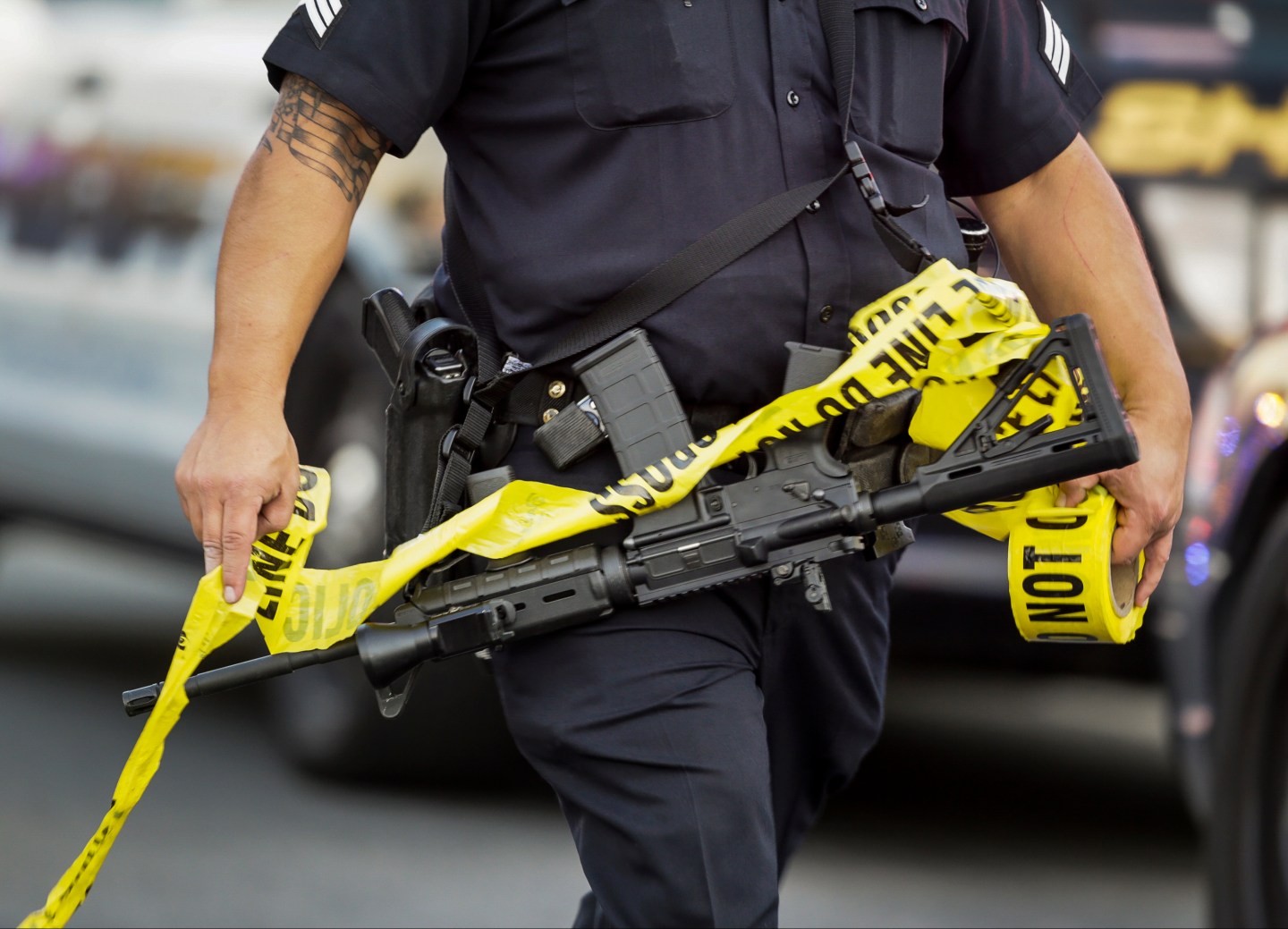 A police officer deploys tape to an area near where authorities stopped a vehicle in San Bernardino, Calif., Wednesday, Dec. 2, 2015. Multiple attackers opened fire on a banquet at a social services center for the disabled in San Bernardino on Wednesday, killing multiple people and sending police on a manhunt for suspects. (AP Photo/Damian Dovarganes)
Photograph by Damian Dovarganes — AP

Federal prosecutors declined to bring charges against law enforcement officers in the United States facing allegations of civil rights violations in 96% of such cases between 1995 and 2015, according to an investigation by the Pittsburgh Tribune-Review newspaper.

The newspaper examined nearly 3 million U.S. Justice Department records related to how the department’s 94 U.S. attorney’s offices across the country, and in U.S. territories including Puerto Rico, handled civil rights cases against officers.

The data included cases referred to the Justice Department by the Federal Bureau of Investigation and other agencies, as well as investigations that prosecutors opened on their own.

Overall, prosecutors turned down 12,703 potential civil rights violations out of 13,233 total complaints. By contrast, prosecutors rejected only about 23 percent of referrals in all other types of criminal cases, the newspaper said.

For more on race in America:

The findings could bolster arguments by activists, such as those involved in the Black Lives Matter movement, who claim police officers are rarely held criminally responsible for their misconduct.

The report comes just days after the U.S. attorney in Manhattan, Preet Bharara, announced he would not press charges against a white officer who killed an unarmed black teenager inside his own apartment in 2012.

The most common reasons that prosecutors cited for declining to bring civil rights cases against officers were weak or insufficient evidence, lack of criminal intent and orders from the Justice Department, according to the Tribune-Review.

The standard for bringing a federal civil rights case is much more stringent than that of a typical police misconduct case brought at the state level. Federal prosecutors must prove that an officer acted “willfully” in depriving someone of his or her rights, rather than simply negligently or recklessly.

“Maybe they’re not taking the cases because they’re not good cases,” Jim Pasco, the executive director of the national Fraternal Order of Police, told the newspaper in response to its findings.

Police Are Crunching Data to Stop Murders Before They Happen

A Justice Department spokeswoman, Dena Iverson, told the Tribune-Review that the agency takes “any allegation of law enforcement misconduct seriously and will review those allegations when they are brought to our attention.”

The U.S. attorney’s office in Northern Mississippi, based in Oxford, brought 24 civil rights cases against officers, the most of any federal prosecutor’s office. The cases resulted in 20 convictions.

Prosecutors in Western Tennessee, based in Memphis, filed 22 cases, the second-highest number, winning 20.

Eleven districts in the United States saw no civil rights prosecutions brought against any officers out of 240 referrals, the newspaper said.