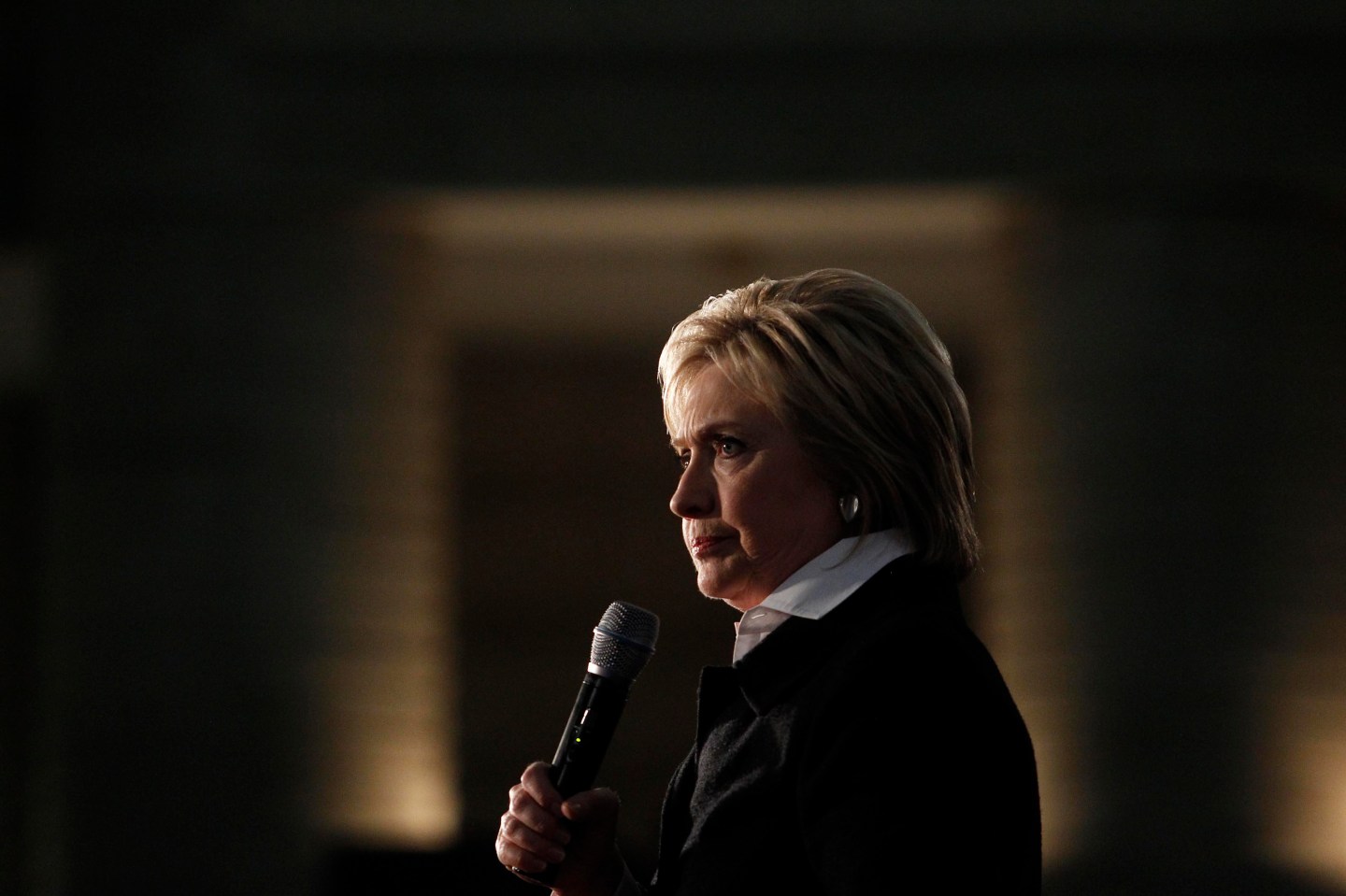 Hillary Clinton apologized Friday for praising Ronald and Nancy Reagan’s work to raise awareness on HIV/AIDS on the day of the former first lady’s funeral.

“While the Reagans were strong advocates for stem cell research and finding a cure for Alzheimer’s disease, I misspoke about their record on HIV and AIDS,” Clinton said on Twitter. “For that, I’m sorry.”

Clinton had previously said in an interview that the Reagans deserved credit for starting a “national conversation” on AIDS. In reality, the Reagan administration did not address the issue until years after the AIDS became a national epidemic and killed thousands of people—primarily gay men.

Although some historians have suggested that Nancy Reagan may have been a relatively progressive voice in her husband’s administration on HIV/AIDS, some activists feel the Reagans were complicit in the scale of the crisis. Columnist and podcaster Dan Savage, a prominent champion of gay rights and a Clinton supporter, wrote in an op-ed that “there are no words for the pain Clinton’s remarks have dredged up.”