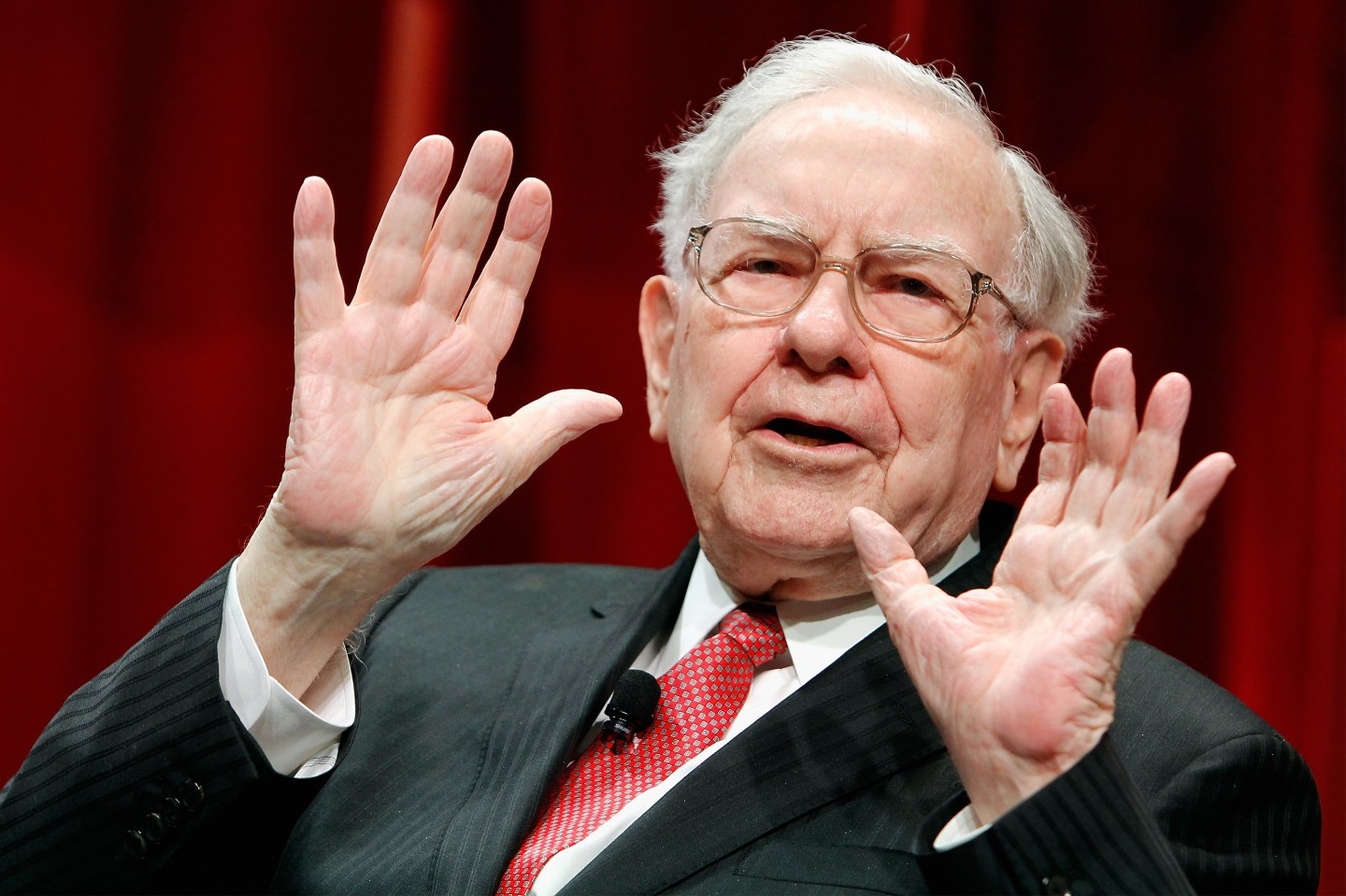 The National Archives on Friday released a bunch of new interviews and other documents that came out of the Financial Crisis Inquiry Commission. The FCIC interviewed lots of people about the financial crisis, everyone from CEOs like Goldman Sachs’ Lloyd Blankfein to The Big Short author Michael Lewis. Among the interviews released on Friday was one conducted with legendary investor and CEO of Berkshire Hathaway Warren Buffett.

Brad Bondi [financial crisis inquiry commission]: What do you think it was, if you were to point to one of the single driving causes behind this bubble? What would you say?

Warren Buffett: Well, there’s a very interesting aspect of this, which will take a minute or two to explain; but what my former boss, Ben Graham, made an observation, 50 or so years ago to me that it really stuck in my mind and now I’ve seen evidence of it.

He said, “You can get in a whole lot more trouble in investing with a sound premise than with a false premise.”

If you have some premise that the moon is made of green cheese or something, it’s ridiculous on its face. If you come out with a premise that common stocks have done better than bonds—and I wrote about this in a Fortune article in 2001—because there was a famous little book in 2001 by Edgar Lawrence Smith—in 1924 by Edgar Lawrence Smith that made a study of common stocks versus bonds. And it showed—he started out with the idea that bonds would overperform during deflation and common stocks would overperform during inflation. He went back and studied a whole bunch of periods and, lo and behold, his original hypothesis was wrong. He found that common stock always overperformed. And he started thinking about that and why was that.

That became the underlying bulwark for the ‘29 bubble. People thought stocks were starting to be wonderful and they forgot the limitations of the original premise, which was that if stocks were yielding the same as bonds, that they had this going [unintelligible].

So after a while, the original premise, which becomes sort of the impetus for what later turns out to be a bubble is forgotten and the price action takes over.

Now, we saw the same thing in housing. It’s a totally sound premise that houses will become worth more over time because the dollar becomes worth less. It isn’t because—you know, construction costs go up. So it isn’t because houses are so wonderful, it’s because the dollar becomes worth less, and that a house that was bought 40 years ago is worth more today than it was then.

And since 66 or 67 percent of the people want to own their own home and because you can borrow money on it and you’re dreaming of buying a home, if you really believe that houses are going to go up in value, you buy one as soon as you can. And that’s a very sound premise. It’s related, of course, though, to houses selling at something like replacement price and not far outstripping inflation.

So this sound premise that it’s a good idea to buy a house this year because it’s probably going to cost more next year and you’re going to want a home, and the fact that you can finance it gets distorted over time if housing prices are going up 10 percent a year and inflation is a couple percent a year. Soon the price action -– or at some point the price action takes over, and you want to buy three houses and five houses and you want to buy it with nothing down and you want to agree to payments that you can’t make and all of that sort of thing, because it doesn’t make any difference: It’s going to be worth more next year.

And lender feels the same way. It really doesn’t make a difference if it’s a liar’s loan or you know what I mean? [Unintelligible] something because even if they have to take it over, it’s going to be worth more next year. And once that gathers momentum and it gets reinforced by price action and the original premise is forgotten, which it was in 1929. The Internet was the same thing. The Internet was going to change our lives. But it didn’t mean that every company was worth $50 billion that could dream up a prospectus.

And the price action becomes so important to people that it takes over the—it takes over their minds, and because housing was the largest single asset, around $22 trillion or something like that, not above household wealth of $50 trillion or $60 trillion or something like that in the United States. Such a huge asset. So understandable to the public—they might not understand stocks, they might not understand tulip bulbs, but they understood houses and they wanted to buy one anyway and the financing, and you could leverage up to the sky, it created a bubble like we’ve never seen.

Buffett concludes by saying he wish he had figured that out in 2005. Don’t we all.