What United-Continental Leadership Fiasco Teaches Us 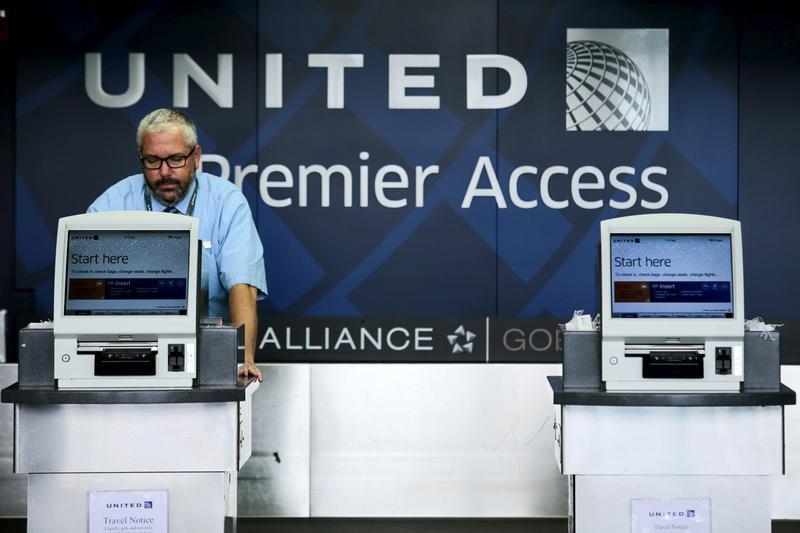 A United Airlines worker checks computers in their counters at the Newark Liberty International Airport in New Jersey, July 8, 2015. United Airlines resumed flights at all U.S. airports on Wednesday after they were grounded due to computer issues, according to the Federal Aviation Administration. The FAA issued the order to prevent all United Airlines flights from taking off following a systemwide computer glitch, which was resolved, the agency said. REUTERS/Eduardo Munoz - RTX1JLJE
Photograph by Eduardo Munoz — Reuters

-Oscar Munoz built a picture-perfect career. The first member of his family to graduate from college, he got an MBA from Pepperdine University and began a series of increasingly important jobs at great, brand-name companies: PepsiCo, Coca-Cola, AT&T, and CSX, the giant railroad. He became CSX’s CFO and then its president and COO. Along the way he joined the board of Continental Airlines and, when it merged with United, the board of the combined firm.

Then, last September, it was revealed that United Continental (UAL) CEO Jeff Smisek was being investigated by prosecutors as part of a corruption probe. He resigned abruptly, and the company needed a new CEO fast. Suddenly Munoz was the chief of an airline. Then, a month later, he had a heart attack. Then, less than three months later, he had a heart transplant. He returned to work on Monday. The next day, two hedge funds launched a proxy fight to take over the company’s board and replace its chairman with Gordon Bethune, the former Continental CEO who recruited Munoz to that company’s board 22 years ago. Just last August, who could have imagined it all?

-Michael Horn was overseeing Volkswagen’s impressive success in the U.S. as chief of its American unit when the emissions cheating scandal broke last September. His ultimate boss, Martin Winterkorn, resigned within days, and many wondered if Horn would too. But the dealers loved him, and who knows what kind of internal calculus was going on. He stayed. He testified before a Congressional committee. He claimed he knew nothing about the scandal until a few days before it became public. And then, on Wednesday, he resigned and left the building. The dealers still love him. A group of them issued a statement saying, “This change in management can only serve to put the company more at risk, not less.” And maybe he knew nothing about the cheating; none of the affected vehicles were made in the U.S. Still, suddenly, he’s gone.

-Former Salomon Brothers chief John Gutfreund, who died on Wednesday, rode the waves of top leadership through extraordinary highs and lows. Proclaimed “The King of Wall Street” on a Business Week cover in 1986, he had to resign in 1991 over the firm’s violation of U.S. Treasury auction rules. In between, he became famous to the general public, not in a good way, as a leading character in Michael Lewis’s highly successful first book, Liar’s Poker. Lewis later reported that he and Gutfreund had lunch years later, when Gutfreund told him the book “destroyed my career and made yours,” a fairly accurate assessment.

That’s what leaders’ lives are like. For them more than for most, it’s wise to remember an old aphorism: Enjoy the journey for itself because you never know where it’s taking you.