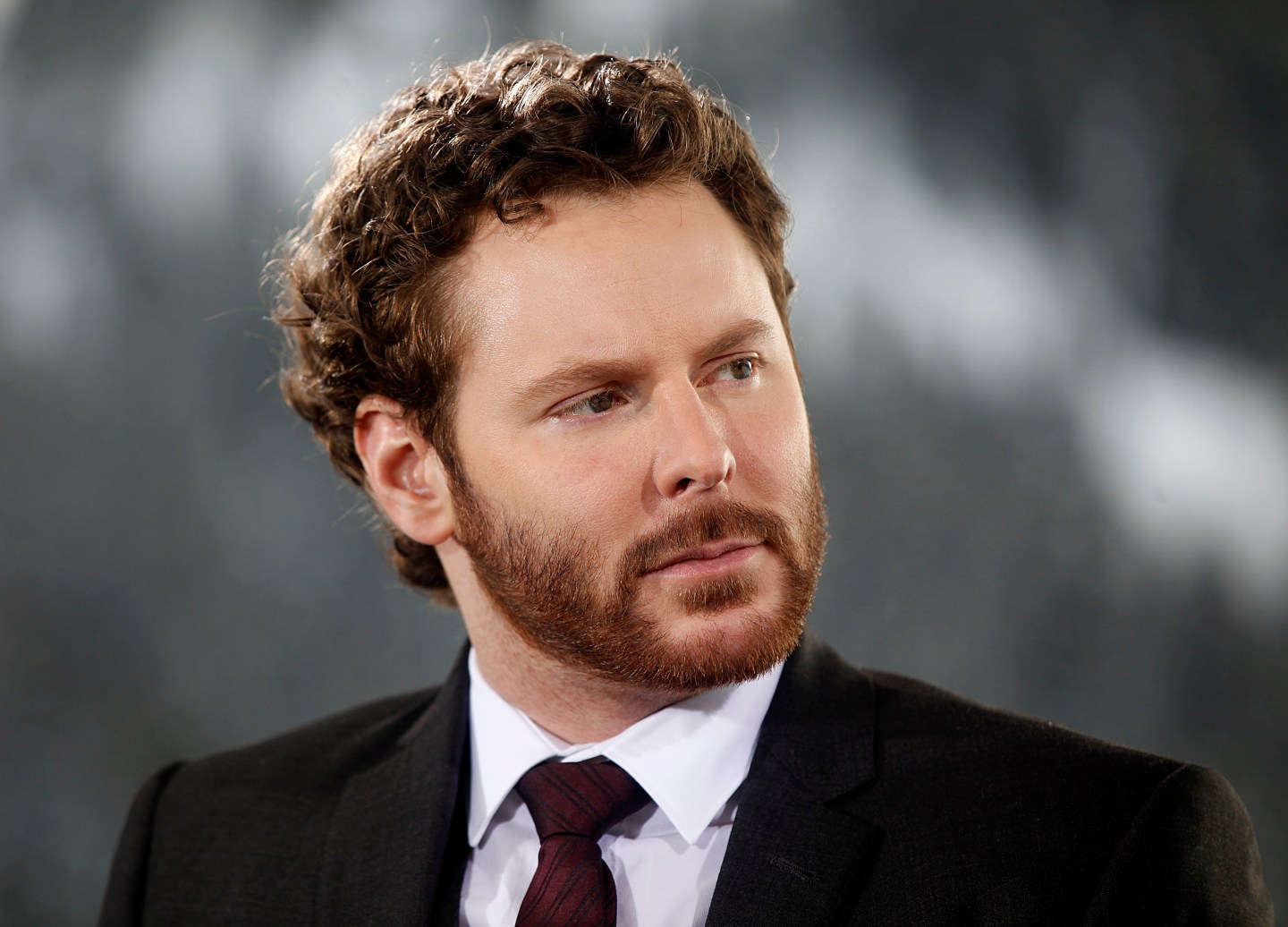 Sean Parker, co-founder of Napster Inc. and managing partner of the Founders Fund, listens during a television interview on day three of the World Economic Forum (WEF) in Davos, Switzerland, on Friday, Jan. 27, 2012. The 42nd annual meeting of the World Economic Forum will be attended by about 2,600 political, business and financial leaders at the five-day conference. Photographer: Simon Dawson/Bloomberg via Getty Images
Photograph by Simon Dawson — Bloomberg via Getty Images

Would you spend $50 to stream the latest movies? Napster co-founder Sean Parker hopes so.

Parker is working on a new project, called the Screening Room, that would allow users to pay to watch movies from home on the same day they’re released in theaters, according to Variety, which was briefed on the idea. The films would cost $50 per view, and would run on a $150 set-top box that would stream the movies over the Internet to users’ homes. In comparison, an individual movie ticket can cost anywhere from a few dollars to $30, depending on the theater.

Despite the major cost difference, movie studios and theater partners have been grappling with ways to get more people to see their films. Last year, the Motion Picture Association of America (MPAA) revealed that theater attendance had hit its lowest point in 20 years, with just 1.3 billion cinema tickets sold across the U.S. That said, revenue has been skyrocketing in recent years, with 2015 global box office sales topping $38 billion for the first time last year, according to film industry tracker Rentrak. In North America, box office sales hit a record $11 billion.

That dichotomy—fewer people in the U.S. spending more money to see films—has caused the film industry to question whether it needs to address a seemingly growing number of people who would rather sit home and watch movies. After all, cash is king.

But Parker, along with some other companies, seems to see things differently. His service would provide a platform that would allow users to see the latest films without ever needing to leave the couch. But whether customers would want to pay $50 per film to do it is debatable. There’s also the issue of ensuring that movie theaters, which play a critical role in helping studios produce billions in revenue each year, aren’t left out.

Parker, who has not confirmed the news, has a long history in Silicon Valley. He became well-known for co-founding Napster in 1999. The service allowed users to download music free of charge and quickly angered the recording industry. Before long, Napster was effectively sued out of business, though its legacy lives on as one of the companies critical to the evolution of digital music.

Since then, Parker has become a billionaire, thanks in no small part to being an early investor in Facebook (FB) and serving as the company’s first president. He’s also invested in music-streaming service Spotify, and has started other companies, including Airtime, a live video site that launched in 2012.

While Parker’s reported idea to get into the film industry may sound expensive, it may have caught on behind closed doors. According to Variety’s sources, Parker is closing in on a revenue-sharing deal with theater owner AMC. In addition, several major studios, including Universal and Sony, are also potentially interested in signing on to Screening Room, Variety’s sources say.

For more on streaming, watch:

Taking the leap with Parker may not be such a bad gamble for those companies. While it’s rare that studios would premiere a film both in the home and in theaters simultaneously, it’s not uncommon for piracy sites to have movies available as free downloads within hours of their premiere. In those cases, studios get nothing from people who don’t want to sit in a theater. In Parker’s case, there’s an opportunity to make some cash.

In addition, the studios have dabbled in the idea before. A company named Prima Cinema is already offering a service for customers to watch new films from home. However, it’s so far been kept to the rich: It costs $35,000 to get the Prime Cinema player.

If Screening Room is real and it can get off the ground—Parker did not immediately respond to a request for comment—the company will ultimately need to determine whether $50 is the right price for consumers. Last year, a study from global accounting firm PwC found that film fans would only be willing to pay between $10 and $20 to watch a first-run movie in their homes. Beyond that, they weren’t interested.