Kesha’s Mom on Dr. Luke, Sony Legal Battle: ‘She Was a Prisoner’ 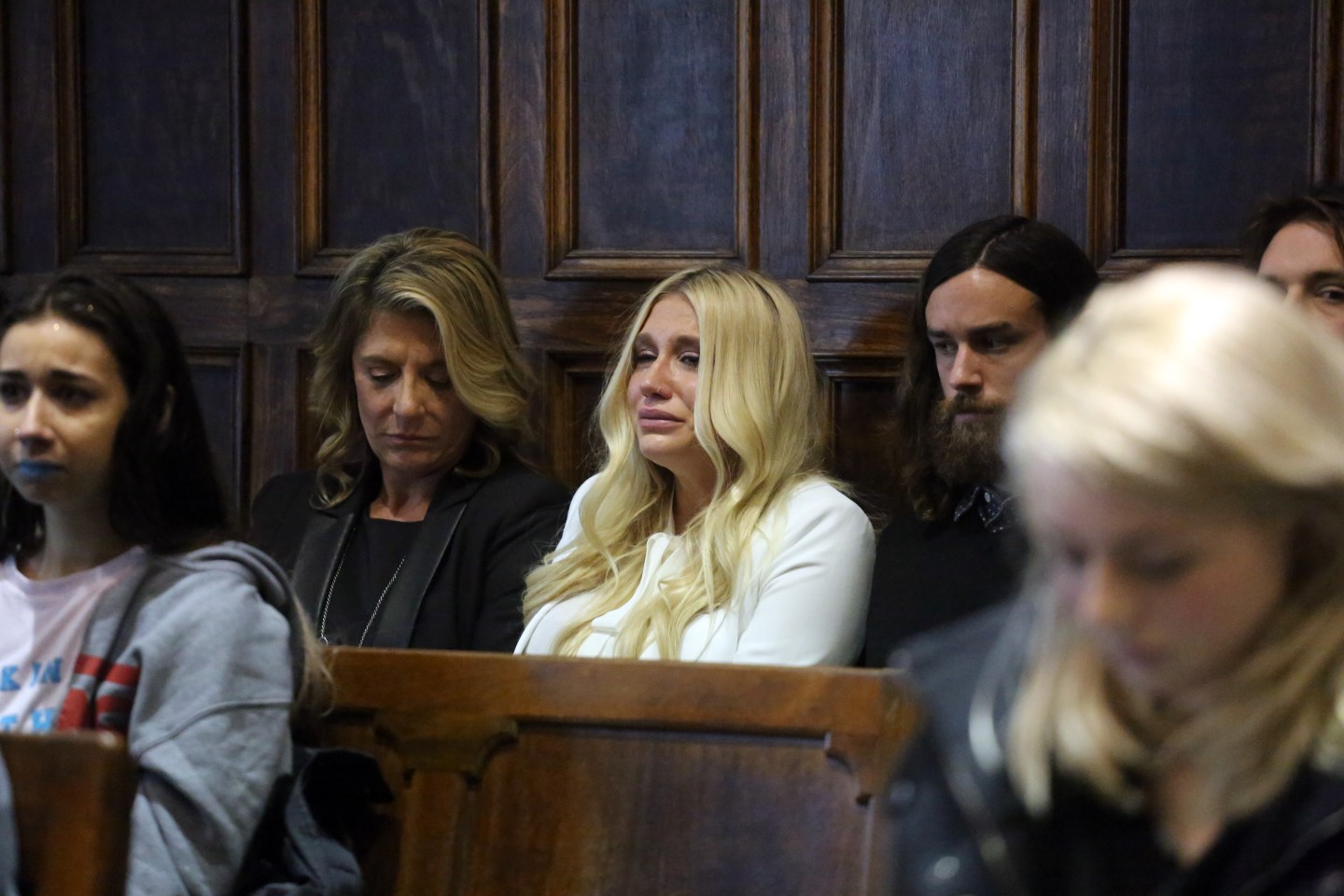 In an exclusive interview posted online by Billboard on Thursday, Kesha Sebert’s mother—Rosemary “Pebe” Sebert—offered her opinion on the events and issues surrounding her daughter’s high-profile lawsuit. “She was a prisoner,” Sebert said in the interview of the years her daughter spent working under Dr. Luke (aka Lukasz Gottwald), who the singer has accused of emotional and sexual abuse.

“It was like someone who beats you every day and hangs you from a chain and then comes in and gives you a piece of bread,” Sebert told Billboard. “Luke would say, ‘You look nice today,’ and send her into ­hysterics of happiness because she was programmed to expect nothing but abuse.”

Filed by the singer in 2014, the lawsuit alleges that her former producer and mentor, Gottwald “sexually, physically, verbally and emotionally abused” her over the course of several years. Gottwald has consistently denied all of the charges and the lawsuit is still pending. A New York Supreme Court judge last month denied the singer’s request to leave her current contract with Kemosabe and Sony’s (SNE) immediately. The judge noted a lack of evidence to support the singer’s claims of abuse.

On Wednesday, a report from The Wrap citing anonymous sources claimed Sony was on the verge of negotiating a premature end to Gottwald’s own contract with the company due to the backlash over the drawn out legal battle, but Gottwald’s lawyer denied that report.

Sony has received a fair amount of negative publicity as several celebrities have spoken out to support the singer and others have petitioned the company to allow the singer to record elsewhere. Bloomberg reported last month that the situation is complicated and that the nature of the singer’s contract—which actually links her to Sony Music through a “music furnishing agreement negotiated by Gottwald’s company”—is such that Sony is not in a position to release Kesha from the pact without Gottwald’s approval.

Gottwald’s lawyers provided Fortune with a copy of the statement they sent to Billboard in advance of the publication of Sebert’s interview. The statement read, in part: “Kesha’s court filings are and have always been a transparent business ploy to pressure Luke into a more favorable and lucrative contract. That is evident because neither Kesha nor her mother have ever sworn under oath that any of the assault allegations have occurred, despite having numerous opportunities to do so.”

Billboard also reported that Sony conducted its own internal investigation that found no evidence to support the singer’s claims of sexual abuse.

In Sebert’s interview with Billboard, she also touched on the contention, maintained by Gottwald’s lawyers and Sony, that Kesha is free to record new music under her current contract with the producer of her choice and without Gottwald’s involvement. “Kesha’s allowed to work with another producer,” Sebert told the publication. “But Luke gets to approve them. He gets to approve of anyone she works with. He has final say over everything.”

Sony and Gottwald’s lawyers have contended in court that Kesha is free to choose her own producer. The statement Gottwald’s lawyers provided to Billboard on Wednesday claims the singer can record new music “without ever having contact with Luke.”

Kesha signed a six-album contract with Gottwald’s Kemosabe Records in 2005 when she was 18-year-old, resulting in two albums recorded under that contract, 2010’s Animal and 2012’s Warrior, so far.

Fortune reached out to Sony will update this article with any response.