Donald Trump Calls for Tariff Hike Ahead of Republican Debate 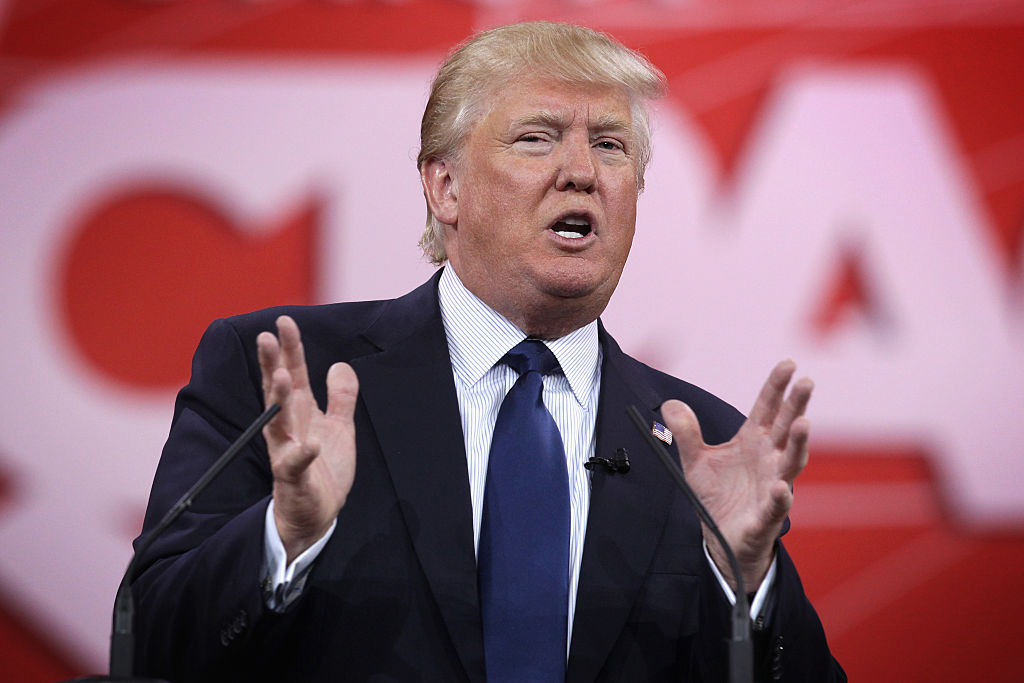 By Andy Sullivan and Megan Cassella

WASHINGTON (Reuters) – Republican presidential front-runner Donald Trump called for raising tariffs on foreign-made goods on Thursday, in a further break from his party’s free-trade philosophy ahead of nominating contests in big industrial states that have been hit hard by globalization.

The billionaire businessman has harnessed working-class anxieties about immigration and trade to become the leading Republican vying to be the party’s candidate in the November election. His White House bid has driven a wedge between the party’s moneyed donors and grassroots voters, alarming party leaders who see him as a dangerous demagogue.

Trump, Ted Cruz, Marco Rubio and John Kasich will share the stage at a CNN-hosted debate at the University of Miami, which begins at 8:30 p.m. (0130 GMT on Friday). After a debate last week that degenerated into name-calling and sexual innuendo, Republican strategists were hoping for a more substantive evening.

Trump on Thursday criticized European Union nations and other countries for lowering interest rates, saying the move could cost manufacturing jobs at home. He said the United States should raise tariffs in response.

“We just sit back and do nothing,” Trump, 69, said on CNBC television. “That’s getting to be very dangerous as far as I’m concerned.”

Though the brash New Yorker has made economic issues a central theme of his presidential bid, he has steered clear of specifics.

He has promised to deport 11 million illegal immigrants, temporarily bar Muslims from entering the country and renegotiate trade deals with countries like China to protect U.S. workers.

Critics have dismissed those plans as unworkable at best, and Trump’s Republican presidential rivals have pointed out that his resorts have brought in workers from abroad rather than hiring Americans.

Our Principles PAC, an anti-Trump group, said on Thursday it would spend $1 million on ads in Ohio – where Republicans will vote in a crucial presidential primary next week – that hit him for having ties and shirts made in Asia.

However, nothing that Trump’s rivals for the nomination or mainstream Republican leaders have thrown at him so far has made a major dent in his leader-of-the-pack campaign.

After nominating contests in 25 states and Puerto Rico, Trump has amassed 458 delegates, according to the Associated Press, ahead of the 359 won by U.S. Senator Cruz of Texas and the 151 won by U.S. Senator Rubio of Florida. Ohio Governor Kasich trails with 54 delegates.

Trump needs 1,237 delegates to clinch the nomination. Mainstream Republicans say their best bet at this point is to stop him from reaching that number, which could enable a compromise candidate to emerge at the party’s July nominating convention in Cleveland.

Rubio and Kasich face make-or-break contests in their home states next Tuesday, and both will face intense pressure to drop out of the race if they lose. Polls show Kasich running competitively with Trump in Ohio, but Rubio lags far behind in Florida.

Trump’s trade-skeptical message could help him next Tuesday in Ohio and Illinois, which have lost hundreds of thousands of manufacturing jobs to foreign competition. Missouri, North Carolina and the Northern Mariana Islands, a U.S. commonwealth in the Pacific, also hold nominating contests on that day.

Cruz, 45, aims to knock Rubio, 44, and Kasich, 63, off the campaign trail to position himself as the best Trump alternative.

“From our perspective, we think it’s a two-man race, we’re the only one with a path.” said Cruz backer Saul Anuzis, a former chairman of the Michigan Republican Party.

Cruz was due to receive the endorsement of U.S. Senator Mike Lee of Utah at a Miami rally on Thursday, according to online news websites Buzzfeed and Politico – the first such endorsement from any of his Senate colleagues.