Here’s What to Expect at Apple’s March 21 Event 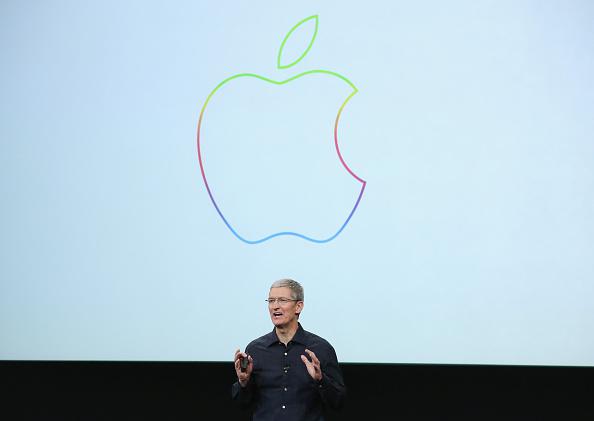 Apple sent out press invitations on Thursday for an event at its Cupertino campus on March 21 where it may announce updates to the Apple Watch, iPad, and iPhone.

“Let us loop you in,” the invite says with true Apple (AAPL) opacity.

What does the phrase mean? And what will the company unveil?

Well, the language in the invitation could be a reference to new rumored Apple Watch bands. Previous reports have indicated that Apple will announce new watch band colors and new watch band materials at the event.

Apple has also been testing a software update for the Apple Watch with developers since January, when the company first announced iOS 9.3 (more on that in a minute). The updated watch software includes improvements to the Maps app that lets users find nearby businesses directly from the watch and the option to pair more than one Apple Watch to an iPhone.

Apple is also expected to debut a new 9.7-inch iPad with features similar to the larger iPad Pro. Reports indicate Apple has included the same Smart Connector technology on the side of the upcoming tablet that makes it compatible with accessories like Apple’s Keyboard Cover for the iPad Pro. Support for Apple Pencil, a stylus for iPad Pros, is another possibility for the new iPad.

9to5Mac has indicated the new iPad won’t carry the iPad Air name, contrary to earlier rumors. Instead Apple will use a variation of the iPad Pro name for the new tablet.

A new “iPhone SE” should also make its debut. The new iPhone is expected to have design elements such as curved glass on the edges that are similar to the iPhone 6 lineup, but with a smaller 4-inch screen. It’s the same size of screen Apple had previously used with the iPhone 5 and 5S.

The new iPhone is expected to come with an 8 megapixel camera, Apple Pay capabilities, and Apple’s most recent A9 processor.

A smaller iPhone accomplishes two things. First it gives users who prefer a smaller device what they want while keeping them within Apple’s ecosystem. Second, it gives Apple a potentially lower cost device to better enter markets such as India where smartphone users are expected to see rapid growth. Just how low-cost would the phone be? We’ll have to wait to find out.

Hardware aside, we should see the official release of iOS 9.3. The upcoming software update has been tested since January, and brings some exciting features to the iPad lineup for users in academic settings.

Users would get the option to share a single device like an iPad with multiple students through user accounts. It’s the first time Apple has offered the ability, which would keep each students’ documents and data private.

Another notable feature found in iOS 9.3 includes a new Night Shift mode that changes color saturation of an iOS device, making viewing the screen easier on your eyes at night.

Then again, the “loop” reference in Apple’s invite could simply be a nod to the address of the tech giants current campus, One Infinite Loop. It’s an address that will soon change after the new “spaceship” campus opens nearby, most likely next year. As a result, this may be the last product announcement event held at the company’s current location.