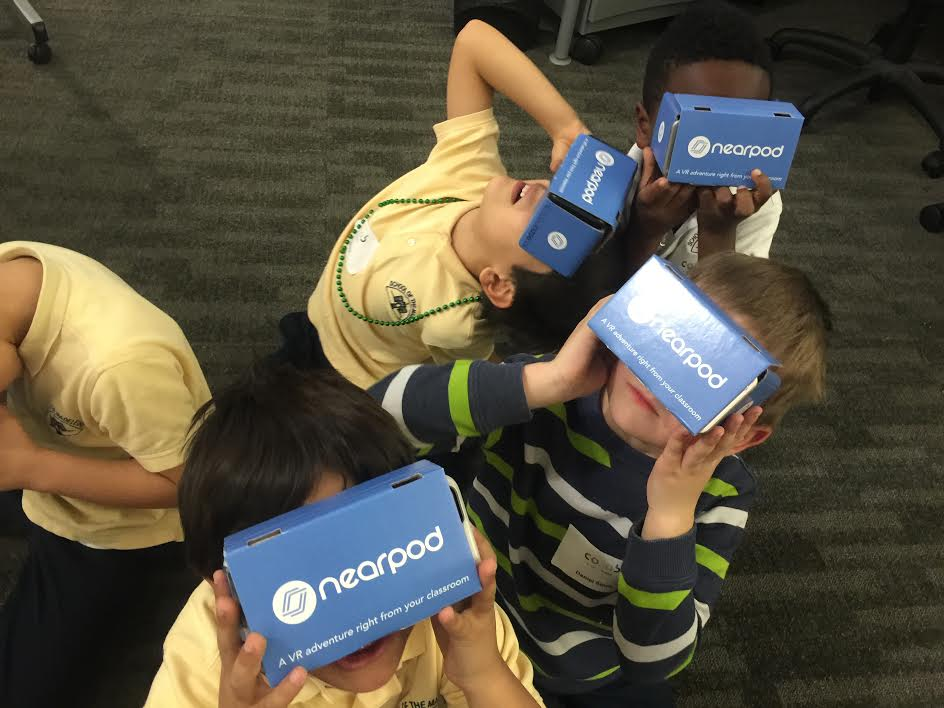 A group of first- and second-graders in Berkeley, Calif., recently went to Mars.

Now more teachers are clambering to let their students do the same, exploring new corners of the universe using virtual reality.

In a new survey of 1,000 teachers across the U.S. by classroom resource site TES Global, about a quarter said they want more game-based learning in class. And the number of teachers who want virtual reality in class doubled from last year, to 1 in 10.

So maybe it’s not quite “out with the textbooks, in with the VR headsets” but more and more, teachers are pushing for connected classrooms. Most teachers surveyed (8 in 10) are using technology in their lesson plans and fewer teachers report feeling like being connected to the Internet is a distraction in class.

But while big-name tech companies like Sony, Samsung, HTC, Oculus, and most recently Amazon are all lining up to create new gadgets to put on your face and watch VR, the stuff rolling out in classrooms is comparatively old-school.

Google developed a simple cardboard viewer for kids to wear in class. Attach a smartphone and voila, insta-VR. In January, Google Expeditions fired up a beta app for Android smartphones that can travel to more than 100 destinations. And Nearpod virtual reality for the classroom can transport kids to the kinds of places they used to only read about in school.

Students can use cardboard viewers to soar over the pyramids in Egypt or explore under the sea at the Great Barrier Reef. School districts in San Francisco and Polk County, Fla., are already testing out Nearpod’s tech.

For more on Google and VR, watch:

But even as teachers get more excited about bringing the Internet into the room and playing with VR, tech in class isn’t ubiquitous just yet. A full 27% of the teachers who were surveyed this year said they still don’t have enough computers or tablets to go around in their own class.