Here Are the Stocks to Buy if Bernie Sanders Becomes President 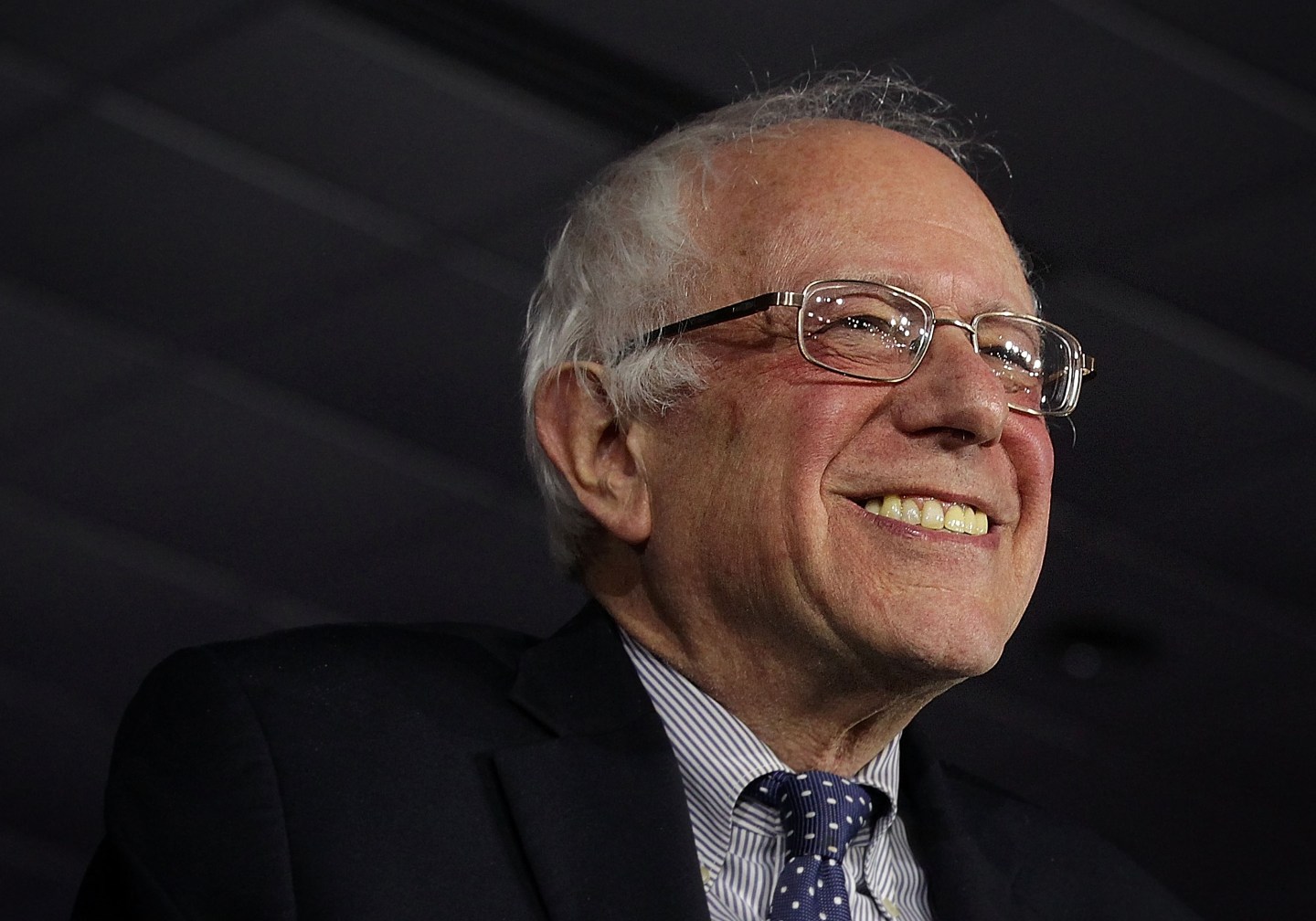 Much like the way oil stocks surged under George W. Bush, and technology under Bill Clinton, a new president with a different set of priorities can greatly affect the fortunes of companies. Senator Bernie Sanders, a presidential candidate with many ideas far off the beaten path from most other U.S. politicians and a deep desire to reform and restructure the balance of power in the American economy, would change the game across a host of industries.

To be sure, Sanders wants to raise taxes and regulation on Corporate America. That’s not likely to be good for most companies, especially large publicly traded ones. And the stock market is not immune to changes in the status quo. But as always, along with the losers, there will be winners as well.

Combating climate change is a cause Sanders has vowed to fight for. Sanders wants to decrease carbon emissions to 40% by 2030 by levying a tax on carbon emissions and facilitating the development of clean energy technology. While companies that primarily rely on fossil fuels will either have to adapt or see their share of the profits from the energy sector shrink, sustainable and renewable energy companies are primed for growth. Under Sanders, the government will invest in and subsidize businesses involved with the production and installation of solar panels, windmills, car charging stations, and other green energy solutions.

One stock that could do well: Tesla (TSLA). Sanders has stated that he is dedicated to cutting into the pollution that comes from transportation, which accounts for more than a fourth of all carbon emissions in the nation. Sanders wants to build a large network of charging stations, which would make driving an electric car a legitimate transportation option for many motorists for the first time. And with Tesla recently announcing that its coming Model 3 will sell for a relatively affordable $35,000, demand could accelerate.

Given that a major tenet of Sanders’ campaign is Wall Street reform, it should be a given that bank stocks will take a hit. As it is now, the six largest banks in America hold assets equal to 60% of the nation’s GDP and control more than 95% of all derivatives. This concentration of power, and how it influences everything else, most notably politics, has been a big part of Bernie’s message. So waging a war to break-up the huge banks would be high up on President Sanders agenda. But even if he isn’t able to break up the banks—and he isn’t likely to be able to—he is certainly likely with appointments to the Federal Reserve, the Securities and Exchange Commission and elsewhere make life difficult for big banks like Bank of America (BAC) and J.P. Morgan Chase (JPM). So don’t expect those banks to do well, either way, but especially if Sanders is successful in his breakup. “There is some stock price premium for ‘too big to fail status, ‘so some of the parts would not be equal to the whole,” says economist Dean Baker of the Center for Economic and Policy Research.

But there could be some surprise winners among financial firms. Smaller banks could benefit as their larger rivals come under more scrutiny. And Sanders seems to have more of a problem with the power of Wall Street, than the business of lending. The KBW Regional Bank index (KRX) could do well then under President Sanders. It is made up of 50 regional banks—the biggest of which is Bankcorp South, which is based in Tupelo, Mississippi.

Sanders wants to transform American healthcare into a single-payer system, which is Sanders promises will bring down costs for individual consumers at the expense of profits for the providers. Even more significantly, if the government foots the bill for everyone’s healthcare, the private insurance industry would all but dry up. Currently $1 trillion a year passes through private insurers, but if the government were to take over, only a sliver of that would go to private insurance companies like Anthem and Aetna, who would be relegated to covering small niches in the health market not covered by Washington. In that case, private insurance stocks would absolutely tank, with many companies dissolving completely.

But depending how much you believe President Sanders, hospital stocks could do well. The Sanders campaign says his plan would dramatically cut medical costs by $6 trillion over 10 years. If that’s the case all health care companies will fare poorly under Sanders. But it’s not clear that Sanders can achieve the health savings he is promising. If that’s so, his plan could increase coverage and health care usage, increasing coverage. If that’s the case, then hospital stocks could do well. HCA Holdings (HCA) is the largest hospital operator in America, and could benefit.

Sanders proposes investing $1 trillion over five years towards rebuilding and modernizing the nation’s aging infrastructure. Improvements to bridges and highways will receive the largest piece of the pie at $125 billion, but basically everything across the board would see major work—railways, airports, seaports, dams, as well as the electrical grid. Sanders is not shy about spending this huge sum of money, citing an International Monetary Fund report stating that for every dollar spent, a well-designed infrastructure project nets nearly $3 in economic output. So you can be sure he’d lean on the side of spending more rather than less—that is if Congress lets him do it.

Given the huge outlay of funds Sanders has put forward, construction companies are certain to see a huge bump in activity and thus, profits. One likely winner is Vulcan Materials (VMC) which is the largest U.S. producer of sand, crushed stone and gravel—key ingredients in making roadways.