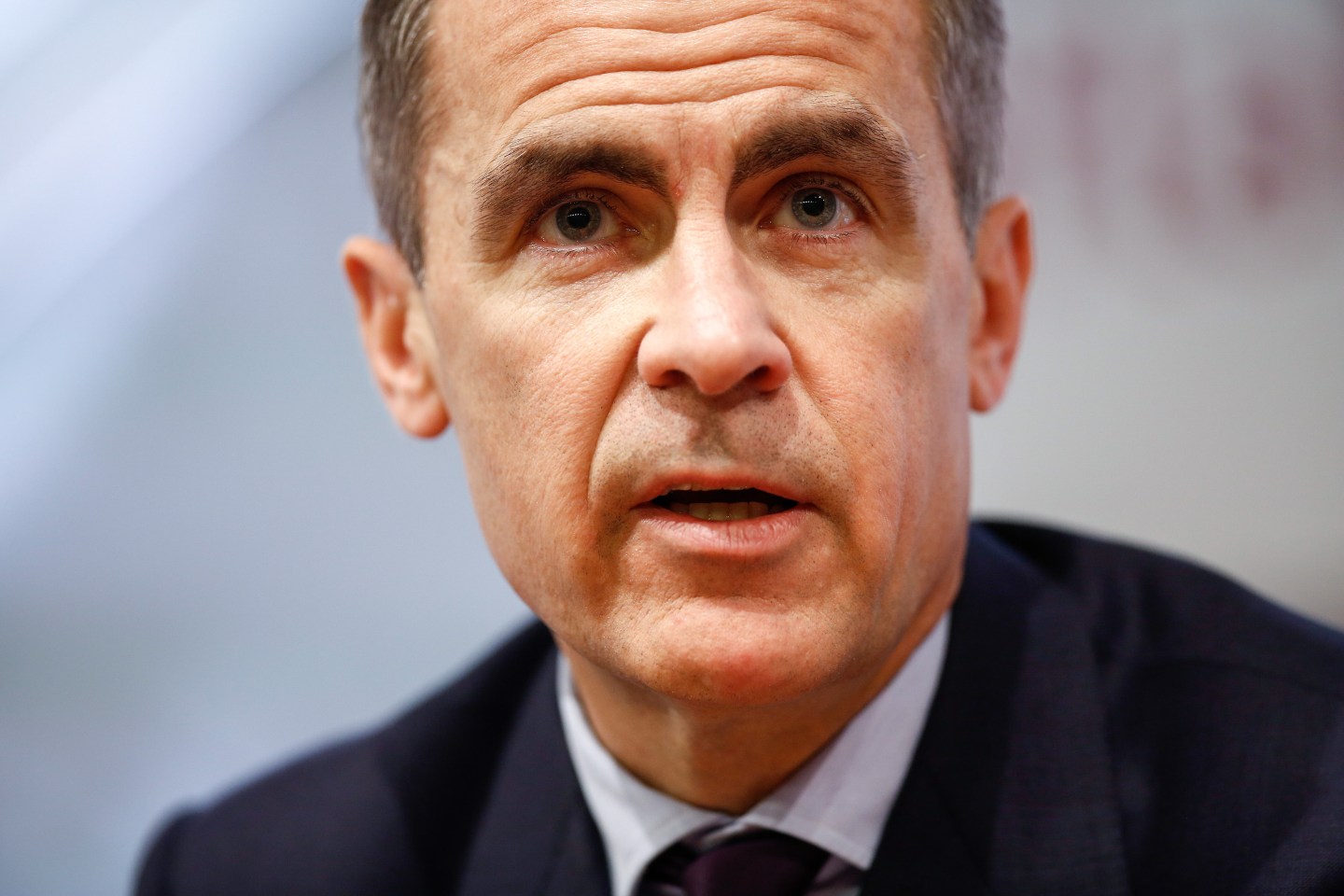 Mark Carney, governor of the Bank of England (BOE), speaks at the bank's quarterly inflation report news conference in the City of London, U.K., on Thursday, Feb. 4, 2016. Sterling has dropped almost 5 percent since the day before the BOE's November inflation report, touching the lowest level since 2009 last month. Photographer: Simon Dawson/Bloomberg via Getty Images
Photograph by Bloomberg Bloomberg via Getty Images

Wall Street stock futures are lower this morning as global stocks take fright at the latest shocking data out of China (see below). Crude oil futures have also fallen back, but the international benchmark blend Brent is still holding above $40/barrel.

Today’s must-read story is by Fortune’s Lucinda Shen on a new electronically-traded fund that specializes in investing in companies with more women in top management rolls. The fund developed by State Street Global Advisors debuts today.

1. German prosecutors widen the list of suspects at VW

German prosecutors have widened their investigation into potentially criminal activity at Volkswagen to 17 members of staff—but still aren’t investigating either its present or its past top management. A spokesman for the prosecutors in the city of Brunswick (Braunschweig) told Fortune that recent disclosures suggesting that chief executive Martin Winterkorn was aware of the long-running deception of U.S. regulators already in May 2014—over a year before the company finally admitted it to the world—weren’t enough by themselves to justify opening an investigation into the former boss.

Bank of England Governor Mark Carney backed U.K. Prime Minister David Cameron’s European Union deal ahead of a June referendum on membership, saying the agreement allowed the central bank to do its job. While Carney said he was not making any recommendation about how to vote in the June 23 referendum, he gave a positive assessment of reform promises that Cameron extracted E.U. leaders ahead of the referendum.

Leaders and investors from across industries will gather in Santa Monica, Calif. for the Montgomery Summit today where they will discuss innovations in business and technology. The invitation-only event is presented by Macquarie over two days. Cisco Systems (CSCO) Chairman John Chambers will headline the keynote event.

An ex-Goldman Sachs banker connected to a controversial state investment fund in Malaysia has been subpoenaed by U.S. authorities. According to Bloomberg, Tim Leissner, once the chairman of Goldman’s operation in Southeast Asia and husband of former U.S. model and designer Kimora Lee Simmons, resigned in January after bank investigators found he allegedly violated firm policies, but continued to work for the bank until Feb. 23, according to The Wall Street Journal. He was issued a subpoena in late February.