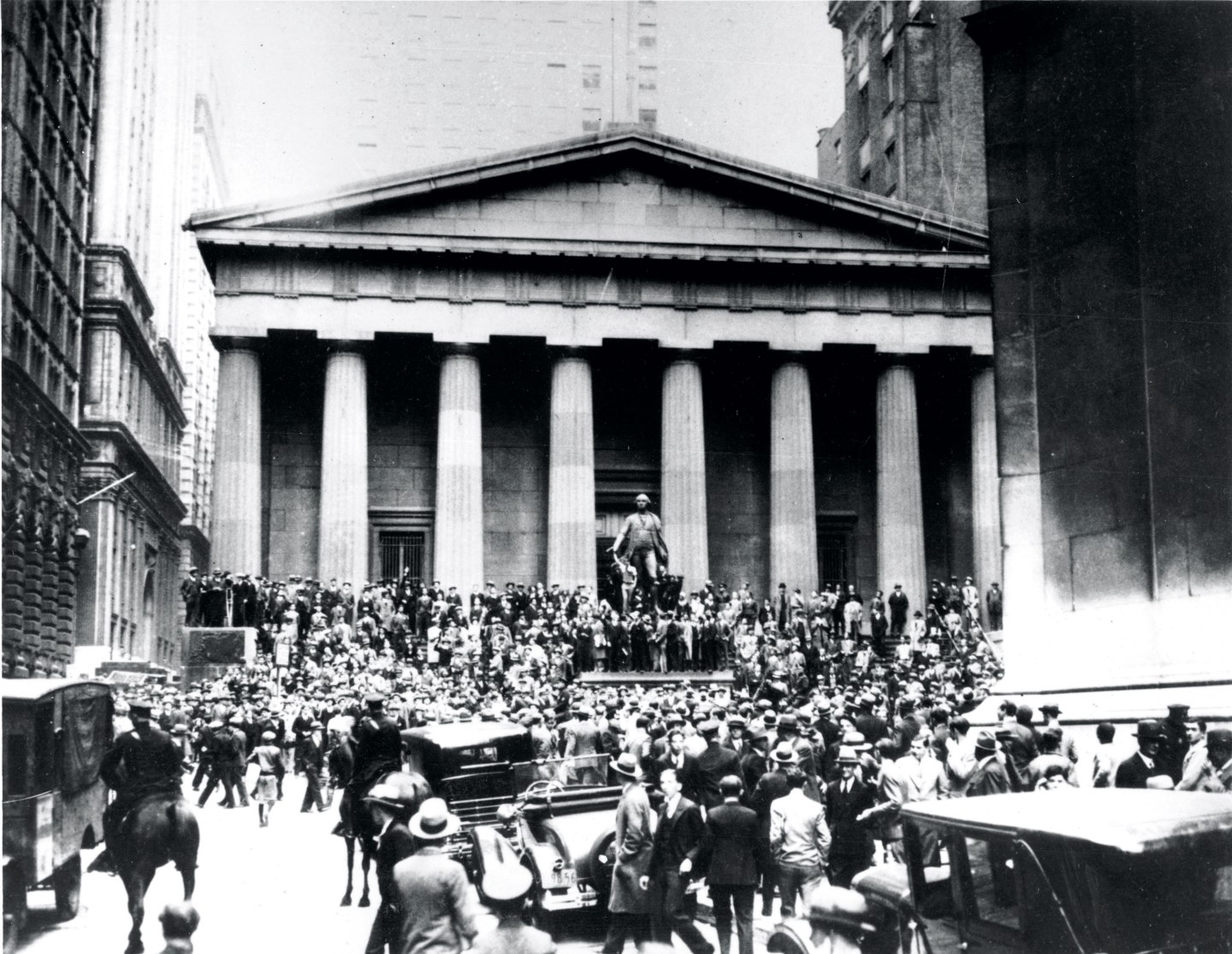 **FILE** Crowds panic in the Wall Street district of Manhattan due to the heavy trading on the stock market in New York City on Oct. 24, 1929. (AP Photo)
Photograph by AP

The problem with being a contrarian when it comes to the economy is this: If everyone believes we’re headed for a recession and acts that way, then we probably are. Mood, confidence, and uncertainty matter. Fortune recently partnered with polling firm Morning Consult to ask 2,000 people if they thought a recession was imminent. The answer from 38% of respondents was yes. About a quarter couldn’t decide, and just 36% said no—not exactly optimistic.

Indeed, there’s a lot to be worried about these days. The stock market has been rocky. Corporate profits have flatlined. The price of oil has plunged on concerns about weak growth in China and elsewhere in the world. There are mounting worries about the banks. And CEOs, like PepsiCo’s (PEP) Indra Nooyi, are saying the economy looks as rocky as they have ever seen it.

And yet most professional forecasters think a recession is unlikely. A recent poll of Wall Street economists pegged the chances of one occurring in 2016 at 21%—up from a year ago but still relatively low. What’s more, many of the key measures of the U.S. economy (most notably the unemployment rate below 5%) are still strong.

Of course, it’s hard to escape the drumbeat of negative news, particularly in this election cycle. So if you’re still inclined to stuff your mattress with cash, here are the key recession triggers to watch—plus a few reasons to stay calm and carry on.

Five things to keep an eye on:

When oil started falling, economists were bullish on growth, as cheaper gas tends to give consumers more spending money. But no one anticipated the magnitude of the commodity’s collapse. “Contemplate a world that produces 90 million barrels of oil per day, or 32.9 billion per year,” investment consultancy High Frequency Economics’ Carl Weinberg wrote in a note to clients. “Reducing the value of that production by $100 per barrel subtracts $3.3 trillion from world income, which is only $70 trillion to begin with.” Adds Weinberg: “That is a big ouch.”

Reason not to worry:
Oil has fallen before. There was a similar (though not as huge) shock to the commodity in 1986, when the price fell from $30 a barrel to $15, which didn’t tank the economy. Even more encouraging? The vast majority of economic activity in the U.S. is in the service sector, which does generally benefit from cheaper energy prices.

What to watch for:
Capital spending in extractive industries like oil fell 35% in 2015. If the decline continues, expect oil to weigh on the economy. If capex spending levels out, however, low gas prices should start being a boon to the U.S. economy rather than a drag.

Manufacturing is in a recession

The warning signs of a global slowdown aren’t limited to energy markets. As the Chinese economy has weakened, commodities have slumped, and manufacturers have been forced to slash prices in order to compete with panicked Chinese factories producing at full tilt. The closely viewed survey of U.S. manufacturing executives by the Institute for Supply Management in February showed the sector contracting for the fifth month in a row.

Reason not to worry:
Manufacturing these days is only a small portion of the economy, and ISM’s non-manufacturing index is still expanding at a healthy clip.

What to watch for:
Keep track of surveys of the service sector as well as measures of the labor market for signs of weakness. If initial unemployment claims start to rise consistently from today’s historic lows, manufacturing malaise could be metastasizing.

Lending will get tighter

In the Federal Reserve’s January survey of loan officers, just over 8% responded that they planned to toughen lending standards on corporate borrowers; it was the highest percentage since 2009. Tightening credit doesn’t always lead to a recession. But every recession starts with that. At the same time, companies are having to pay more to borrow, particularly if they have low credit ratings.

In December, the difference between borrowing costs of junk-grade and investment-grade companies rose to just over 7%. Typically, when the spread has gotten that big, Goldman Sachs (GS) noted, a recession has followed.

Reason not to worry:
The good news is that while the spread has risen, the fact that interest rates are still low means that companies—especially investment-grade firms—are still paying historically low prices to borrow. And when it comes to consumer loans, lending officers say they are continuing to make credit card, auto, and other loans more available, not less.

What to watch for:
Two years after the financial crisis, the Federal Reserve Bank of St. Louis developed an index to track financial stress. The higher the index, the more danger. During the crisis it would have registered a six. Right now, it’s below zero, though it has been creeping northward.

Average earnings for the companies in the S&P 500 dropped in the fourth quarter of 2015 vs. a year ago, according to FactSet—marking the third straight quarter that profits have fallen year over year. Collectively, Wall Street analysts predict earnings will continue to sink past the spring, before rebounding slightly in the second half of 2016.

Reason not to worry:
The silver lining is that profits were way up coming out of the recession, and margins are still near all-time highs. Plus, much of the current profit slump is coming from just one sector: energy. Earnings of companies in the oil and gas industry dropped nearly 75% in the quarter. And before companies started reporting their numbers, analysts had been expecting an earnings drop of closer to 5%—worse than the nearly 3% we got.

What to watch for:
If earnings outside of the oil industry turn south as well, then the economy might have a real problem. So far that hasn’t happened: Exclude energy companies and those that get more than half of their income overseas, and the fourth quarter’s “big profit drop” turns into a 7% increase, according to Standard & Poor’s.

As you are probably aware, American stock investors have been irritable of late. The S&P 500 fell 13% from July to mid-February, reflecting, among other things, deeper suspicions about the health of the U.S. economy. The market is a leading indicator of economic activity, and recessions are almost always preceded by falling stock values.

Reason not to worry:
Stock market declines of 10% or more are not uncommon during economic expansions, as dips in 2010 and 2011 have shown. Bear markets, however, in which the S&P 500 falls more than 20%, have happened only two times outside a recession since 1900.

What to watch for:
Pay attention to the bond market. A yield-curve inversion—where short-term interest rates outpace long-term rates—is a far more reliable indicator of recession than equity markets. If that happens, the market’s panic will be a little more justified.

A version of this article appears in the March 15, 2016 issue of Fortune with the headline “Don’t Panic!”