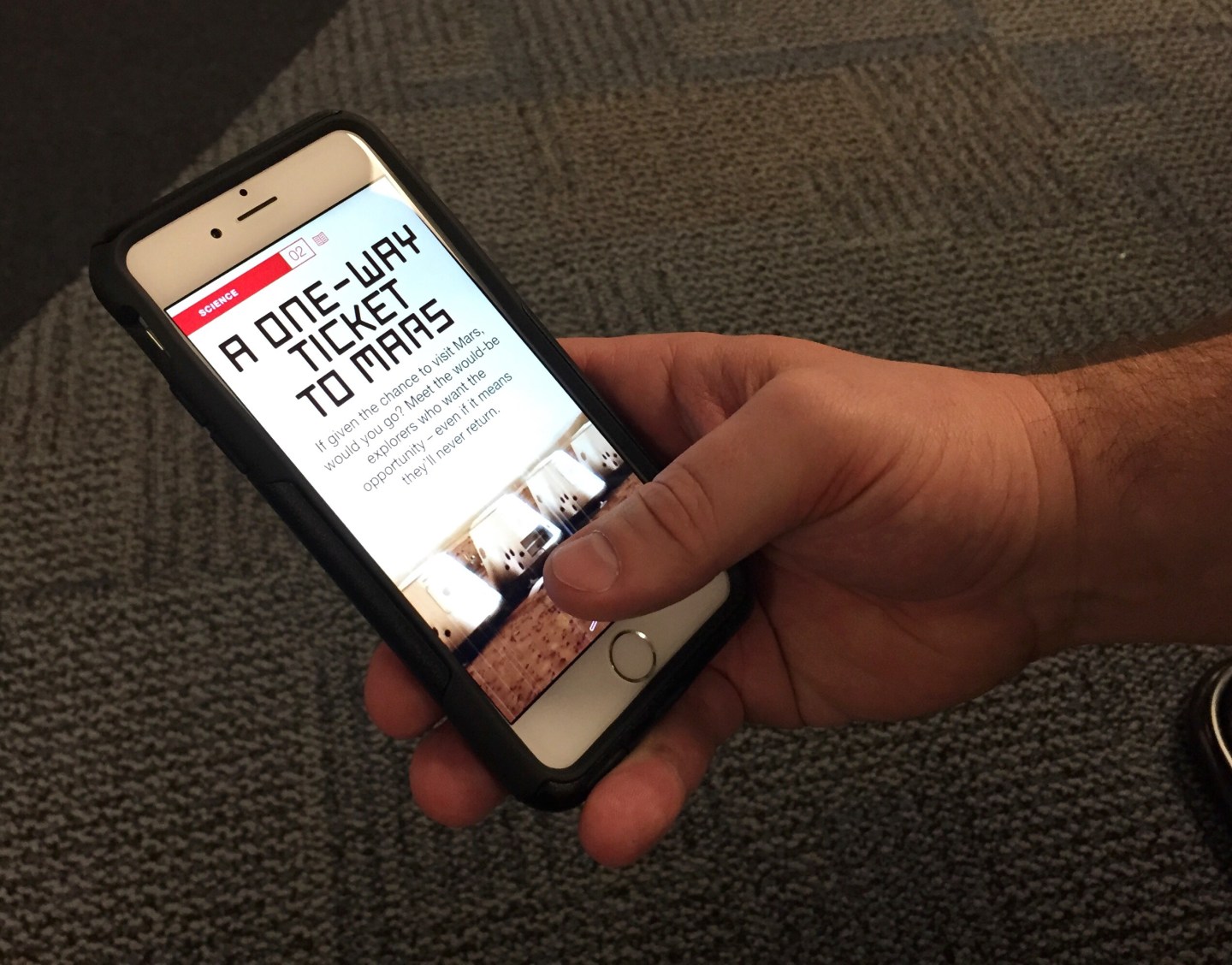 Snapchat, the ephemeral messaging app, has set some big goals for itself this year—goals to the tune of at least $300 million in revenue.

The startup, which is currently valued at $16 billion, is projecting revenue of $300 million to $350 million for 2016, according to a report from Re/code, citing anonymous sources. That’s at least three times the $100 million in revenue run rate the company reportedly hit in October, and more than six times its original target of $50 million for 2015. Tech news site The Information reported a similar revenue target in late January.

Though still a relatively new operation, Snapchat makes money through several means. Discover, the media hub the company introduced into its app a year ago and that lets users consume bite-sized content from publishers and advertisers, is one of its main sources. Additionally, Snapchat lets brands pay to sponsor their own geofilters (decorations for users’ photos and videos that appear in specific locations) and lenses (animated overlays). It also lets them pay for ads in its Stories, which are collections of user-generated photos and videos organized by location or event.

Though projected revenue isn’t exactly the same as money already in the bag, increasing its target does hint at how well Snapchat’s revenue streams likely are doing. Another reason for the higher expectations could be the advertising API (a software tool for connecting services) Snapchat is reportedly developing to let advertisers more easily inject their ads into Snapchat, as well as the app installs, à la Facebook, it’s beginning to roll out.

A Snapchat spokesman declined to comment on the company’s financials. Last week, the company reportedly raised a fresh $175 million in new funding from Fidelity, though its valuation remained at $16 billion.