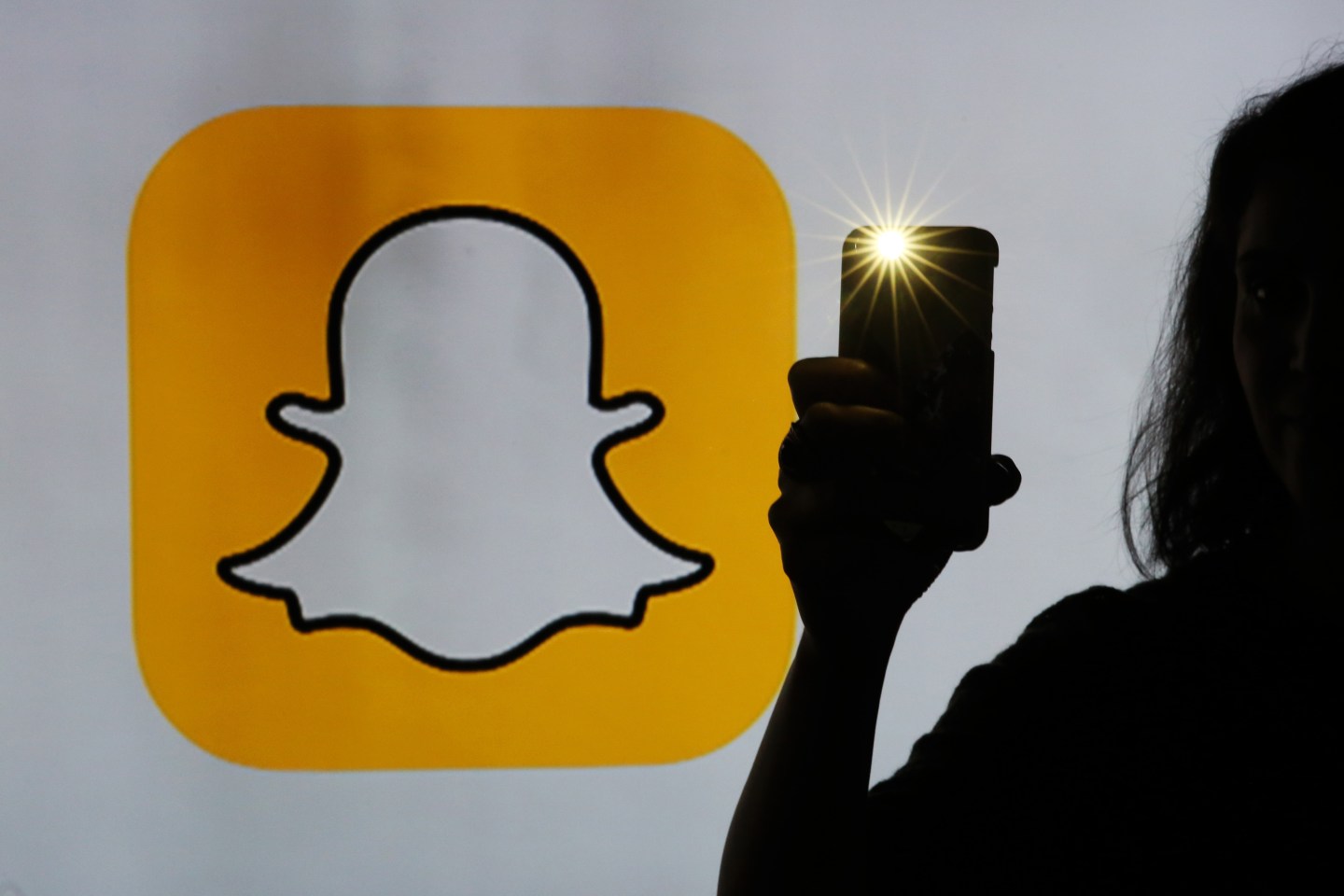 A woman takes a photograph with a camera whilst standing against an illuminated wall bearing Snapchat Inc.'s logo in this arranged photograph in London, U.K., on Tuesday, Jan. 5, 2016. Snapchat Inc. develops mobile communication applications that allows the user to send and receive photos, drawings, text, or videos that will only last for an allotted amount of time. Photographer: Chris Ratcliffe/Bloomberg via Getty Images
Chris Ratcliffe—Bloomberg Bloomberg via Getty Images

Messaging app Snapchat has reportedly raised $175 million in new funding from financial giant Fidelity, according to the Wall Street Journal, amid increasing investor caution for once hot startups.

The investment valued Snapchat at $16 billion, or the same as its previous funding round in March 2015.

The lack of growth in valuation comes at a time when a number of mutual funds are marking down the value of their investments in private technology startups. Last week, The Information reported that Morgan Stanley reduced the value it assigned to investments in Dropbox, big data company Palantir, and Indian e-commerce company Flipkart.

A flat valuation isn’t surprising considering that Fidelity marked down the value of its Snapchat stake by 25% in late 2015. Technically, its latest investment was part of last year’s funding round, but Snapchat could have argued for a higher valuation considering a year had passed.

The more cautious approach to tech investing is having repercussions across Silicon Valley. First startups will be less likely to take venture money for fear of getting a discounted valuation. But it’s also likely Fidelity and others are tightening the purse strings when it comes to betting on late stage technology companies.