Stocks, Primaries, and ECB Rates—5 Things to Watch for the Week Ahead 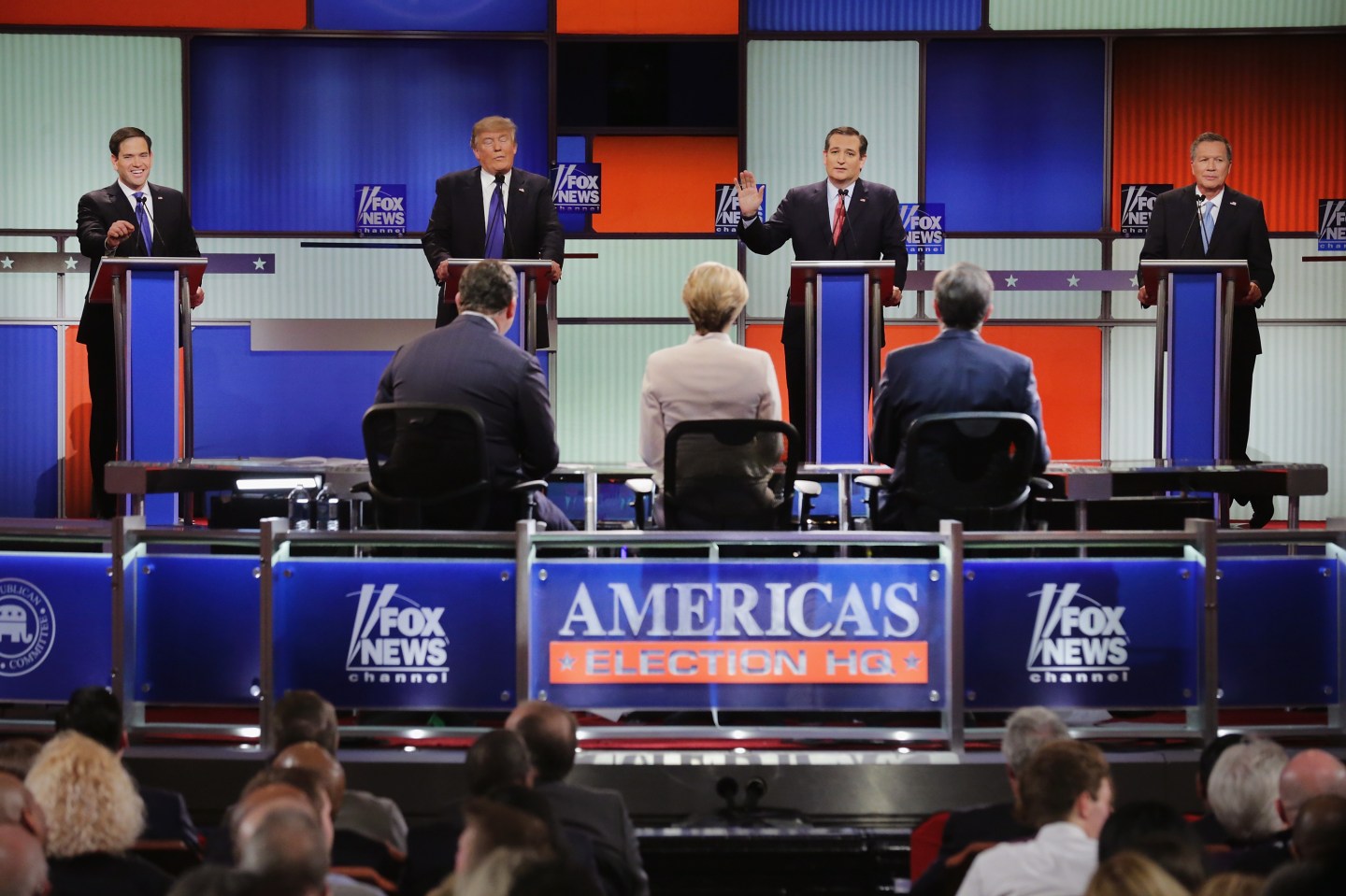 CORRECTION: This article originally mistakenly referred to Square’s competition in the “online payments space” when it is a mobile payments company. The article has been updated.

The new week begins with U.S. stocks on a three-week winning streak and a limited supply of remaining quarterly updates from major companies. Meanwhile, Republican and Democratic voters continue to head to the polls in select states around the country at a time when the Republican party struggles with competing interests within the GOP. Also, Europe’s central bank makes a key monetary policy decision and China sets economic targets.

The stock market will look to keep up its recent success this week after recording three straight weeks of gains amid stabilizing oil prices and a stronger-than-expected monthly employment report. The recent gains have pushed the Dow Jones Industrial Average back over the 17,000-point mark, as all three major indices finished the week up by more than 2% apiece. There won’t be a ton of economic data or corporate earnings this week to weigh on market activity, though the Commerce Department will release data on January wholesale inventories while the Labor Department will have information on February import prices.

The Republican party may be suffering through a major identity crisis at the moment—as the party’s establishment continues to attack frontrunner Donald Trump—but GOP voters still have to head to the polls to pick the party’s eventual presidential nominee. Following weekend contests in Maine, Louisiana, and other states, Republican and Democratic voters will cast votes on Tuesday for the next face of their respective parties in Michigan and Mississippi, while GOP-only contests will occur that day in Hawaii and Idaho.

In China, the National People’s Congress got under way in Beijing over the weekend and will run through March 16, as the country’s leaders set targets for the government’s budget and outline a five-year development plan. The congress comes at a time when global markets have experienced volatility due to concerns over the economic slowdown in China, where it was reported last week that the government plans to lay off as many as 6 million state workers over the next few years in industries that are over-staffed. While Chinese Premier Li Keqiang opened the congress over the weekend by laying out targets for 2016 economic growth, the New York Times noted that economists and investors around the world remain skeptical of the country’s official figures and targets.

Discount retailer Dollar General (DG) is expected to report Thursday that its fourth-quarter sales dipped from the previous quarter after the company cut its full-year sales forecast in December. Rival retailers such as Dollar Tree (DLTR) and Walmart (WMT) also reported weak sales in the most recent quarter due to the strong U.S. dollar and falling food prices. Then, on Wednesday, mobile payments company Square (SQ) will report quarterly figures for the first time since the company went public last fall. Square, which is headed by Twitter (TWTR) CEO Jack Dorsey, will likely post fourth-quarter revenue that falls short of Wall Street’s forecasts as the company faces increased competition in the mobile payments space.

On Thursday, the European Central Bank will meet to make a decision whether or not to again lower the region’s interest rates in order to stimulate the European economy. ECB President Mario Draghi will announce the central bank’s decision on Thursday, with analysts and investors showing concern over how negative interest rates could negatively affect Euro area banks. International Monetary Fund head Christine Lagarde is among the area leaders who have cautioned against implementing negative rates as a means of spurring economic growth. Meanwhile, on Tuesday, Bank of England Governor Mark Carney will testify in front of U.K. lawmakers with regard to Britain’s referendum on membership in the European Union.