Here’s How Corporate Growth Is Killing The Economy 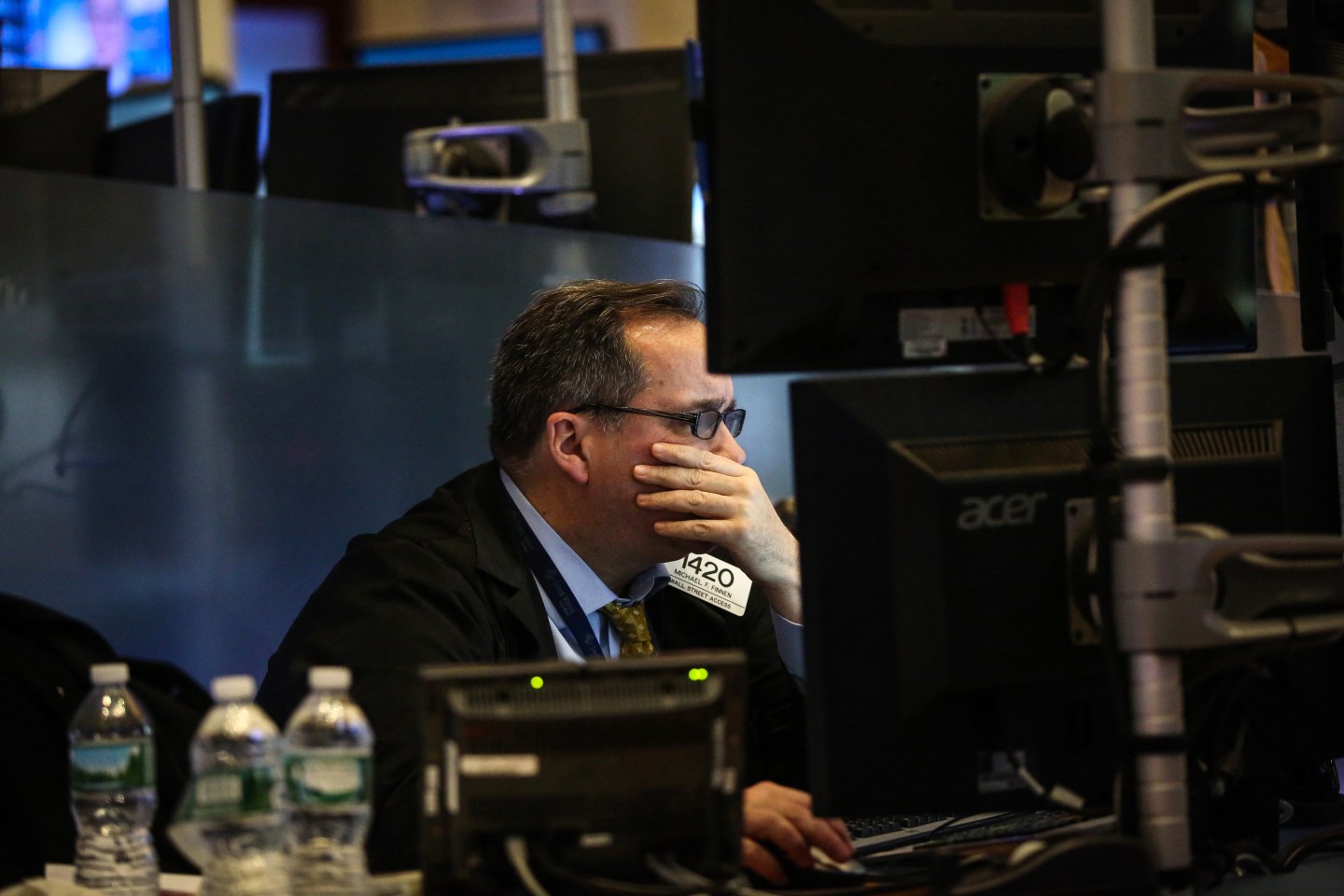 A trader works on the floor of the New York Stock Exchange (NYSE) in New York, U.S., on Friday, Jan. 15, 2016. Stocks tumbled around the world, with U.S. equities headed for their lowest levels since August, and bonds and gold jumped as oil's plunge below $30 sent markets reeling. Treasuries extended gains as economic data and earnings added to concern that global growth is faltering. Photographer: Chris Goodney/Bloomberg via Getty Images
Photograph by Chris Goodney—Bloomberg Bloomberg via Getty Images

It’s easy to see it in fast-forward: companies like Twitter and LinkedIn, who leapfrog each other to achieve sky-high valuations, end up incapable of delivering the hundred-fold returns that investors expect. Sure, the companies have terrific revenue. Twitter brings in over half a billion dollars a quarter. But if and when this revenue reaches a plateau–as it has for Twitter–the company may as well be considered dead.

That’s because by taking on too much capital–by selling themselves to the financial markets–they surrender their underlying businesses to the more important imperative of share price. Investors don’t invest in order to own a company; they invest in order to sell it.

And while those of you in more traditional businesses probably can’t help but smile at these flailing upstarts your shaudenfreud may be unearned. If you’re a public company, or more driven by the metrics of your debt structure than those of the markets in which you actually operate, you, too, are caught in the growth trap.

Startups just do all this in fast-motion because they’re pumped up on digital steroids: a developer with a great idea accepts venture capital and a high valuation, at which point the venture capitalists are in charge. The company must pivot away from its original mission in order to grow enough to reach a “home run” in the form of an acquisition or IPO. They’d rather the company die, than live as a moderate win.

This forces startups to adopt scorched-earth policies in order to achieve a complete monopoly over a market–like Amazon did with books, or Uber seeks to with taxis–for the sole purpose of conquering another vertical. It doesn’t matter that they suck their original market dry,; there’s always another on which to feed.

The startup scene may be a tragedy in terms of lost opportunities and irreparably disrupted markets. But it’s just a technologically amplified version of what we see happening to pretty much every member of the S&P 500.

Shareholders incentivize CEOs to push for growth at any cost, even if that means cannibalizing their own companies with write-offs, or stoking expectations with acquisitions that–like 80% of all mergers and acquisitions–lose money for everyone involved.

Growth is the core command of corporate America. I once attended the retreat of a Fortune 100 company where the CEO led a few hundred executives in a chant of “5.3!” their growth target for the coming year. If one of the world’s 100 biggest companies isn’t big enough, than what is?

By valuing capital gains above all others, we end up extracting the value of our marketplaces and rendering them incapable of generating economic activity. As a Deloitte study showed, corporate profits over net worth have been decreasing for 75 years. Corporations are great at accumulating capital, but terrible at deploying it. They vacuum the money off the playing field altogether, impoverishing the markets and consumers–not to mention the employees–on whom they ultimately depend.

Every CEO both knows this, and suspects it will be his undoing. I get more calls from them every year, asking me what they can do. Why me? Because this isn’t a challenge of finance but communication. They need a way to explain to their shareholders that the growth mandate is killing their companies.

It’s also killing our economy, our job market, and our planet. Growth for growth’s sake may have worked for the colonial empires of the 16th Century, but it’s not sustainable–certainly not at the exponential rates shareholders demand in a digital economy.

Rather, we must accept the invitation of a digital age to optimize our businesses less for the accumulation of capital than the velocity of money – the speed and volume of transactions.We need to get money out of the cold storage of share price, and back into circulation.

On a policy level, yes, the easiest fix would be to tax capital gains the same or more than dividends and payroll earnings. If we’re trying to encourage transaction and the deployment of money, we can’t maintain tax policies that punish it.

It would sure make it easier to tell shareholders that the main benefit of owning stock may not be the opportunity to sell it at a higher price, but the dividends of holding it. Dividends are scoffed at on Wall Street as evidence that a company has no more room to grow, when they should be celebrated as proof that the enterprise is alive and well.

Earnings never bothered family businesses, which have historically demonstrated more resilience and longevity than those owned by shareholders. Yes, they make more money in the long term, and do better than their counterparts in every climate except bubbles. That’s because family businesses are obsessed not with growth but sustainability. Instead of thinking how much money they can extract and leave to their grandchildren, the owners of family businesses think about how they can build a business that can continue to provide jobs and revenue for them.

What they realized centuries ago–and what failing growth-based businesses need to learn today–is that the mindless pursuit of growth ultimately demands that you extract value any way you can, whether it’s from labor, the environment, or your customers. By pursuing sustainable revenue instead of relentless growth, companies quickly realize that it pays to make other people rich.

It’s not about redistributing the spoils of business after the fact through taxes or foundations. That’s too late. It’s more about seeing how making other people rich is actually good for business. It’s behind the success of eBay and Paypal, which arose to promote transactions and help others create value, rather than treat their customers like resources to be extracted.

To the business that has escaped the growth trap, the world stops looking like territories to conquer, and more like markets with which to engage.

This article is adapted from Throwing Rocks at the Google Bus: How Growth Became the Enemy of Prosperity (Penguin Portfolio, March 2016) by Douglas Rushkoff. Rushkoff is the author of a dozen other bestselling books on media, technology, and culture. He is a professor at Queens College.