SpaceX Fails Again At Landing a Rocket On a Ship 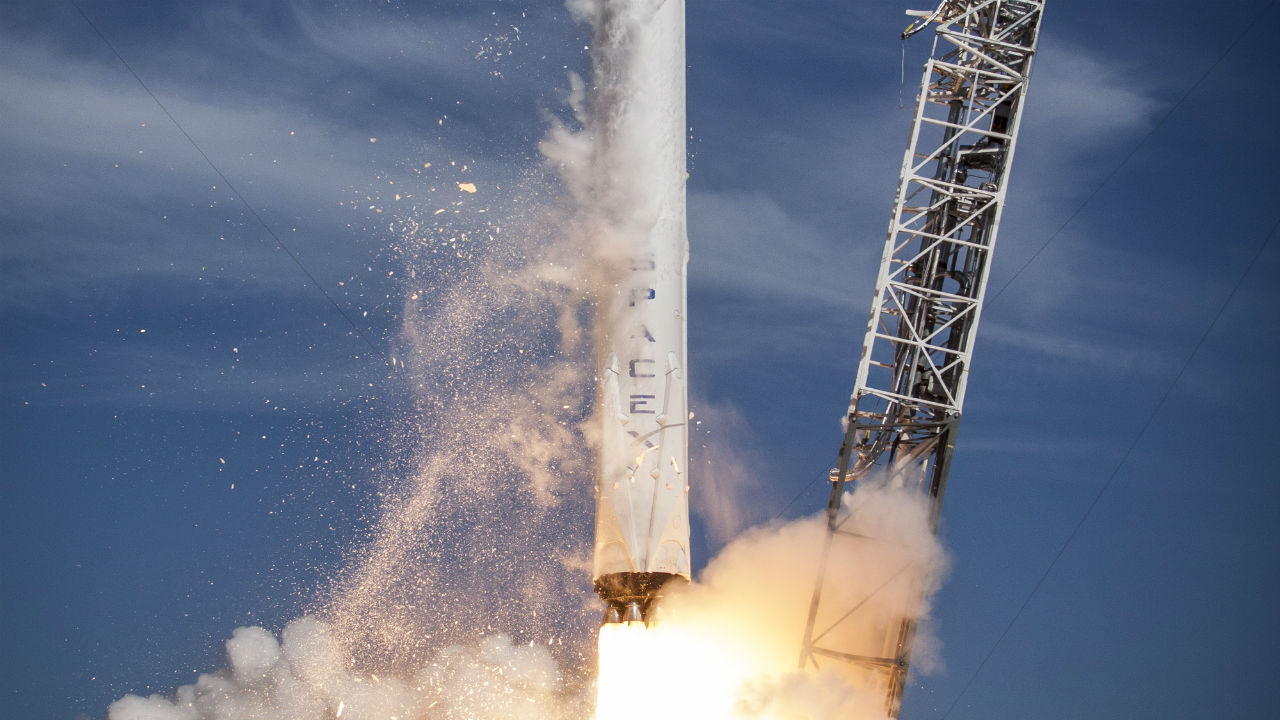 After four scrubbed launches, SpaceX finally managed to successfully blast a Falcon 9 rocket carrying a communications satellite into space on Friday night. But the rocket’s first stage once again failed to stick the landing on SpaceX’s drone ship floating some 400 miles off the Florida coast.

Lifting off at 6:35 p.m. from Cape Canaveral, Fla., the mission successfully delivered one of the heaviest satellites SpaceX has ever launched into its orbit some 36,000 kilometers above the Earth. Reaching that high orbit required the Falcon 9 to accelerate to extremely high speeds during its ascent.

The burning of so much additional fuel and the rocket’s high re-entry velocity diminished the chances of a successful landing. As such, SpaceX founder Elon Musk tried to lower expectations for the landing attempt over the past few weeks—and he turned out to be correct.

For about a 45 minutes after landing, it was unclear what had happened to the rocket. A video feed of the landing cut off just as its fiery exhaust came into view. Musk eventually tweeted the news about the unsuccessful landing. It was the fourth failed attempt to land on a barge.

Rocket landed hard on the droneship. Didn't expect this one to work (v hot reentry), but next flight has a good chance.

In December, SpaceX successfully landed a rocket that had put a satellite in orbit on dry land at Cape Canaveral, in what was a remarkable achievement in space flight. That terrestrial landing proved that SpaceX’s landing systems work and the feasibility of recovering spent rocket stages in an effort to cut costs. But for high-altitude, high-speed missions like the one launched tonight, an at-sea landing makes better sense from both economic and safety perspectives, even though ocean landings remain far more difficult.

A third attempt on Sunday was cancelled when a boat wandered into the secured zone underneath the rocket’s flight path, postponing the launch by 35 minutes during which the liquid fuel again grew too warm. On Tuesday, high upper-level winds prompted the postponing of the mission until tonight.

Super-cooling the oxygen propellant is a new trick SpaceX is trying to perfect on its new upgraded Falcon 9. The super-chilled fuel is more dense and boosts the rocket’s performance. It’s also clearly causing the company some headaches on the launch pad because it requires keeping that fuel chilled to near-freezing temperatures.

The company is attempting to land the first stages of its rockets on the drone ship in an effort to retrieve and refurbish them. The first stage contains the bulk of the rockets fuel as well as several of its more expensive components, including nine rocket engines. Traditionally these stages burn up in the atmosphere or or discarded into the ocean. SpaceX estimates that refurbishing and reusing them could drive down the cost of launch by an order of magnitude or more.