Give Millennials a Break 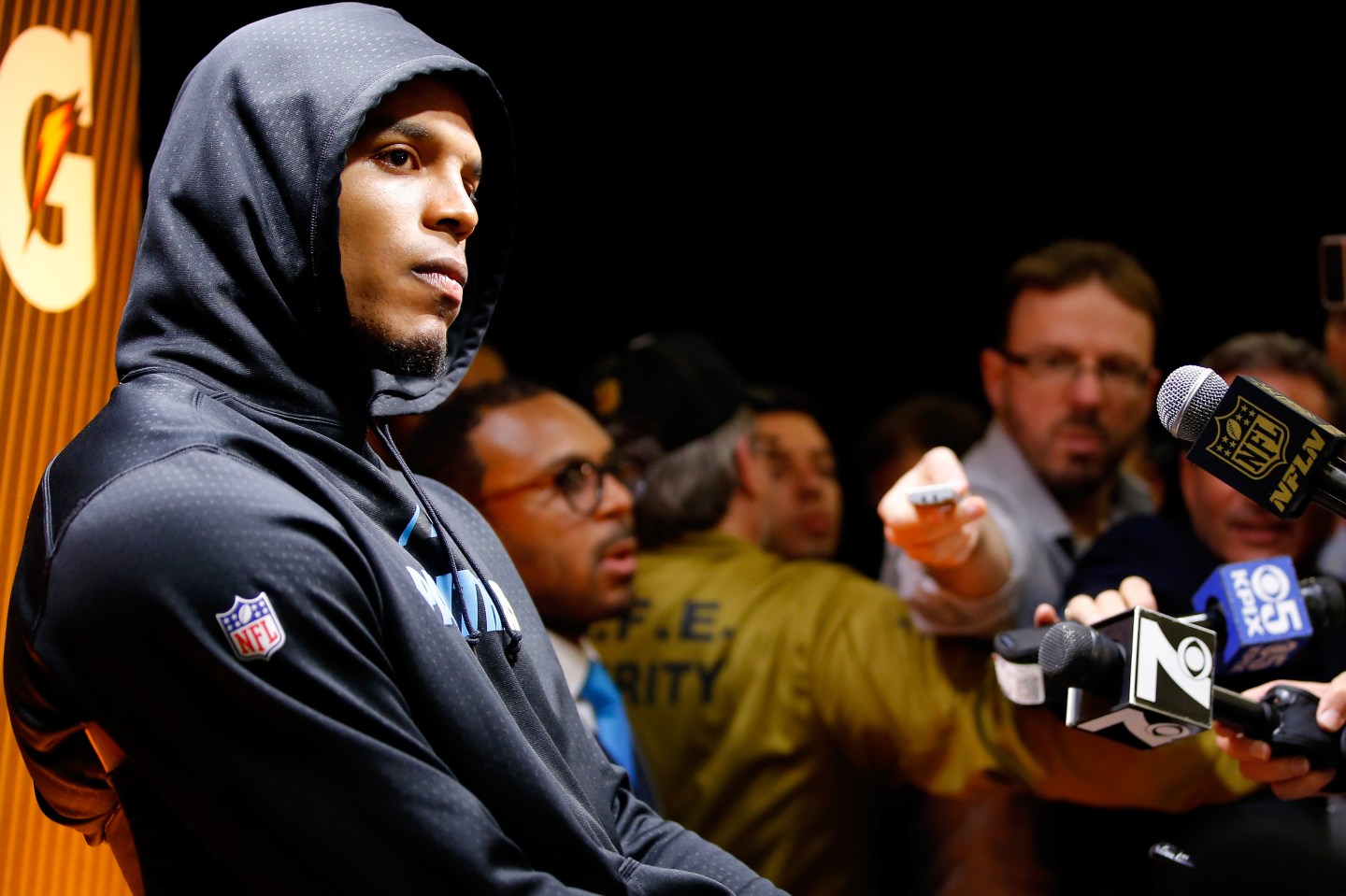 Cam Newton slumped before the throng of reporters minutes after his Carolina Panthers loss to the Denver Broncos in Super Bowl 50. The 26-year-old answered with grunts and shrugs the traditional barrage of questions any big-game loser might expect. To even the most objective eyes, it was an immature media performance you’d be hard pressed to describe without using the word “pout.”

The spectacle provided the prototypical millennial press conference—a pageant for the childish, the arrogant, the thin-skinned, the narcissistic and the entitled. Such adjectives are becoming inseparable from “millennial,” those born between 1980 and 2000.

Rarely uttered in any positive context, the m word is now a derogatory term—a sneering monicker dismissing an entire age group. I would challenge anyone reading these words to think of a time in the last six months when he or she heard “millennial” connoting positive qualities that didn’t involve a patronizing consumer money grab. I’ll wait.

Such prejudicial expressions are as old as language itself, nurtured in a culture of fear to point at differences between racial, ethnic, sexual, religious or generational groups. My birthdate parachuted me into the outer limits of Generation X—a generation known for its anger and cynicism following the empty pop consumerism of the 80s. Yet even while thrashing its unwashed hair to Grunge, wrapped in flannel reeking of coffee and nihilism, Generation X never drew the kind of derision reserved for millennials.

What do we know about millennials? One 2010 Pew Research Center study pinned the familiar charge of “apathy” to the generation, revealing a disconnect between youth, politics and economics—14% knew the Speaker of the House; 7% knew the national rate of inflation. A 2013 workplace survey from the Bentley University Center for Women and Business found those born since 1980 tend to be more entrepreneurial and less corporate friendly. They’re also more concerned with their “work/life balance” than promotion or overall financial gain.

Millennials are the largest generational group in the country and could play a key role in deciding the 2016 election. And while political consultants wrestle to pin down youthful trends, corporate America seems a few pieces short of finishing the puzzle of millennial consumers, who spend about $600 billion in the U.S. each year. Marketing teams toil in a desperate quest to figure out what these fresh-faced, terse-lipped consumers like, struggling to appeal to a group of people many of them don’t understand.

Millennials aren’t the first generation to be criticized by their elders. The so-called Greatest Generation won the war and produced Baby Boomers, who seemed undisciplined and irresponsible with their rock n’ roll and their Hula Hoops and their Woodstock. For decades, those kids seemed too wild. Their unpredictable and emotional behavior might have threatened the future of the society their parents and grandparents fought to build.

Yet the current cultural rejection of millennials seems historically unique, founded more on annoyance and impatience than on apprehension. Millennials are too self-obsessed and comfort-addicted to frighten anyone. They are not wild or unpredictable. They are ineffectual and boring. Older peers might wish they would adopt some radical idea or embrace some controversial belief just to show some fire and contribute something of value.

There are scores of 20 and 30-somethings already operating as entrepreneurs and innovators—using the trademarked energy and curiosity of youth to shape the world. There are countless more forging the foundations of successful adult careers. However, their elders often immediately disqualify those achievers from millennial status—reserving the term exclusively for the age group’s malcontents and guaranteeing the generational identity remains negative. The painful truth is we elders forged the keepers of that identity. We raised them and failed them. Now, we are so busy locking them up behind a hopelessly negative stereotype to consider how we might be able to lead them toward the sort of character we couldn’t so easily disrespect.