The Crazy Cool Electric Supercars of the Geneva Motor Show 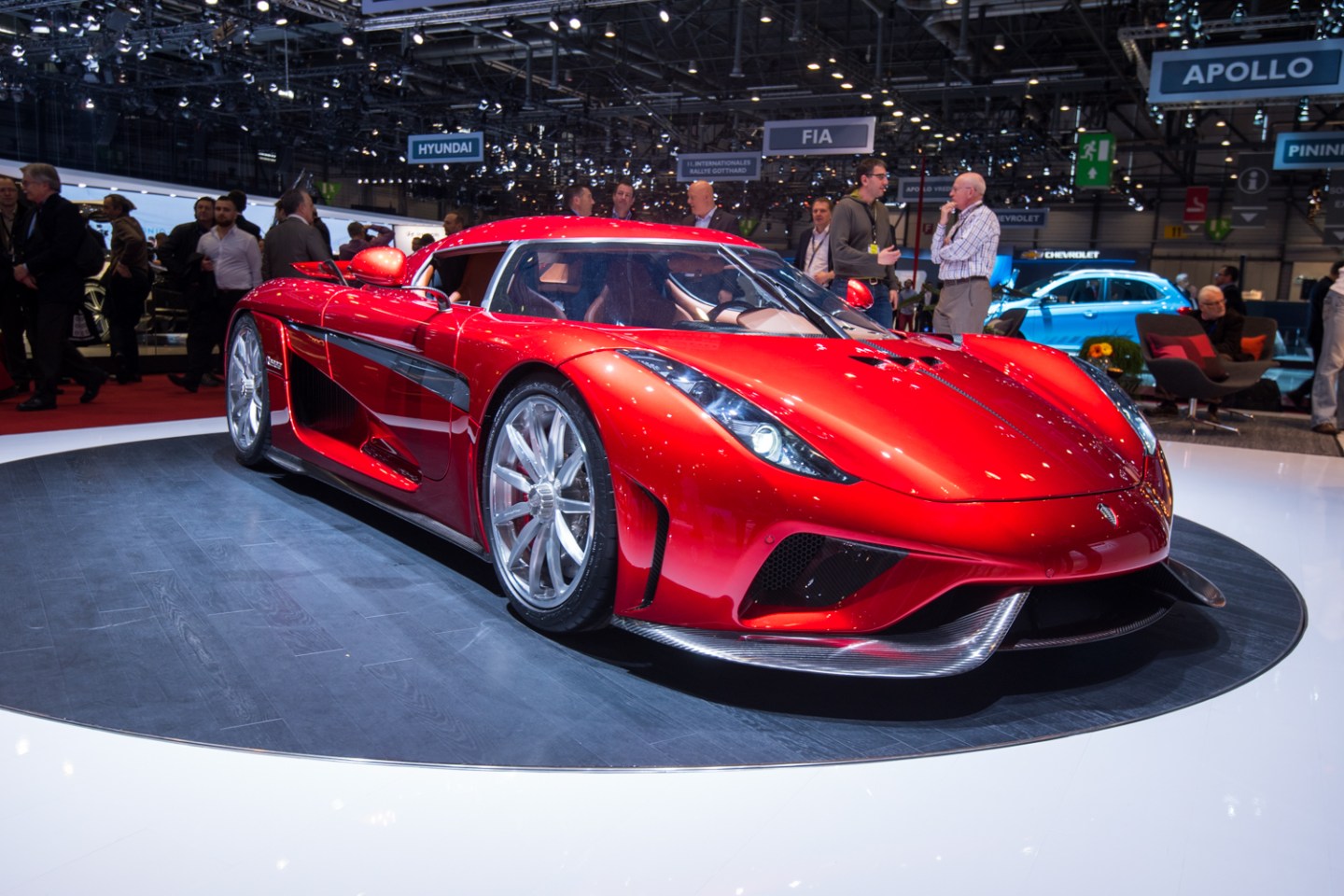 Electric and plug-in hybrids didn’t have a big presence at this year’s Geneva Motor Show. Gas-guzzling luxe supercars like the $2.6 million 2017 Bugatti Chiron, a 1,500-horsepower sports car painstakingly engineered and crafted by hand, were more of the standard fare at this boutique auto show.

But tucked between gasoline-powered supercars were a few plug-in hybrids and all-electric vehicles in the mix demonstrating that clean energy has a place in the world of exotic specialty cars. Here are a few of the more intriguing hybrid and electric vehicle concepts as well as production models at the Geneva Motor Show 2016.

Rimac Concept One and its Evil Twin

The Croatian supercar and battery engineering company revealed two mega-powerful, all-wheel drive electric hypercars at the Geneva Motor Show. The Concept One has been in development for a number of years and has been shown before. But this is the first time a production-ready version has been showcased. The Concept One is equipped with a powertrain consisting of four electric motors (one for each wheel) and can reach a top speed of about 220 miles per hour.

The Concept S, which the company has dubbed its evil twin, is a lighter, more powerful variant of the other model.

This old-meets-new sports car will be the first all-electric production car built by the company. The retro-looking car is a zero-emissions spinoff from its gas-powered 3-Wheeler. The 1,100-pound car, which will go into production during the fourth quarter of 2016, has a range of 150 miles when it’s in “eco mode.” That range drops down to 50 miles if the driver is in sport mode. Morgan said the EV3 pricing will be similar to its gasoline-power 3-Wheeler, which starts at around $40,000.

In January, Morgan Motor Co. was awarded ($8.5 million) by the British government to develop new powertrain technologies in collaboration with U.K.-based companies Delta Motorsport and Potenza Technology. This particular EV3 is tied to this project. The consortium aims to develop hybrid and electric powertrain systems in order to reduce vehicle CO2 emissions and deliver best-in-class fuel economy.

In short, we may see more from Morgan in the future.

The boutique Swedish company lifted the veil on a production version of the Regera, a super-fast hybrid sportscar with a 5-liter V8 twin-turbo engine operating in conjunction with three motors to generate extra oomph. That translates into a car that can go from zero to 185 miles per hour in approximately 11 seconds.

The media inevitably compared the Regera to Bugatti’s gasoline 1,500-horsepower Chiron. That doesn’t mean prospective buyers will choose between the Chiron and the Regera. As Koenigsegg noted in a blog post, “The reality is that there are few customers who have to make a choice between a Regera and a Chiron. Most who can afford one, can afford both.”

The supercar has an EV plug-in feature too, which means the battery can be charged either by the combustion engine or through the charging port. One of the more novel features is what the company described as “battery drain mode.” When there’s roughly 31 miles left to the next charging point, a preset geo-location or a push notification on the in-car touchscreen will trigger the feature, which calculates driving behavior to make sure the battery is fully drained upon arrival and is ready for a full charge.

Only 80 of these super-fast hybrid cars are being made to the tune of about $2 million each.

Italian design and engineering company Pininfarina introduced a hydrogen-powered racecar concept dubbed the H2 Sport, targeted to those who want their high-performance speedsters to be powered by clean energy. The hydrogen tech comes from a Franco-Swiss company GreenGT, which has been designing and developing clean energy propulsion systems since 2008.

The racing concept, which can reach 62 miles an hour in 3.4 seconds and a top speed of 186 mph, has two electric motors with a maximum power of 503 horsepower.

Škoda, the VW Group brand from the Czech Republic, introduced a plug-in hybrid called the VisionS, sporting room for six passengers across three rows of seats. A production model that has some of the same design features of this SUV concept will arrive in the European market this fall.

The VisionS, which has an internal combustion engine and two electric motors, can drive up to 31 miles in electric mode and travel up to 621 miles with both systems combined.

OK, so the Ioniq isn’t a super sexy sports car. But it is notable because Hyundai is making three Ioniq models: a hybrid, plug-in hybrid, and all-electric. This is Hyundai’s answer to the Toyota Prius.

The all-electric version, which will start at around $42,000, will have a range of about 155 miles. The plug-in hybrid will be able to travel about 30 miles on electric power before switching over to the gas engine.