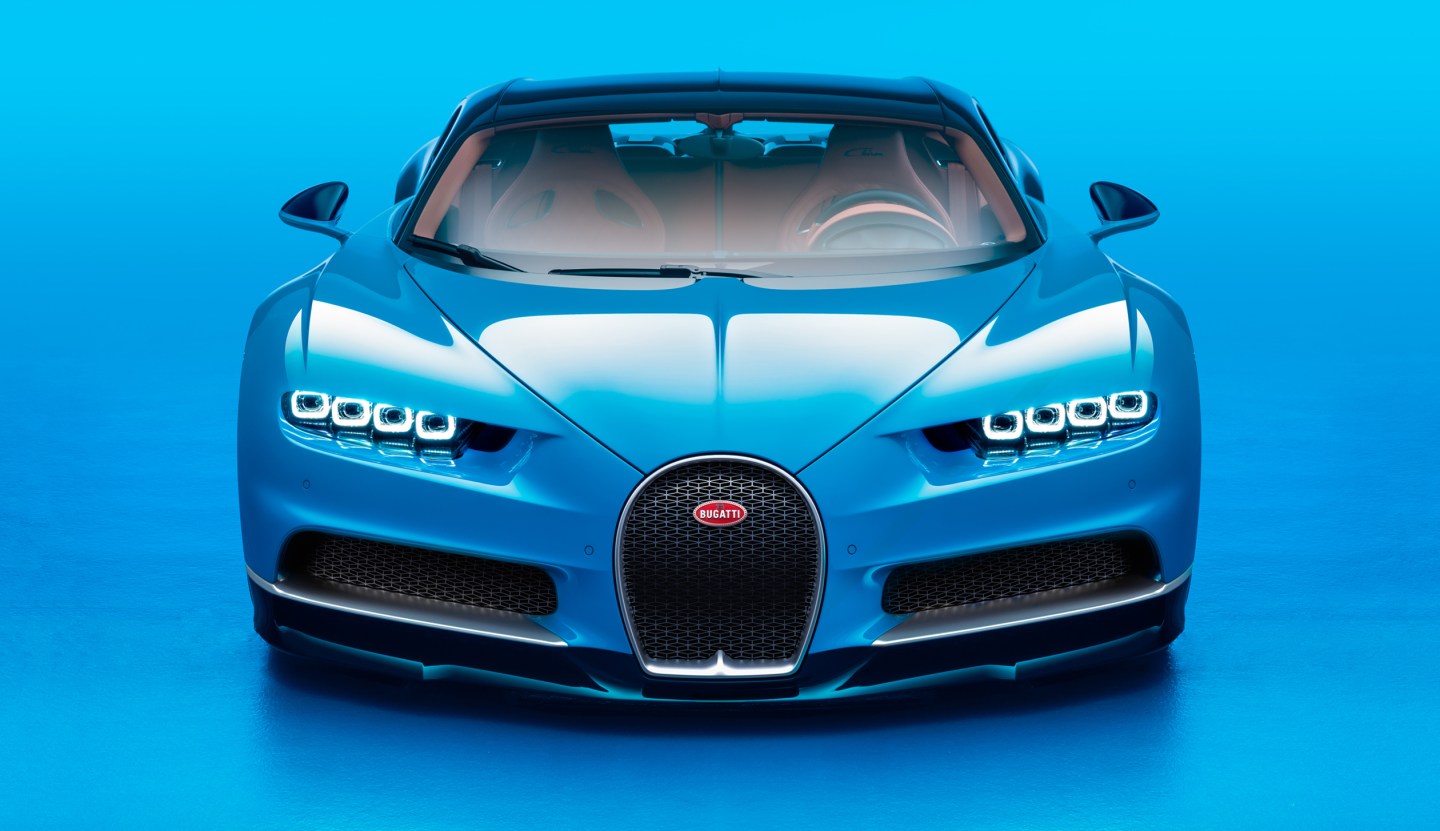 Pinnacle luxury collectibles are not easy to craft, so when a new one surfaces, it is news indeed. Such is the case with the 2017 Bugatti Chiron, a 1,500-horsepower sports car painstakingly engineered and crafted by hand. Like the Veyron it replaces, the Chiron will be a limited-production vehicle destined for billionaires. The base price is 2.4 million euros ($2.6 million), the minimum wait time is 18 months, and so far only buyers who already own a Bugatti Veyron (or two) have been allowed to see a full-scale model.

Fortune got an up-close look in February. Just as a prospective customer might, I visited the Bugatti estate in Molsheim, France, where founder Ettore Bugatti once greeted customers. After a full day of brand immersion, buyers have a lavish dinner with company executives, designers, and engineers.

I was ushered into the newly renovated Remise Sud, a regal building that houses a library and customer lounge adorned with bespoke Bugatti furniture. (Ettore’s father, Carlo, was an artist and furniture maker.) This is where purchasers meet with designers to choose the colors, trim, and custom options.

Bugatti chairman Wolfgang Dürheimer greeted the handful of international press gathered, and then design director Achim Anscheidt spoke about the form and proportions of the Bugatti.

Next we headed to the newest building on-site, the Atelier, a gloriously light-filled assembly area where Bugattis are finished. There before us sat the Chiron, low, wide, and utterly stunning. From its fluid form, extreme creases, and rich blue paint to its horseshoe-shaped aluminum grille, the high levels of craftsmanship were obvious.

At the front, flanking the grille, were eight eyes—four square LED headlights on each side. The side profile was dominated by a strong backward “C” swoosh—a line created to optimize aerodynamics and cooling. The rear view was my favorite, with a razor-thin horizontal -taillight that incorporates brake lights, turn indicators, fog lamps, and reverse lights all in one. Above that glowing band were two split rear windows—every bit a historical cue from important vintage Bugattis, and yet also entirely modern.

The Chiron is lavishly appointed with supple leathers, brushed aluminum…Courtesy of Bugatti

The chief engineers gathered around us, and proceeded to describe, component by component, the Chiron’s system, for which Bugatti has filed some 50 patents.

The 1,500-horsepower W-16 engine has two banks with eight cylinders each and four turbochargers. Engine parts that were aluminum in the Veyron are carbon fiber, further reducing weight, as does the new titanium muffler and exhaust system.

That setup yields a mind-bending 1,180 pound-feet of torque, all available from 2,000 rpm. The zero to 60 is about 2.2 seconds in the all-wheel-drive Chiron. Top speed on the street is limited to 261 mph. Bugatti wants to better the current production-car record of 271 mph on the racetrack, set in a Hennessey Venom GT, its chief rival in speed.

…and next-gen technologies.Courtesy of Bugatti

Other innovations: a proprietary lithium iron phosphate battery that cuts the weight of a traditional car battery by half. High-resolution displays have crisp graphics. The sound system has four high-performance tweeters, each with a one-carat diamond diaphragm. The harder the diaphragm’s material, the better the sound. So Bugatti’s may be as good as it gets. And there’s a three-dimensional Bugatti badge on the front, made of sterling silver—“the only thing we wanted to feel heavy on the car,” said Dürheimer.

So far, Bugatti has presold 160 Chirons.

Who are the buyers? The ultrarich, of course, and, increasingly, younger customers from Silicon Valley, the Middle East, and Russia. Dürheimer explained, “When you have a billion dollars at 25 years old, you have lots of other cars. By the time you are 35, you’ve had them all and are ready for a Bugatti.”