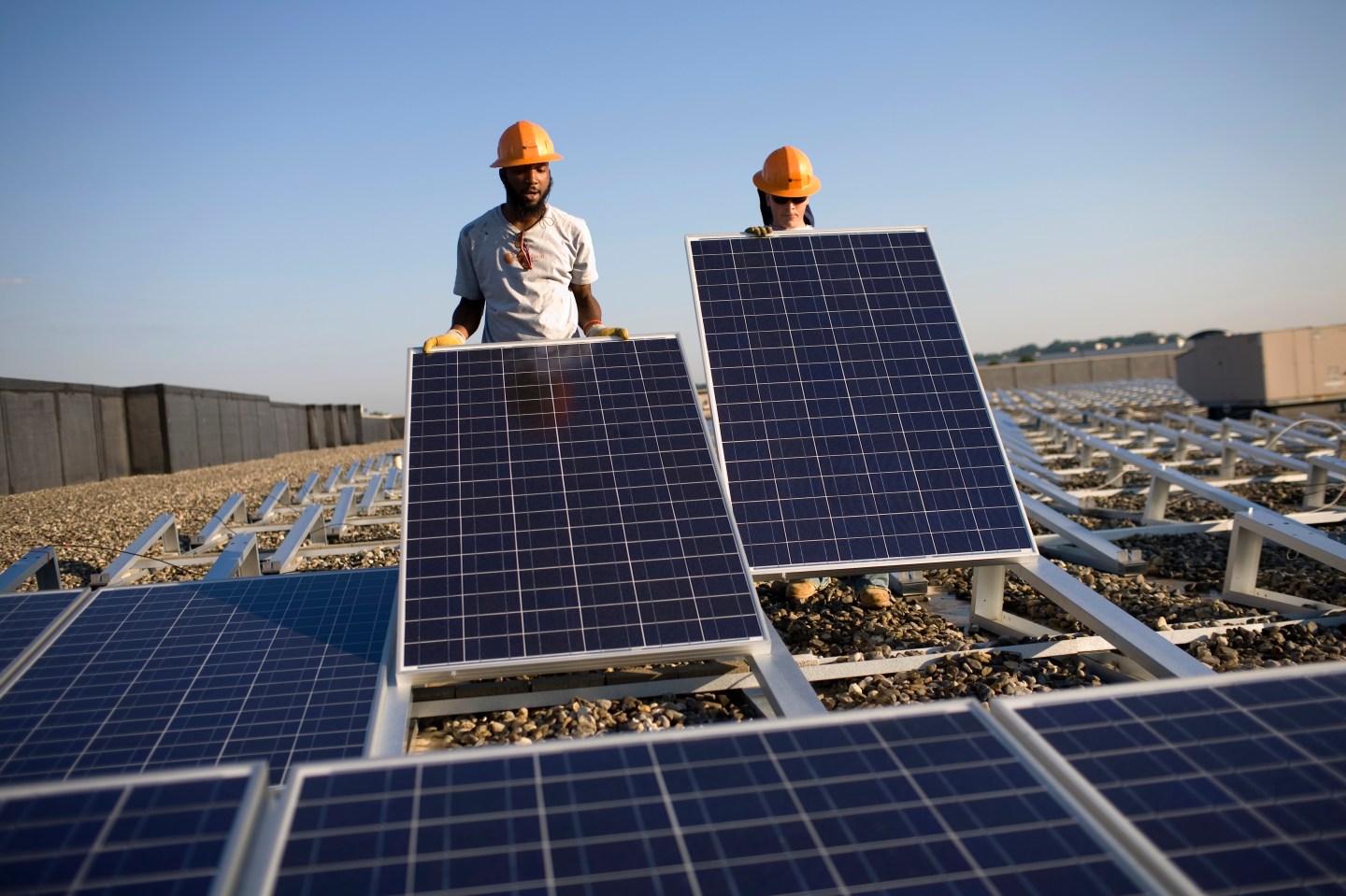 SunEdison’s financial problems are mounting. Two days after SunEdison disclosed that it won’t release its earnings on time due to an internal investigation, the Wall Street Journal reports that banks that had agreed to provide loans for SunEdison’s $1.9 billion acquisition of solar installer Vivint Solar could now potentially walk away from the deal.

The report says that Goldman Sachs, Barclays, Citigroup, and UBS Group “have balked at providing loans” to SunEdison, citing “people familiar with the matter.” The banks say the delay in the financial information undercuts their prior loan agreement.

In addition to the report, SunEdison (SUNE) announced on Wednesday that it is suspending its quarterly dividend on preferred stock.

SunEdison’s stock dropped more than 15% late Wednesday following the news. The company’s stock had dropped over 22% on Tuesday after it disclosed that it was delaying its financials.

SunEdison said in a filing late Monday that the internal investigation was taken up following allegations made by former executives about the accuracy of SunEdison’s financial position, and in particular its “liquidity.”

SunEdison says so far it hasn’t found any wrongdoing, but that the investigation is still underway. SunEdison had been expected to announce its earnings on Wednesday.

If SunEdison and Vivint Solar don’t close the acquisition deal by March 18, either party could walk.

Earlier this week, hedge fund manager David Tepper said that he would continue a lawsuit against SunEdison. A judge declared last week that he couldn’t block the deal.

Tepper is suing to try to stop the Vivint Solar acquisition, with the argument that the deal harms shareholders of TerraForm Power, SunEdison’s subsidiary created to own clean energy projects. Tepper’s firm owns substantial shares of TerraForm Power.

But Wall Street saw the spending spree—in particular its deal to buy solar installer Vivint Solar—as hubris. Following news of the Vivint deal last summer, its shares started to sink. Now it is both backing away from deals, and struggling to stay afloat financially. Analysts wonder if the company is teetering on the brink of bankruptcy.