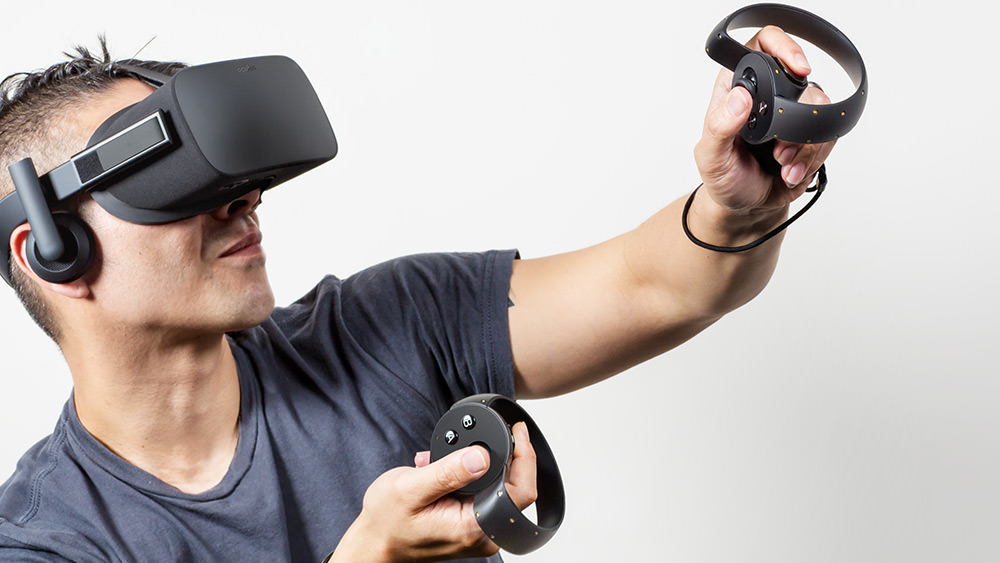 In 2014, Facebook shelled out $2 billion to acquire Oculus, then a two-year-old startup with a few million in the bank from a crowdfunding campaign and venture capitalists, and big dreams of changing the world through virtual reality.

The two companies seem to have a great synergy since the acquisition—Oculus’s long-awaited headset will finally arrive in April and Facebook (FB) CEO Mark Zuckerberg spoke about virtual reality’s promise at this year’s Mobile World Congress in Barcelona. Now, Oculus co-founder Palmer Luckey has outlined how he sees the relationship between VR and Facebook.

“The thing to remember is, Facebook the social networking tool as it exists today is not necessarily the future of VR,” Luckey said earlier this week at Microsoft’s (MSFT) Spring Xbox Showcase in San Francisco, according to the The Guardian.

More specifically, Luckey pointed out the distinction between connecting with others in real-time versus sending, posting, viewing, and receiving content and messages in disconnected sequences.

“Hanging around the virtual campfire isn’t what people do on Facebook today. Facebook is largely an asynchronous too—even the company’s realtime Messenger and WhatsApp tools are still asynchronous in that generally people have to wait for replies. It’s the same thing with the news feed where you’re seeing hundreds of photos and status updates over a short period of time. That’s very different from virtual reality where you will be in an environment together synchronously,” he said.

Luckey also brought up the difference between 360-degree videos, which use specially filmed footage to present a more immersive portrayal of a place via more angles, and true virtual reality. While the former offers a more in-depth experience than static photos or normal video, the latter is how users can interact with a computer-generated environment and communicate with others in real-time.

And while Facebook is already enabling 360-degree videos to be posted and watched on its service, that still doesn’t mean the service as we know it will where people engage with true virtual reality, according to Luckey.

“Virtual reality will be social, but it’ll be on totally new platforms built from the ground up that really push VR, not necessarily applications we have today,” he said. In theory, there’s nothing precluding Facebook from developing such new platforms, but if Luckey is correct, it won’t be the classic social network the world has been using for over a decade.

Oculus is of course not alone in the VR game. The Samsung Gear VR headset debuted last year and HTC and Sony’s PlayStation are due to release their own headsets later this year.