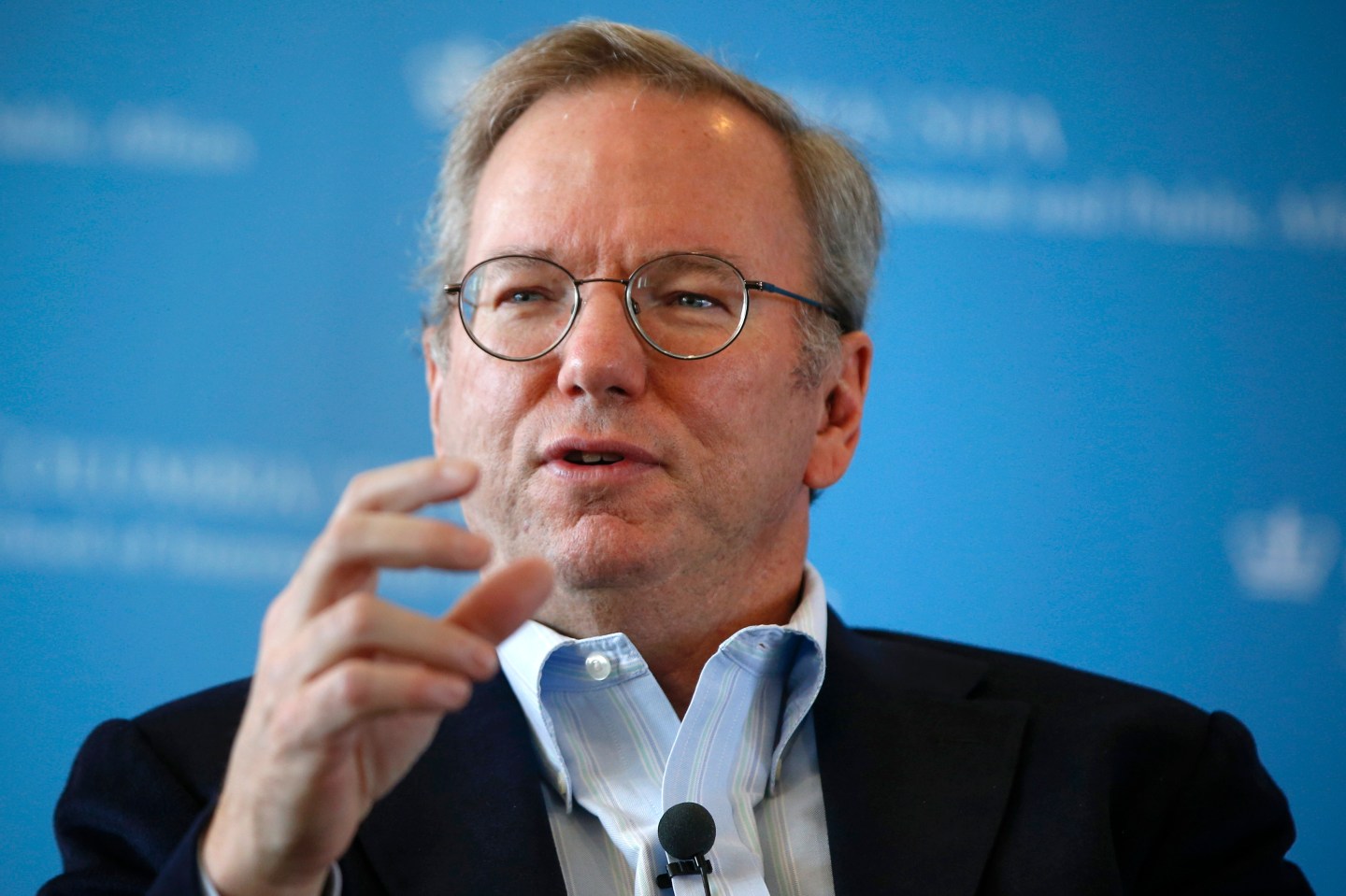 Alphabet executive chairman Eric Schmidt is adding another gig to his resume.

Schmidt will lead the Defense Innovation Advisory Board to help the U.S. Defense Department more quickly implement innovative new technologies, the government agency announced on Wednesday. He will be joined by up to a dozen people “who have successfully led large private and public organizations, and excelled at identifying and adopting new technology concepts,” the Defense Department said in a statement.

“The board’s mandate is to provide department leaders independent advice on innovative and adaptive means to address future organizational and cultural challenges, including the use of technology alternatives, streamlined project management processes and approaches—all with the goal of identifying quick solutions to DoD problems,” the agency said.

Schmidt, one of the most successful Silicon Valley billionaires, has been long been one of the leading voices in the technology industry. The 60-year-old helped lead Google (GOOG), now a subsidiary of Alphabet, as the company’s chief executive from 2001 to 2011, when he was tapped to be the company’s executive chairman. He has also served on Apple’s (AAPL) board, and been a trustee at Carnegie Mellon University and Princeton University.

On the political side, Schmidt has been instrumental in aiding President Obama with his technology efforts, and was reportedly considered to be the government’s Chief Technology Officer and Commerce Secretary. He currently serves on the U.S. President’s Council of Advisors on Science and Technology.

Schmidt has also been one of the industry’s leading thinkers on ways to fix the Internet and other facets of the industry. In December, he penned an op-ed in The New York Times declaring how he believed technology and government could work together to stop oppression and censorship on the Internet. He specifically pointed to a partnership between the private and public sector in combating the technologically sophisticated Islamic State.

“Without this type of leadership from government, from citizens, from tech companies, the Internet could become a vehicle for further disaggregation of poorly built societies, and the empowerment of the wrong people, and the wrong voices,” he wrote at the time.

Schmidt’s new role at the Defense Department will help him work alongside government. The Defense Department specifically said that the board will help the government agency achieve its missions more quickly through “rapid prototyping, iterative product development, complex data analysis in business decision making, the use of mobile and cloud applications, and organizational information sharing.”

The board will not, however, have knowledge or “engage in discussion” related to military operations or strategy.

Schmidt and Secretary of Defense Ash Carter will collectively choose the members who will serve on the newly formed board. The Defense Department has promised that the members will “represent a cross-section of America’s most innovative industries, drawing on technical and management expertise from Silicon Valley and beyond.”

Alphabet did not immediately respond to a request for comment on Schmidt’s appointment.