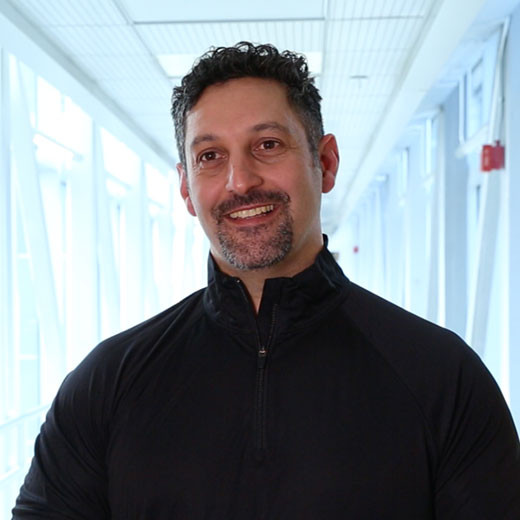 At last year’s RSA Conference, the world’s biggest cybersecurity confab, Amit Yoran gave a bold keynote address—his first as president of RSA (the company, not the conference). Fortune caught up with the business leader recently to hear a preview of his talk when he takes the stage Tuesday.

“Last year we made a pretty shocking statement about the security industry—that it’s fundamentally broken at its core,” Yoran said, reprising the earlier speech. “Here we are a year later and it has quickly become conventional wisdom.”

Yoran said he is unconvinced that fancy new tools will solve the pervasive data breach threats that organizations of all stripes face today. “There are no silver bullets in security,” he told Fortune, mentioning a few examples he considers promising, including artificial intelligence, behavioral science, and data analytics.

Still Yoran said he believes there is no cure-all—no one method or product that can definitively keep hackers at bay. “We can’t just apply some bling and hope that revolutionary technology will come save us,” he said.

“If you look at Google’s recent success in the game Go, this was a very large complex problem with a very specifically defined set of rules,” he said, referencing DeepMind, a London-based artificial intelligence firm owned by Alphabet’s Google (GOOG), whose algorithmic creation recently triumphed over the reigning European Go champion. “In security, you’re playing against an aggressive adversary who is continually changing the rules.”

Read more: At RSA Conference ‘Cyber’ Is Hot, ‘Crypto’ Is Not

At the helm of the firm, Yoran has been relentless about revamping the 34-year-old business, de-emphasizing product lines that aren’t perceived as growth areas (cryptography and data loss prevention, for example) while investing in others (such as network monitoring and defense), as Fortune has previously reported. On the recent call, he did not have anything substantial to add about Dell’s impending takeover of EMC.

At the conference’s close on Friday, Yoran is slated to participate in another keynote session featuring actor Sean Penn. (Penn recently dove headfirst into the world of cybersecurity in order to remain operationally secure while reporting a feature on the Mexican druglord Joaquín Archivaldo Guzmán, widely known as “El Chapo,” for Rolling Stone magazine.)

For his opening keynote on Tuesday, however, Yoran will stick to his assessment of the industry: “No one preventative measure is going to save us,” he said.

Get to know Yoran through a quick Fortune Q&A:

How many RSA Conferences have you attended?

I have been to at least 15 RSA Conferences.

What is your favorite part of RSA Conference, and why?

The best part of RSA Conference is seeing colleagues and discussing the latest challenges that plague the industry. You have a chance to talk with some really brilliant people. The open bars aren’t bad either.

Which talk or event this year are you most excited for (not your own)?

Every year I’m actually most excited to walk the show floor to see who the next innovators are; who is charting the future of our industry.

Drink of choice at one of the many open bars?

I can usually be found late night at the W bar drinking a Greyhound (vodka and grapefruit juice).