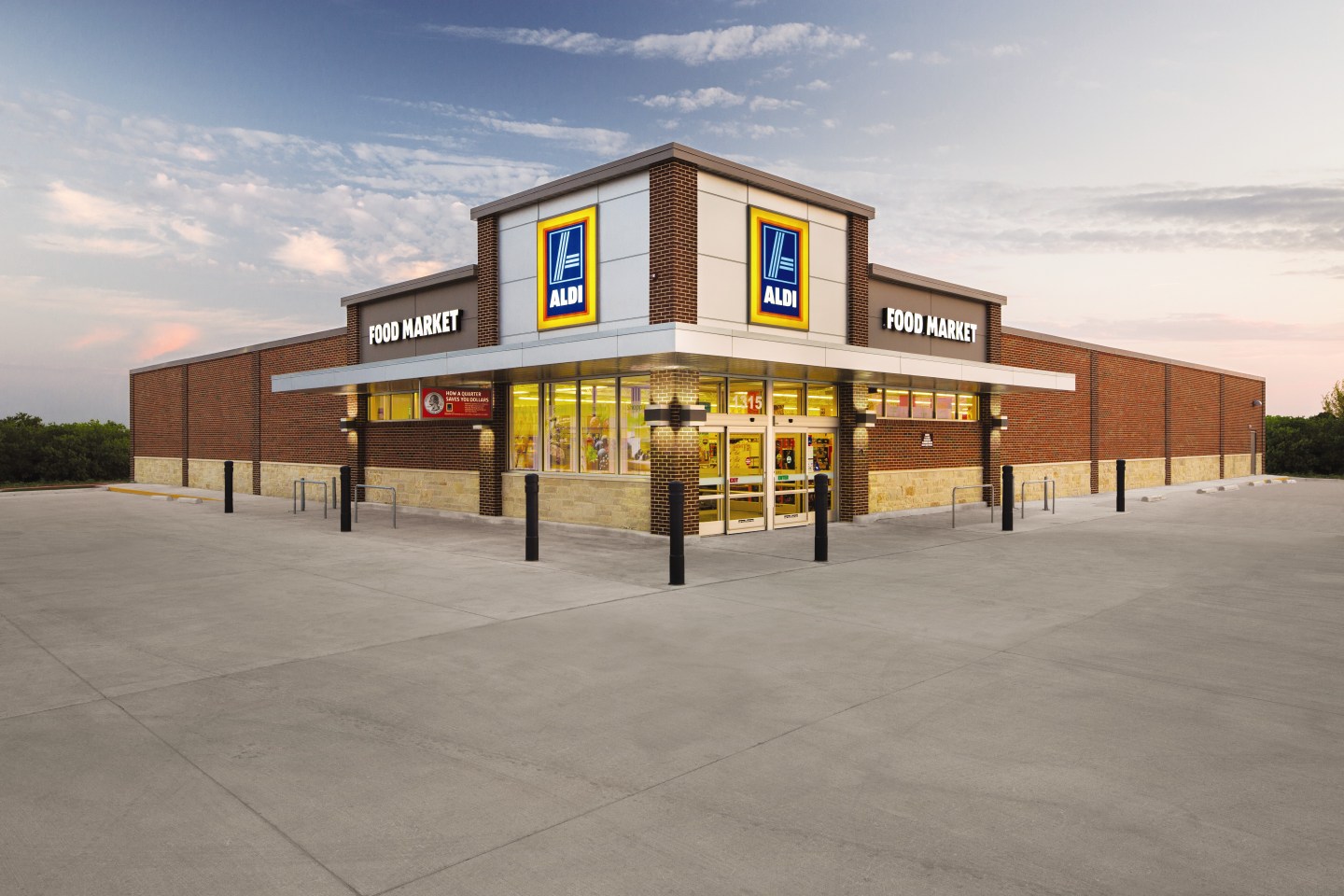 Discount grocer Aldi announced on Tuesday that it has started to accept major credit cards, a move that could challenge Walmart’s (WMT) hold on lower middle-class shoppers.

Aldi, which opened its first U.S. store in 1976, expects to have 2,000 locations in the country in two years. The company, which is run by the same German firm that owns Trader Joe’s, has until now only accepted cash or debit card, balking at the high fees credit card companies demand.

While Aldi is known for having customers bag their own orders to keep costs low and selling inexpensive equivalents of national brands of a wide range of staples, the credit card news is clearly a move toward broadening its customer base. This puts it on a collision course with Walmart, the largest grocer in the United States with some $160 billion in annual sales.

Aldi’s model is based on not inundating customers with choice but offering best-selling items at very low prices. It also contains its costs with tactics such as displaying popular items in their shipping boxes rather than taking them out and stocking products on shelves.

Walmart, under the leadership of U.S. division CEO Greg Foran, has been redoubling its efforts to expand its offering of natural and organic food and has made big strides in making sure its shelves are stocked with fresher food. And the retailer’s grocery-focused Neighborhood Markets continue to spur Walmart’s sales growth. Comparable sales at those stores rose 7% in the last quarter, well above the Walmart U.S. overall clip of 0.6%. The company is also investing heavily in drive-through pick up of online grocery items to compete with Amazon’s (AMZN) growing delivery service.

But additional price pressure from competitors like Aldi comes at a time of heightened competition in the grocery world: Target (TGT) is set to completely overhaul its food assortment this year, and Whole Foods Market (WFM) plans to launch a chain of discount, smaller format stores.

Walmart’s latest tacts may help it win more middle-class customers. But nearly 20% of its customers rely on food stamps to pay their grocery bills. That means there is clear overlap with the fast-growing Aldi.