Apple Isn’t Above the Law, Even If Tim Cook Is Right About Protecting Privacy 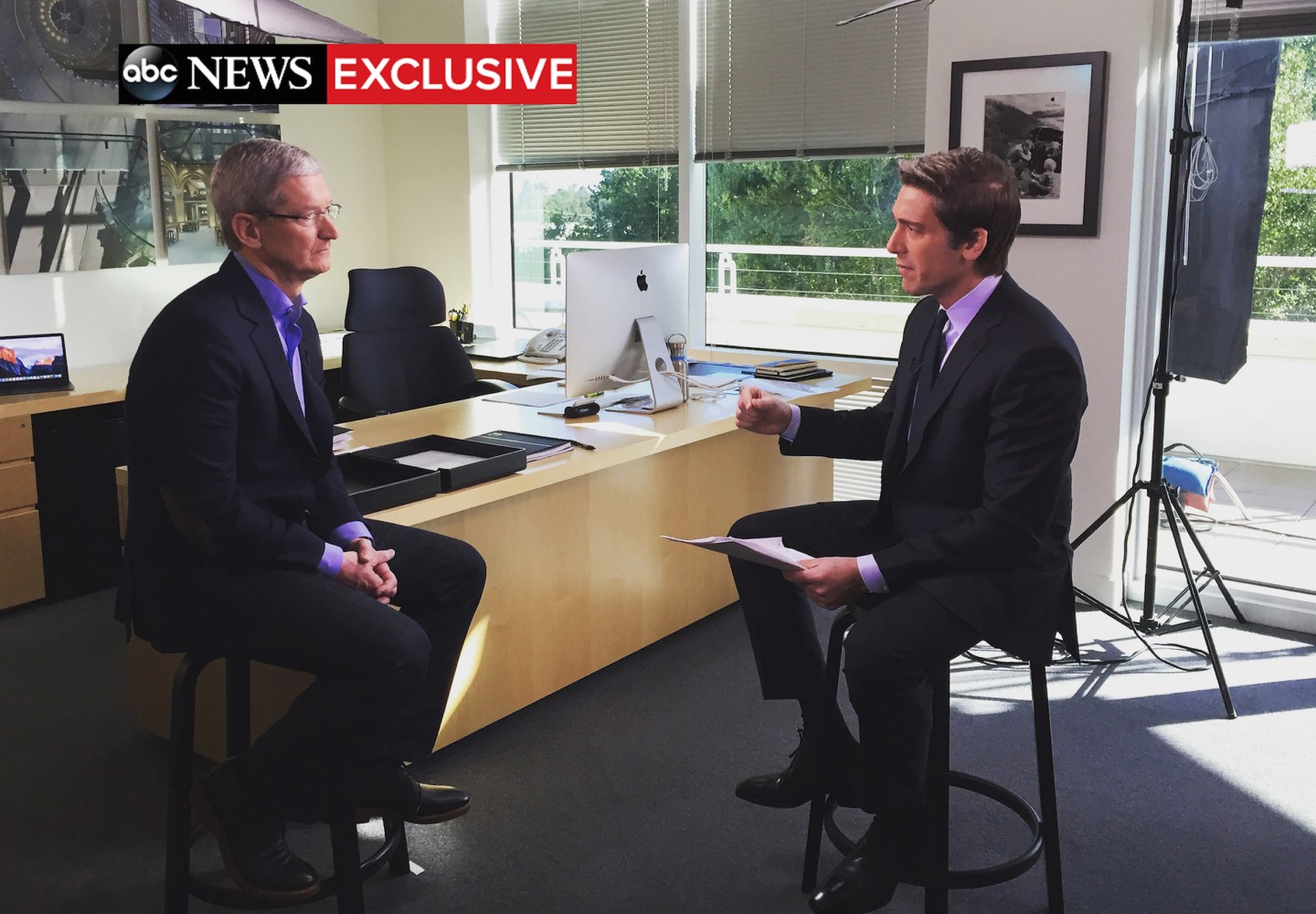 This image made from video and released by ABC News shows Apple CEO Tim Cook, left, during an exclusive interview with anchor David Muir, airing Wednesday, Feb. 24 on "World News Tonight with David Muir," at 6:30 p.m. EST. The extended exclusive interview will be available online at ABCNews.com immediately following the program. (ABC News via AP)
Photograph by ABC News via AP

I was in Washington D.C. Thursday, and though I was far from Capitol Hill, where FBI Director James Comey testified about his agency’s battle with Apple, everywhere I went the subject was topic No. 1.

It’s a strange case, really. The public is against Apple’s decision to oppose a court order that Apple help the nation’s top cops unlock the phone of a deceased murderer and presumed terrorist. Bill Gates, the great philanthropist, is against Apple too. On Apple’s side is most of Silicon Valley, privacy rights advocates, and anyone else who fears that Edward Snowden proved U.S. citizens can’t trust their government.

What I see when I think about and discuss this topic, however, is frustrating nuance. Apple has a point when it argues that unlocking this one outdated phone is a slippery slope. Tellingly, the FBI’s Comey sees gray as well, calling the great encryption debate the “toughest question” he has faced in government. He argues that negotiation and compromise will be necessary for Apple and FBI to reach an agreement.

The argument is nuanced, but that doesn’t mean the conclusion is in doubt—or even who is right. It is great that Apple and Tim Cook are standing on important principle here. But a more important principle is the need to comply when ordered to by law enforcement. The FBI believes it is making a narrow request; Apple sees the long, broad arm of the state acting nefariously.

Apple is entitled to its opinion. But at the end of the day it isn’t above the law. As BloombergView has argued, banks, gun sellers, and telecommunications companies all must assist law enforcement when ordered to do so by courts that are following due process.

It’s only somewhat amusing that Apple is on the side of Silicon Valley in this debate. For years Apple stood apart, aloof even. Google decided it was okay to scan books it doesn’t own. The whole industry believes it is entitled to access to an Internet infrastructure it didn’t build. Now Apple thinks it can comply with the laws it chooses to.

Analyzing the Apple versus FBI debate.