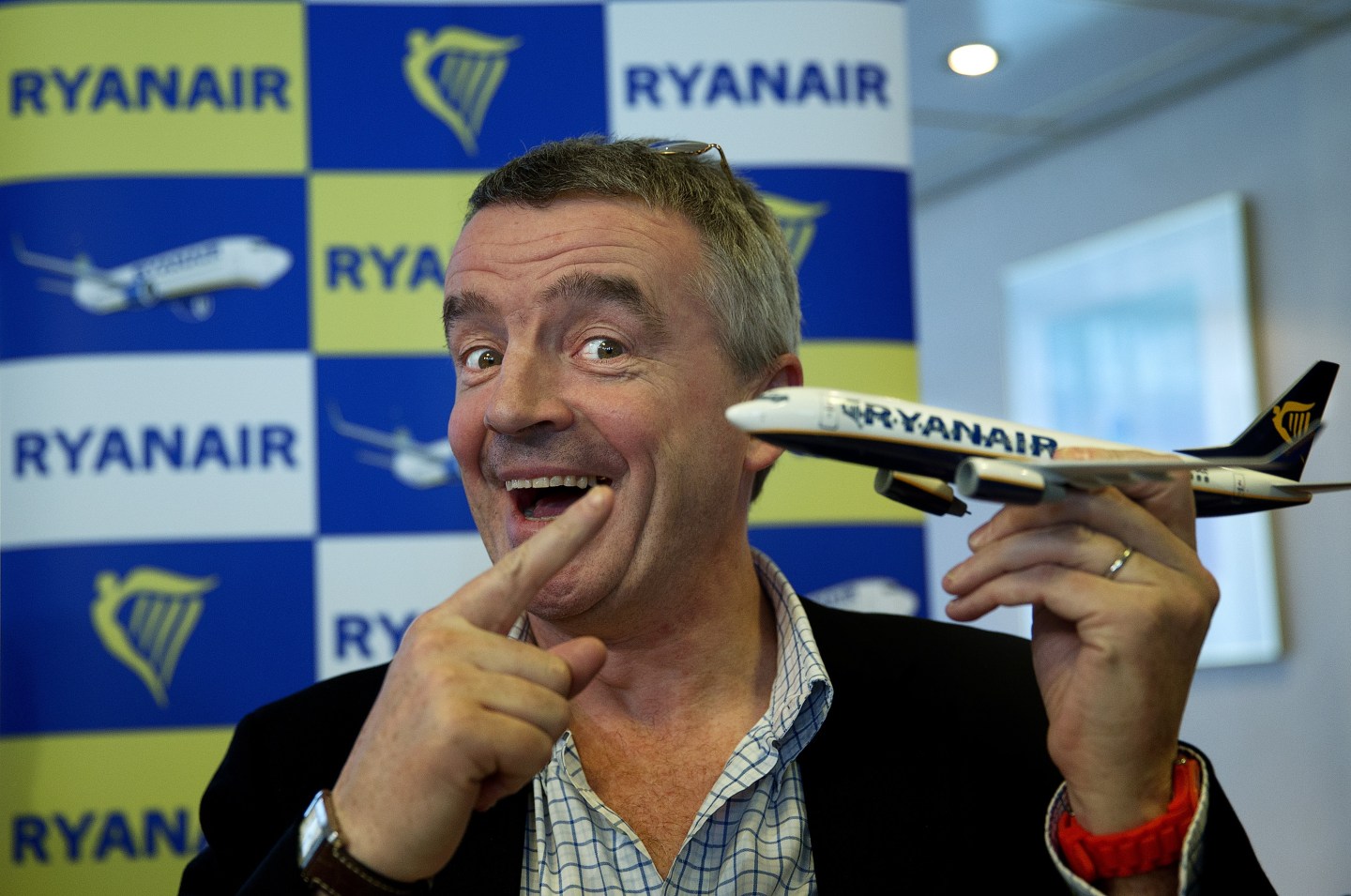 Michael O’Leary, CEO of Ryanair, has built a reputation on his quotability and unapologetic pursuit of cost cutting, which has made the discount airline one of Europe’s most successful. (He’s especially famous for calling a customer an “idiot” when she complained about having to pay to print her boarding passes.) It seems the outspoken executive now has a new topic on which to unleash his unmitigated candor: Brexit.

Prime Minister David Cameron on Saturday set June 23 as the date of the referendum to determine if Britain remains a member of the European Union, and business leaders are starting to disclose their opinions. On Wednesday, O’Leary, an Irishman, said that from now until late June he would “bore everyone to death” with this anti-‘Brexit’ messages; he strongly favors Britain staying in the EU He even plans to communicate his ‘stay’ position by plastering pro-EU slogans on Ryanair planes.

O’Leary’s airline employs 3,000 people in the U.K. and shuttles more than 35 million passengers per year between the U.K. and Europe. London is a major hub for Ryanair with 20% of its passengers expected to depart from airports there this year. But if Britain’s exit from the EU—known as ‘Brexit’—occurs, O’Leary says the airline would “invest faster” in other European countries such as the Czech Republic and Poland.

He said Brexit would not be an “armageddon,” but he did warn that Ryanair flight prices could rise if Britain leaves the bloc. He credited Europe’s deregulation for lowering the cost of air travel, which has created “cheaper holidays for British citizens.” An independent Britain could increase fares since the airline might have to up taxes if the economy sours after an exit. Plus, he said, a standalone U.K. government might foster a bureaucracy that could limit competition and drive up costs.

In advocating for Britain to stay in the EU, O’Leary goes up against leaders such as London Mayor Boris Johnson, who is so far the most notable name to support departing the political bloc. (Cameron wants to stay in.) An op-ed by Johnson on Monday detailing his pro-Brexit position is thought to have helped prompt the British pound’s biggest one-day fall in nearly a year.

O’Leary deemed Johnson and other leaders of the independence campaign “career politicians” who “don’t employ anybody, don’t create jobs and are generally passengers when it comes to the economy.”