There Is a Robot Built to Save You From Telemarketers 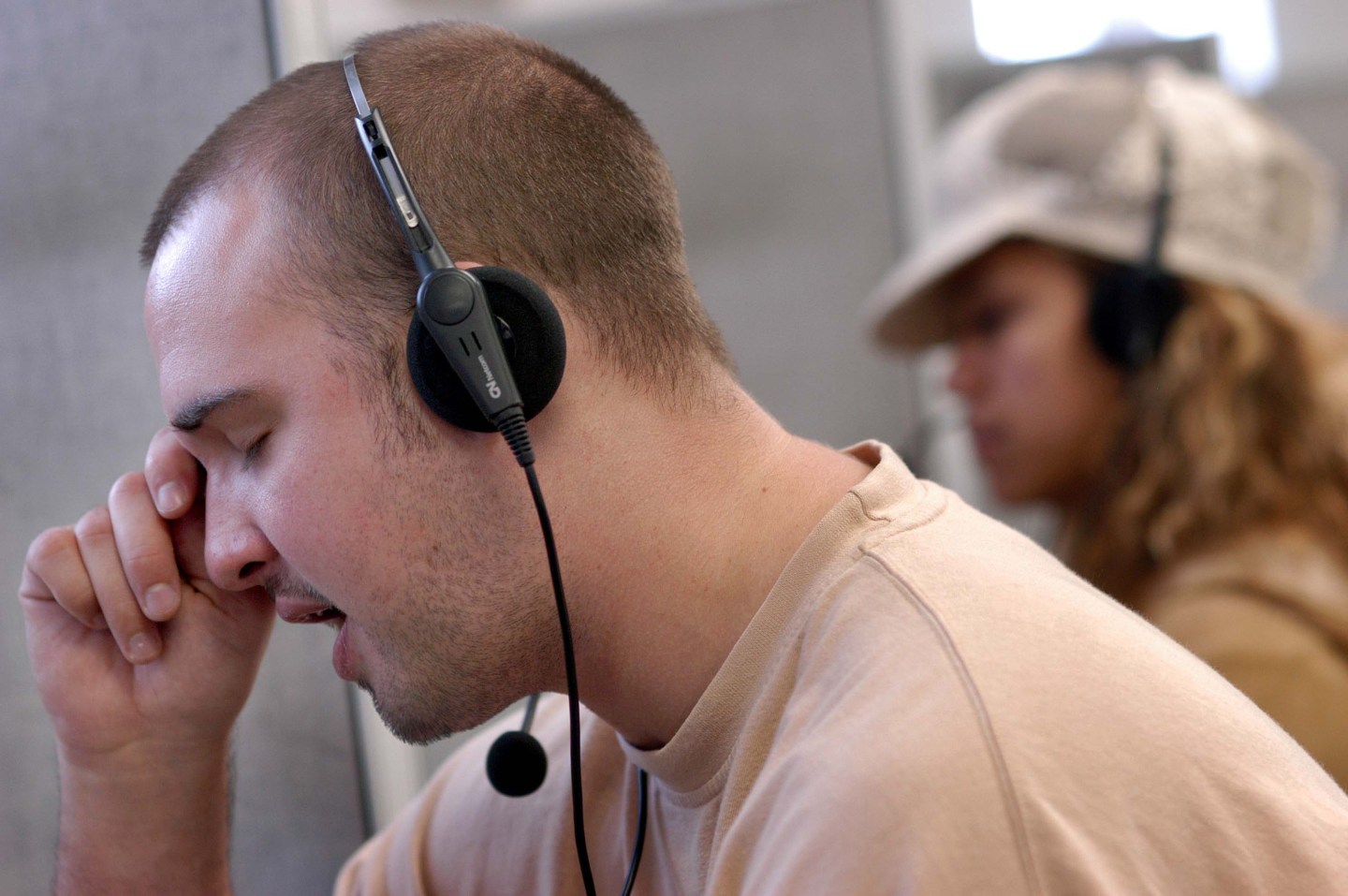 PHILADELPHIA - SEPTEMBER 26: Steve Lazaukas speaks to a customer during the last telemarketing shift at Spectrum Marketing Services, Inc. September 26, 2003 in Philadelphia, Pennsylvania. Spectrum Marketing Services, Inc., which had been in business since 1974, and as of January 2003 employed 125 people, was forced to close it's doors due to the Do Not Call Registry. (Photo by William Thomas Cain/Getty Images)
Photograph by William Thomas Cain—Getty Images

If you find phone calls from telemarketers to be a pain in the rear end, you might try building a robot to answer them for you.

That’s what Roger Anderson, a telecommunications specialist with a love for phones, has done with the Jolly Roger Telephone Company, an automated program that listens to the speech patterns and inflections of the person on the other end of the line and replies with the most random of phrases.

“I just woke up from a nap, I took some medicine and I’m really groggy. Can you go a little slower?” is one response. Sometimes, the robot interrupts the person selling him a product to ask, “Do you drink coffee?”

Jolly Roger is especially talented when it comes to answering telemarketers: When Anderson receives a call from one, he forwards the call to his robot, puts his phone on mute, and records the ensuing conversation, according to The New York Times.

Anderson has also done his bit for humanity by making the robot open for all. You’ll just need to add the number 214-666-4321 to your address book, and the next time a telemarketer calls you, you add a new call from the bot, merge the calls, and put your phone on mute to weed out background noise.

Anderson has even put some of his robot’s chats on YouTube, and for some a listen to the telemarketers’ reactions can be sweet revenge. In one call, the bot suddenly exclaims “Hang on, there’s a bee on my arm!” to a confused caller:

Those who want a more official route to rebuffing telemarketers can put their number in the National Do Not Call Registry. Telemarketers are obligated not to contact those whose names have been on the registry for 31 days.