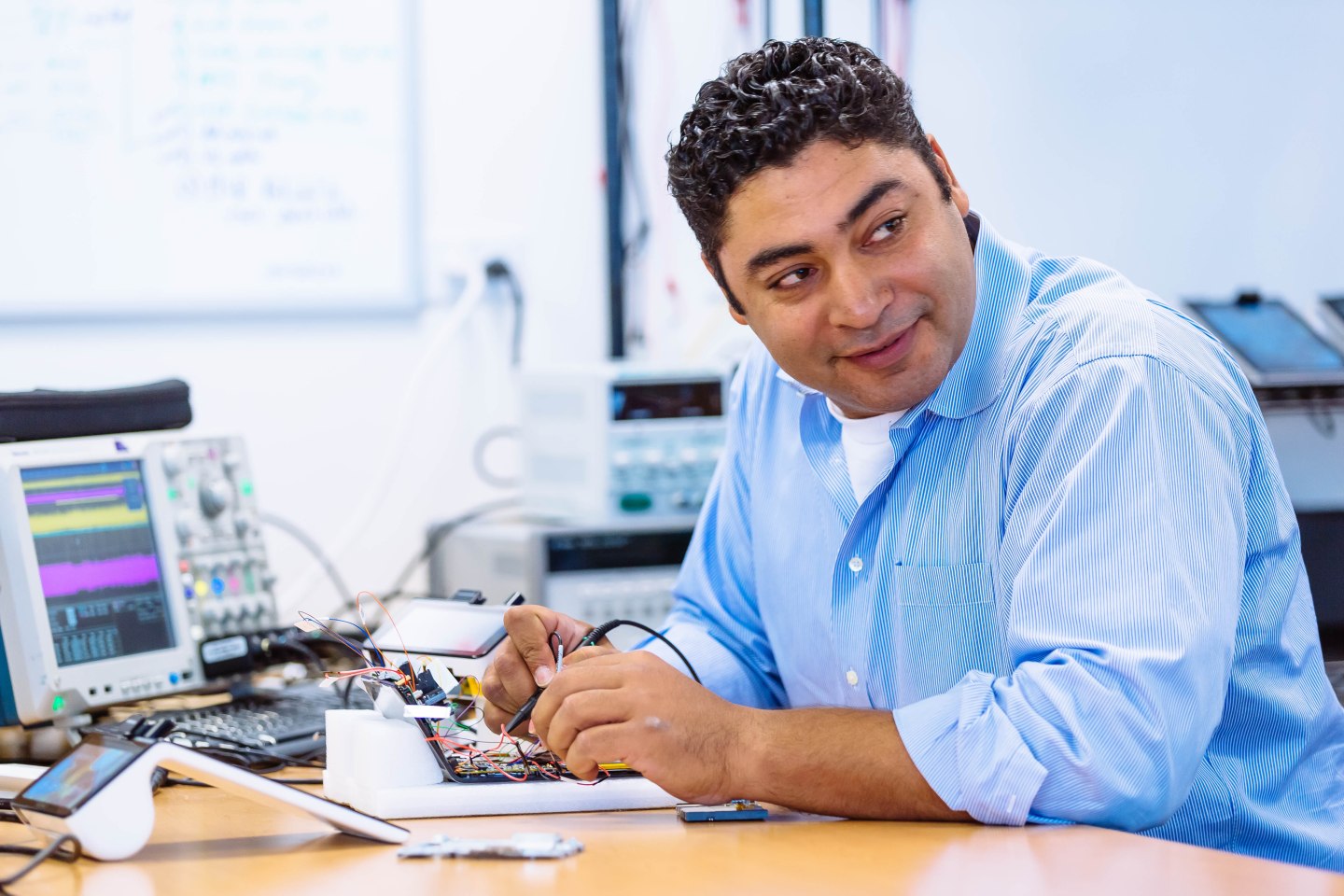 Payments are to the mobile web of 2016 what e-tailers were to the first Internet bubble. If you don’t have a friend, a cousin, or a roommate who is doing a payments startup then you’re not very well connected in Silicon Valley.

By that measure, Osama Bedier is practically the granddaddy of today’s payments world. He explored point-of-sale ideas at AT&T Wireless a lifetime ago, guided a thriving e-commerce business for a PC maker called Gateway that you have to be over a certain age to remember, and became a senior product executive at PayPal (PYPL) in its formative years. He also helped launch Google (GOOG) Wallet, the search, advertising, and mobile software behemoth’s first foray into moving money around in support of commerce on its properties.

Bedier is a big man who curses a lot and is given to grand pronouncements. When he stopped by my office Tuesday he said his goal with his new company, Poynt, is “to bring commerce out of the Dark Ages.” He aims to do that by selling a brand-new, software-enabled point-of-sale device—the hardware that merchants use to accept credit and debit cards. He thinks his device is worlds better than inadequate tools that work on smartphones (the low end) and antiquated machines sold by market leaders Verifone (PAY) and Ingenico (the high end).

The point of Poynt is to sell through what’s known as “acquiring” banks. These include Vantiv (VNTV), Chase (JPM), Bank of America (BAC) and Wells Fargo (WFC). (He has signed up the first two in addition to a large Brazilian bank.) Going through middlemen lowers a startup’s cost. (I asked why Poynt rather than Point, by the way. The latter is taken by a reverse-mortgage scheme that calls itself “the anti-debt approach to homeownership.”)

Bedier has huge plans to attack the market of 18 million “terminals” in the U.S. and 120 million worldwide. Already, he says, Poynt has taken preorders on 500,000 units, an enviable start. The competition will be massive, however, and this at a time that some question the “offline” retail business altogether. (Offline is what the great William Safire called a retronym: Before “online” it was called retail.)

I can’t judge if Poynt will win. Anyone can see there will plenty of losers in online payments—and a very few winners.