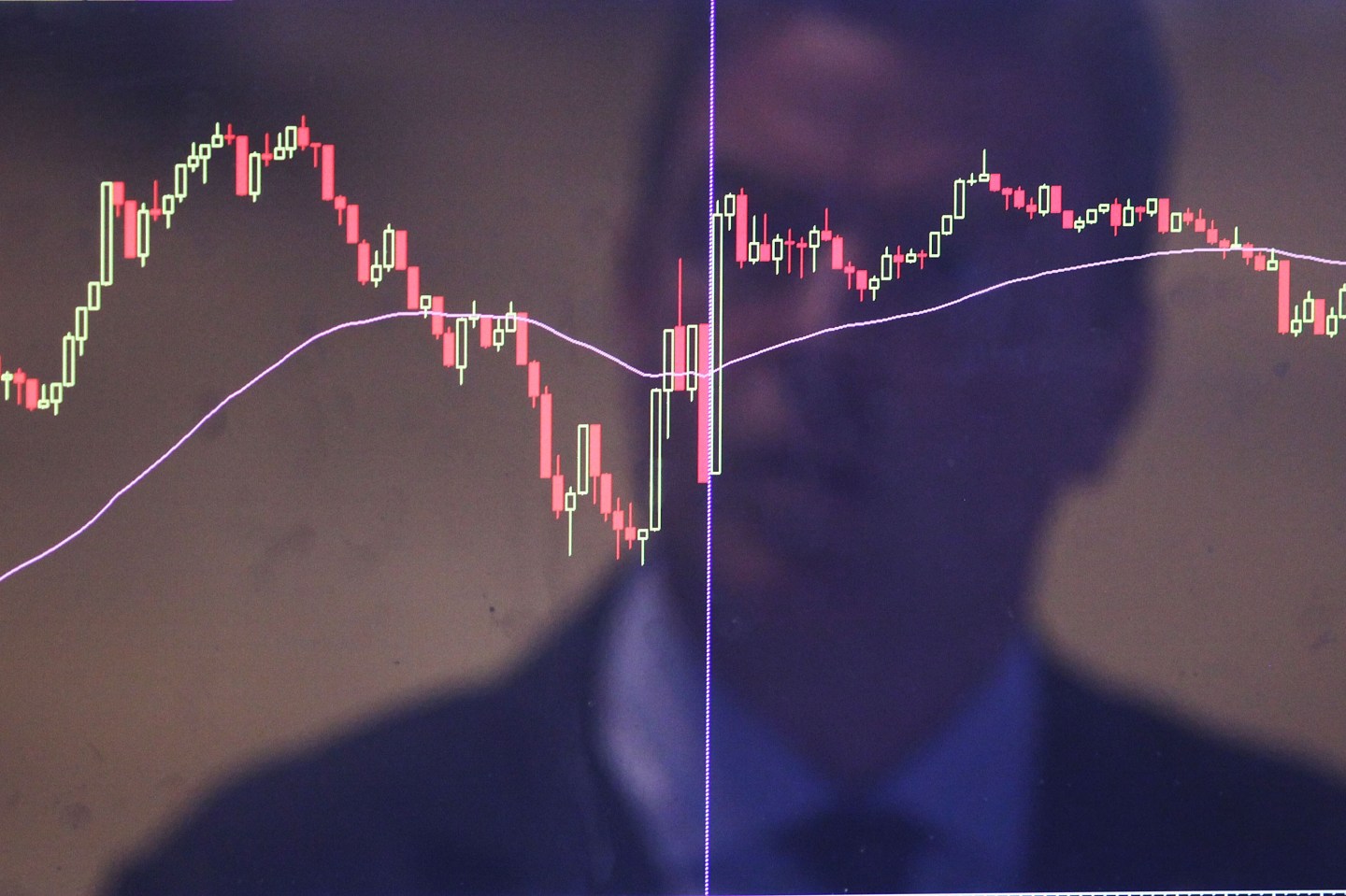 NEW YORK, NY - AUGUST 25: A trader is reflected in a market screen on the floor of the New York Stock Exchange (NYSE) on August 25, 2015 in New York City. Following a day of steep drops in global markets, the Dow Jones industrial average rallied early in the day only to fall over 200 points at the close. (Photo by Spencer Platt/Getty Images)
Spencer Platt—Getty Images

European equities fell for a second straight session to a one-week low on Wednesday, with commodities-related shares coming under further selling pressure as prices of copper and crude oil slipped.

The pan-European FTSEurofirst 300 index was down 2.2% at its lowest level in around a week, extending losses from a 1.3% slide in the previous session.

Commodities-focused stocks bore the brunt of the sell-off, with the STOXX Europe 600 Basic Resources index dropping 4.9% after copper prices fell on persistent concerns about slowing demand in top consumer China.

“The upside potential for commodity prices and commodity-related stocks is limited as there is still a lot of excess supply of commodities. It’s not a good time to increase your exposure to the sector,” said Commerzbank economist Peter Dixon.

Standard Chartered also fell 4.1%, extending the previous session’s 6.7% drop after it reported a slump in profit, as Bank of America Merrill Lynch, Deutsche Bank and Nomura cut their target prices on it.

However, shares in Wolters Kluwer rose 6.4%, the top gainer in the FTSEurofirst 300 index, after the Dutch business information and publishing company reported slightly better-than-expected results as growth in North America and Asia Pacific offset weakness in Europe.

According to Thomson Reuters StarMine data, 55% of the companies on the European STOXX 600 index have met or beaten analyst forecasts with their fourth quarter results so far, while 45% have missed market forecasts

Tokyo’s Nikkei index closed down 0.9% on the lower oil prices and a stronger yen. Chinese shares bucked the trend, with the CSI 300 index of the largest listed companies in Shanghai and Shenzhen closing up 0.7%, led by industrial and infrastructure stocks.