Fold Your Coke Box into a Free Virtual Reality Viewer 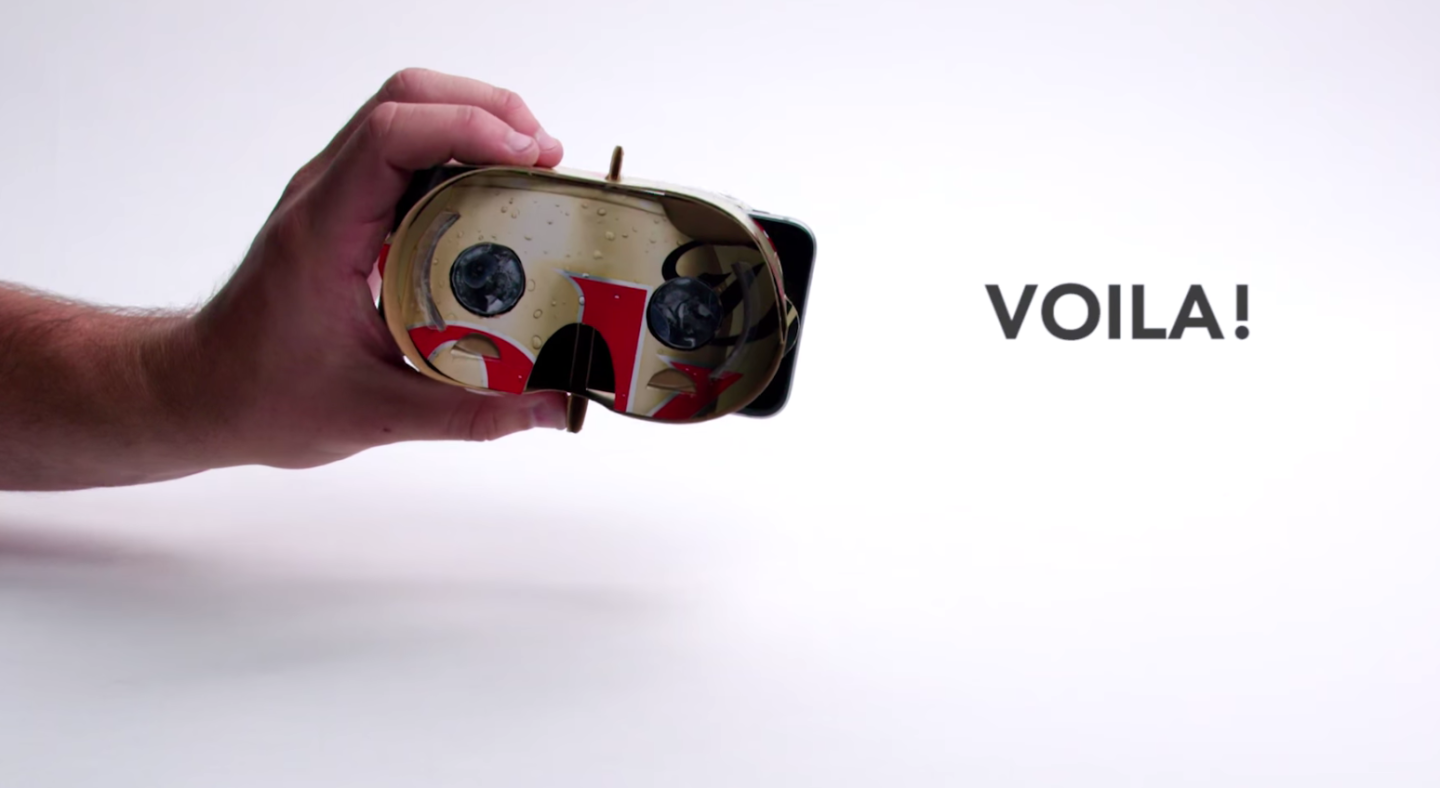 Courtesy of The Coca-Cola Co.

You can’t buy the world a Coke, but maybe you could see the world in virtual reality while you sip your Coke.

That seems to be the idea behind the new designs Coca-Cola (KO) just released that would turn some of the company’s cardboard packaging into foldable, origami-style virtual reality glasses for smartphones.

This isn’t the first time cardboard’s doubled over to make a VR viewer. Google (GOOG) has had its own Cardboard since 2014. With Cardboard VR apps, consumers can play VR games, snap 360-degree pictures, or watch immersive films and TV.

Virtual reality viewers have been a hot topic this week at the Mobile World Congress in Barcelona, where Facebook’s Mark Zuckerberg showed up to tout Samsung’s (SSNLF) new Gear VR headset. (The Gear is powered by software from Facebook-owned Oculus VR.) Facebook’s (FB) Oculus Rift Consumer Edition will debut in March for $599, while the new HTC (HTC) Vive will go for $799.

But with the VR market forecasted to grow to $70 million by 2020, the race for cheaper headsets isn’t limited to the likes of Google Cardboard viewers and Coca-Cola freebie prototypes: Samsung also announced the company will be giving away its $99 Gear headsets to customers who preorder the Galaxy S7 smartphone.