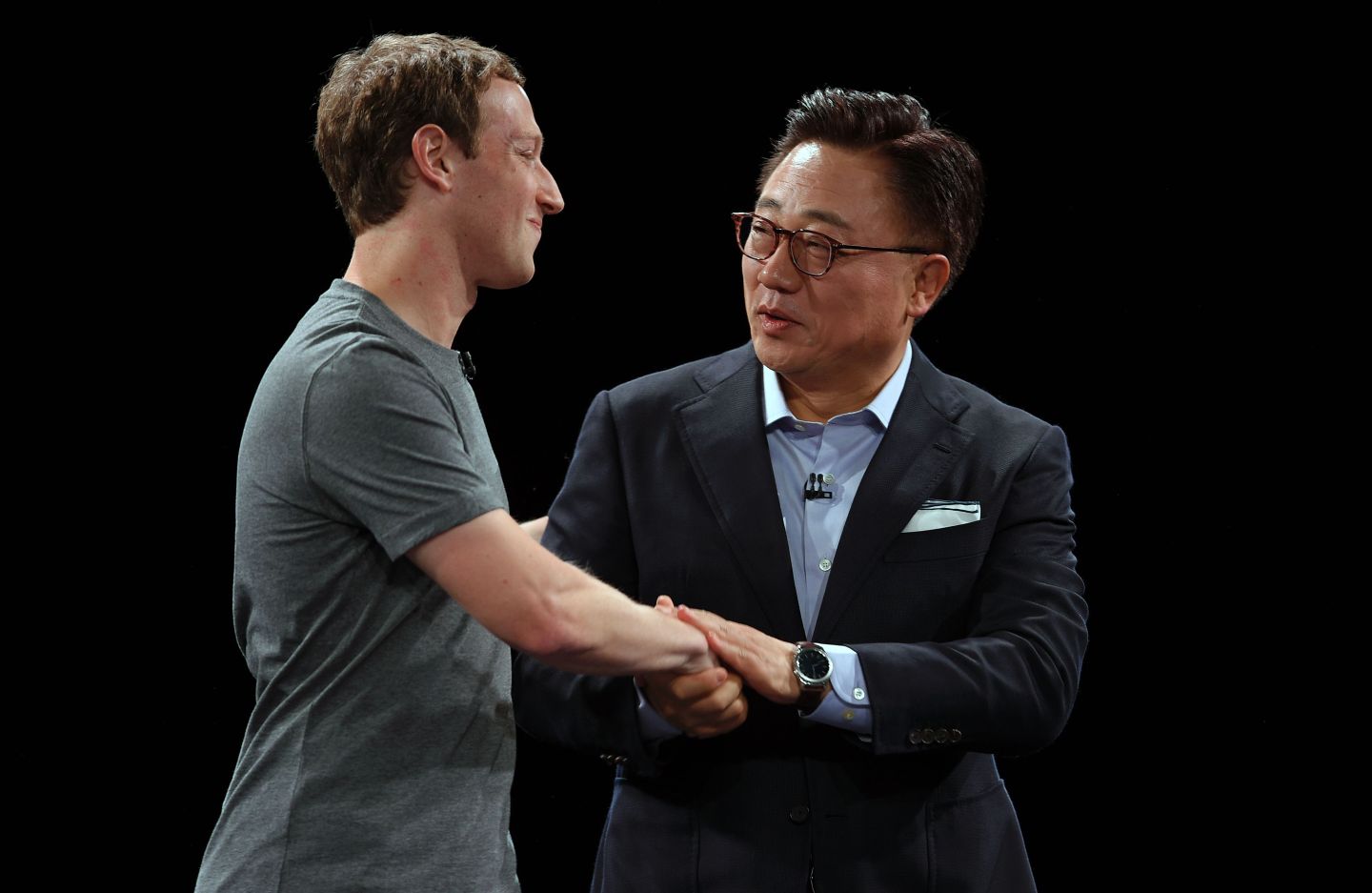 Mobile World Congress, the annual wireless electronics summit in Barcelona, is usually a rather sleepy affair.

Don’t get me wrong—there’s a lot of flash and bang. There are ever-thinner smartphones, even more vibrant tablet computers, and plenty of shiny objects to caress and covet.

But the majority of the news that comes out of the conference is expected. That’s because the mobile electronics industry is largely cyclical. Thinner, faster, more efficient—it’s all still a remarkable feat of engineering. But it’s not surprising, driven in large part by the particular rhythms of the semiconductor industry. (Consider this 2009 gem from The Onion: “New Device Desirable, Old Device Undesirable.” And that was when the smartphone was just taking off.)

But this year’s MWC was different for one big reason. The world’s leading smartphone maker, Samsung (SSNLF), managed to compel the chief executive of the world’s leading social network, Mark Zuckerberg of (FB) Facebook, to speak at its press conference.

Zuckerberg has been to Mobile World Congress before, a sign of how serious Facebook is about the mobile device. And to be fair, he was in Barcelona to deliver a conference keynote the following day. But the context of his appearance—to push virtual-reality technology and his company’s partnership with Samsung for its Gear VR headset, which is powered by software made by Oculus VR, the outfit Facebook purchased for $2 billion in 2014—shows how serious Facebook is about its acquisition.

People wear Samsung Gear VR devices as they attend the launching ceremony of the new Samsung S7 and S7 edge smartphones during the Mobile World Congress in Barcelona, Spain on February 21, 2016.Photograph by Albert Gea — Reuters

And how major a partner Samsung is in realizing it.

Facebook could have dispatched Oculus VR CEO Brendan Iribe if it wanted less of a visible connection between Facebook and Samsung. It could have let Zuckerberg discuss the Samsung partnership during his scheduled keynote, without taking to Samsung’s stage. It could have resisted entirely.

But the message was clear. Both companies are dead serious about VR, a market estimated to be worth $70 billion by 2020, according to estimates by market researcher TrendForce. They need each other—one for its global hardware prowess, the other for its worldwide software excellence—to see it through.

On the screen behind Zuckerberg, the projection read: “The next platform.” It wasn’t necessary—his presence was clear enough.