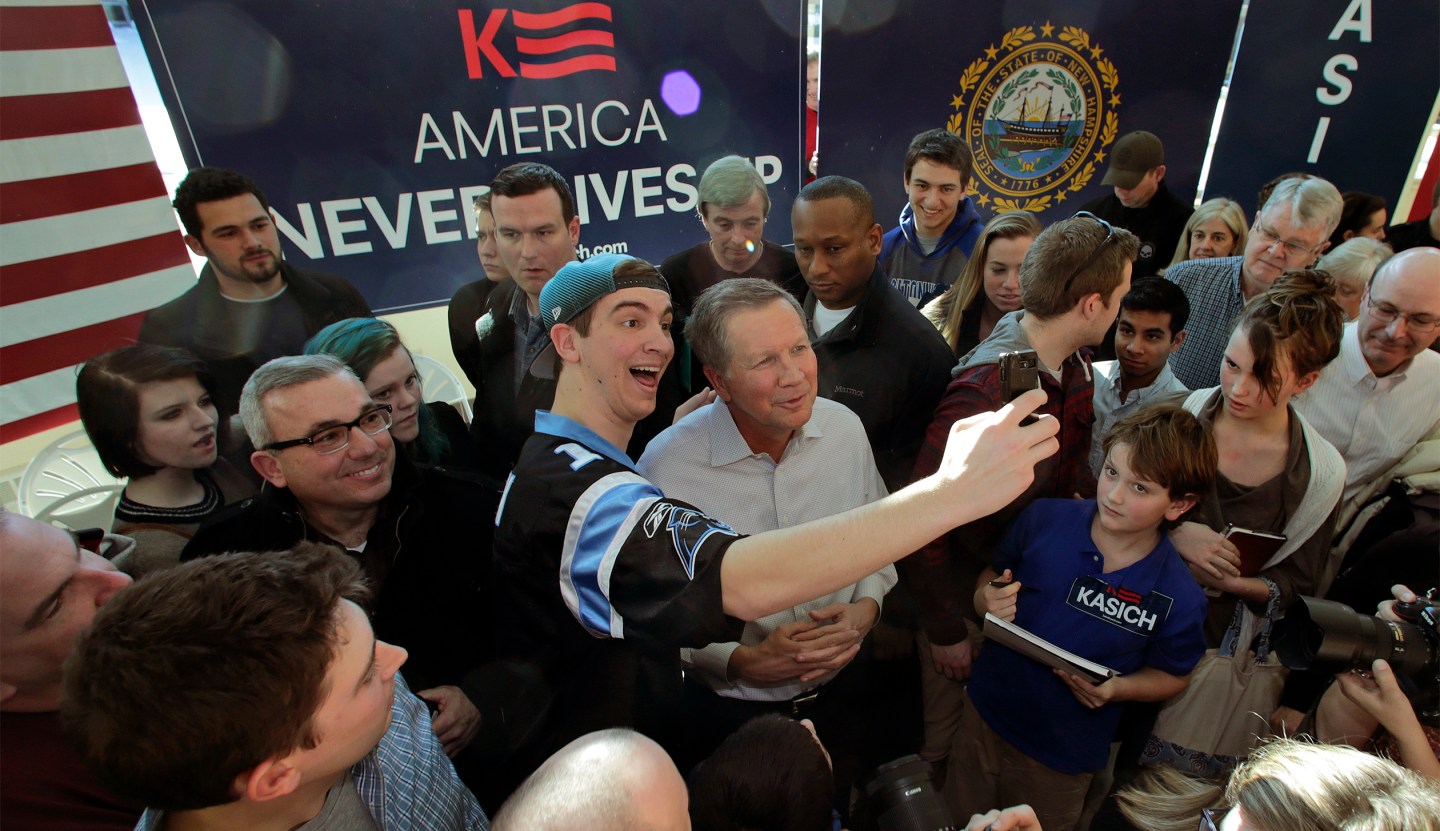 While amateur game theorists speculated on whether the “establishment lane” should coalesce around Jeb Bush (after Marco Rubio’s deer-in-headlights debate moment) or Rubio (after the conservative, southern senator’s comeback in conservative, southern South Carolina), I was knocking on doors for John Kasich’s campaign. In trailer parks and gated enclaves, in college towns and half-shuttered mill communities from northern New Hampshire to the Carolina low country, I walked and listened.

In an election that everyone knows is all about anger, I recognized something crucial: anger takes many forms. It’s no surprise that Bush was unable to tap any of them, but maybe one of the remaining traditional candidates can. They need to ask: how many kinds of angry is America today? Here are five that I encountered.

The put-upon and shunted-aside. The most widely and accurately interviewed anger bloc, often living poorly on the fringe of a community where industry faded years ago. These voters—mostly, of course, for Trump—open the door to a volunteer fresh out of school or a retiree on a fixed income, but see only the T-shirt of an elite that has done nothing for them. They shut the door with a grin, reflecting an attitude they feel—with ample reason—that they’ve suppressed too patiently for too long.

The truly racist. One woman I met—an undecided, as it happens—faulted President Obama for his embrace of Cuba, as well as “that ching-chang-chung place.” While this casual bigot couldn’t be bothered to vote at all—which would have meant dealing with “those black people at the polling station”—others doubtless did (and will), more often than not pulling the lever for Trump.

The exasperated. Seeing the door of a very modest home open directly onto a blanketed woman recovering from an operation, I attempted a polite retreat. I was blocked by her husband, a retired Marine—who was even more polite as he grilled me for half an hour about fixing healthcare, deficits, and military priorities. Similarly, another man left a message for the campaign, explaining that Kasich’s was the only one that hadn’t robo-called his house; he was amazed, and wanted a callback to learn more. The result: another half-hour with a serious but exasperated voter.

A wealthier GOP donor in a waterside golf community put a different face on the same exasperated response. Asked who he planned to vote for, he sighed: “A guy who’s gonna lose. You know…Jeb.” Three very different men, all confronting the same problem of how best to aim their vote in a race of shifting, sometimes sinking, targets. This is anger maturely expressed, seeking a channel toward reform.

Orthodox conservatives for a more orthodox party. Some longstanding Republicans focus their fury on their party for promoting uninspiring moderates—who ended up losing—in the last two presidential cycles. “We lost because Republicans didn’t turn out to vote,” said one businesswoman who this time was “going to vote for the businessman.”

Even sterner on this point are some supporters of Ted Cruz, for whom a clear ideological alternative to the Democratic nominee is more important than the senator’s religious faith. Even those who detest his manner and ethics—one hard-nosed, middle-class man called his campaigns deceptions regarding Ben Carson “despicable”—still lock on the clarity and coherence of his conservatism. The ruthlessness with which he stands to achieve it is an acceptable means to their end.

Those desperately seeking something. As Maj. Sidney Friedman reminded us in “M*A*S*H” a generation ago, “anger turned inward is depression.” Whether their misfortunes are personal or economic—and in the lingering wake of the Great Recession, they are often both, and widespread—some want a candidate who can lift their anger before it poisons them further.

This election cycle is still testing compassion as an antidote to anger. Many supporters of Ben Caron cite it; his numbers peaked months ago. More recently, national attention—and superior results in New Hampshire and South Carolina—have come to John Kasich, who blends empathy with a governing record. A simple hug to a young man in Clemson went viral; on CNN’s “town hall” that evening, he showed the link between his heart and his head for policy.

The Republican originally known for saying “no” to overpriced hammers at the Pentagon is thus becoming a magnet for those looking for a leader who can say “yes” to the possibility of reclaiming their country—one life, family, and community at a time. They accept that no system or policy will serve them until they demand new terms with the personal pain they carry. They’re listening to a man offering a promise to rebuild, just as others cheer on those who are bent on blowing things up.

In Norman Mailer’s last public appearance, made at the New York Public Library, he argued that the appeal of fascism is rooted in the comforting structure of childhood:“Yes, you may do that; no, you may not do that.” One can hope the political response of voters today is rooted in different experiences and emotions. But when the gamesmanship of the remaining establishment campaigns has fallen away, this election will still be about how people feel. The White House may yet go to the candidate who doesn’t just acknowledge their anger whole, but has the ear for its many troubled kinds.